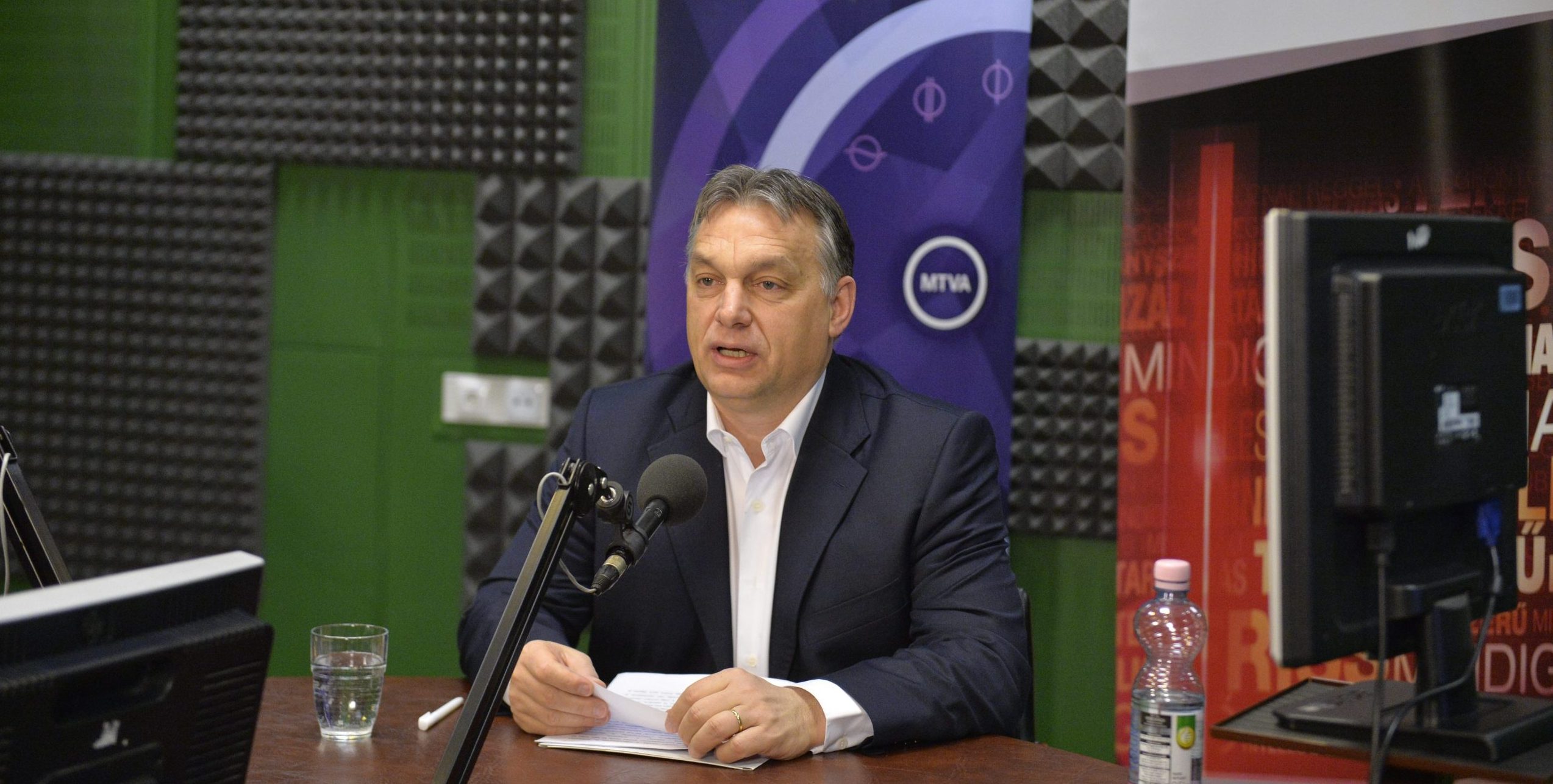 In consequence, next year’s budget, too, must have an epidemic fund and an economy protection fund, he said.

In the next year and a half, the Prime Minister expects to see an even closer correlation between the state of the economy and the performance of the government. “If we do this right […], we will achieve fantastic results,” he stressed.

Regarding the budgets of local governments, the Prime Minister observed that as 2021 will also be about the containment of the epidemic and the protection of the economy, everyone must take part in these efforts, “we laugh together and we cry together,” local governments are “also part of Hungarian life”. Unity is key to these efforts, he pointed out.

If someone starts pulling out of the common containment effort and the government lets this pass, then everyone will want to pull out, he said, stressing that the budgets of local governments will, in actual fact, increase significantly next year, and local governments, too, will have increased tax revenues.

“All in all, there is no reason for the tone some are striking at present,” he stated.

Regarding the new national consultation, Mr Orbán said as they are expecting a second wave of the epidemic in the autumn, in the next few months we will have to create points of understanding which will constitute the pillars of work during the next phase of the containment effort.

The Prime Minister said evaluating the current coronavirus situation that there is no need for the special legal order anymore; however, a state of disease control preparedness must be maintained which means that the Operational Group will remain in session, the system of hospital commanders will be maintained and the powers of the chief medical officer will be reinforced.

He added that Hungary was more successful in the fight against the coronavirus than a number of European countries; in actual fact, the Central European countries in general conducted a very successful fight against the epidemic. The disciplined behaviour of members of the public, swift government decisions, and committed physicians and nurses combined are often worth more than money, Mr Orbán observed.

He highlighted at the same time that also at this time, we must not forget about the elderly as the virus is still present and if it starts spreading, elderly people will again be its main target. Therefore, certain rules that seek to protect the elderly must be kept in place.

In the context of the economy protection measures adopted so far, the Prime Minister said the number of jobs that would have been lost in the absence of government interventions is well above a million.

He also spoke about the credit debt repayment moratorium, as a result of which, he said, more than two thousand billion forints had been left with the people, and which had provided help primarily for low-income debtors. He observed that while banks are not in favour of interest moratoria, it is possible to come to an agreement with them, and they have managed to find a solution which is also acceptable for them. He added that the suspension of debt repayments will not result in compound interest later. “If there is a strong government, it is possible to come to meaningful agreements even with the world’s biggest finance capitalists,” he said.

Regarding the EU’s recovery concept, he highlighted that it is completely contrary to the Hungarian way of thinking which holds that money must be earned first and then spent. If someone believes that they are doing well, are optimistic about their future and decide to take out a loan, they should do so at their own risk, and should not involve others in their own transactions, lest those others should end up paying the price for that person’s bad decision, he argued.

He indicated, at the same time, that he realises that something has to be done because there are states – not in Central Europe – which are in great trouble.

The EU devised the idea of joint borrowing, and while he has reservations, just this once they will have to resort to this solution, he said.

Regarding the V4’s position, he said they have managed to come to a full agreement and have made recommendations.

He said on Friday Slovak Prime Minister Igor Matovic is paying a visit to Budapest with a view to strengthening cooperation between the two countries. He described Mr Matovic as a supporter of Hungarians living in Slovakia, and a decent man who “has a heart”.

In answer to the question as to whether he will thank the Slovak Prime Minister for his apology made on the 100th anniversary of the Treaty of Trianon, Mr Orbán said “in politics, apology is a very difficult genre, and in my view, we don’t require it,” we should instead aim for a fair relationship.

While Hungarian history is far from flawless, there is no apology that could ever rectify the unprecedented injustice of the Treaty of Trianon, he explained, pointing out that his goal is not to make mutual statements about the past “licking our wounds”. “It is not the past that we should seek to change, we can’t do that, and so while remarks about the past are fine gestures, they amount to nothing”.

It is the future that matters, “we already lost the 20th century, but the Hungarian people will win the 21st century; we are a rising, ever stronger and winning country, and that’s what we will be during the period ahead,” he stated, stressing that he envisages a rising Hungary in a rising Central Europe. Therefore, he believes that the Slovak Prime Minister’s comments about the future envisaging joint Hungarian-Slovak results and cooperation are truly valuable.

“It is for us Hungarians to decide whether a few sentences can alleviate an injustice we endured 100 years ago or not. They certainly do not alleviate the pain I feel. I’m not saying that I don’t notice such remarks, but they don’t interest me. What matters is where the Slovak and Hungarian nations can cooperate.” “We are a nation gaining in strength which is seeking partners for a successful future,” he said in conclusion.