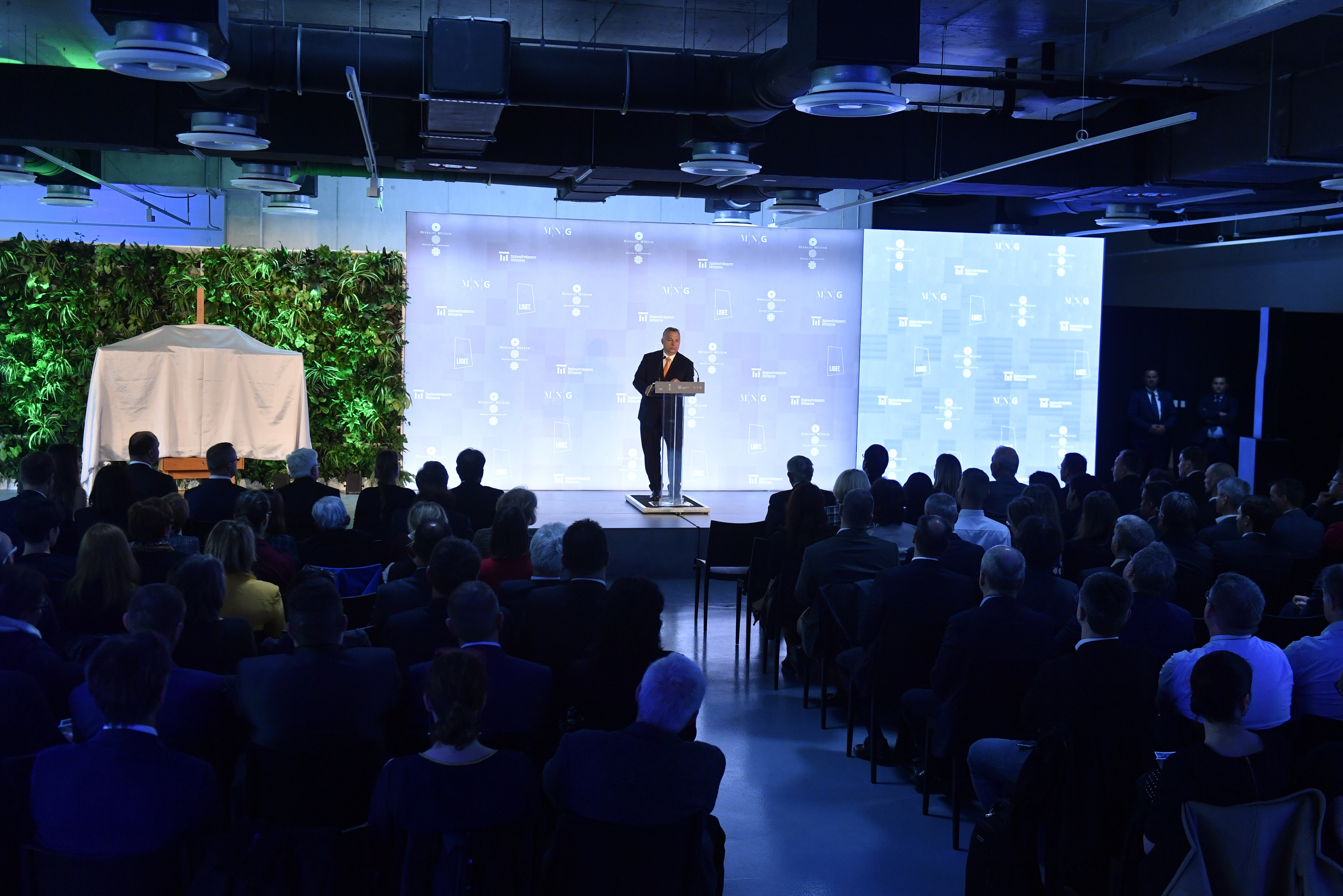 He stressed: “We are proud of Europe’s millennia-old Greek, Roman, Jewish and Christian heritage. We are proud that the Hungarian people have enriched this heritage for a thousand years. […] Therefore when we sense that this culture is at risk a red light comes on in our heads, and we immediately take action.”

Mr. Orbán said that Hungarians are “lucky in comparison with those countries whose indigenous populations cannot even imagine that, within a few decades, in their own major cities they may find themselves in a minority – not only ethnically, but also culturally. […] This cannot happen to us, precisely because when we sense that our identity and survival are threatened by new challenges this light comes on and our alarm bells start ringing.”

Regarding the OMRRK, Mr. Orbán noted that there are only two similar institutions in the whole of Europe: one in London, forming part of the British Museum; and the other in Saint Petersburg, attached to the State Hermitage Museum. He pointed out that the new institution is the largest museological development in Hungary in decades, where more than one million cultural artefacts will be stored and curated. He said that the centre has made Budapest even more beautiful, more modern, and greener.

Speaking about the one million cultural artefacts, Mr. Orbán said that the left-wing, “progressive” attitude to them is that they are “the dusty objects of a dead white culture […] But if we look at them from a national point of view, we can see in them our living cultural heritage […] without the foundations of the past we will subside, and without an anchor we will be swept along by the storms of history […] museums and their support institutions are compasses of thought which both reveal the world to us and tell us our location within it.”

The Prime Minister also said that “ten years ago […] we couldn’t even imagine aspiring to major cultural enterprises. […] But by 2011 our courage was restored […] and we realised that a revived economy would be worth far less without great long-term cultural enterprises.”

At the end of his speech, Mr Orbán said that “in the past only the richest and strongest European nations were capable of cultural developments on such a scale. […] Hungary has strengthened so much that in all modesty we can say that we haven’t been in such good shape for a hundred years.”

The new institution, in Szabolcs utca in Budapest’s District XIII near Városliget (the City Park), forms part of the Liget Budapest Project, and will provide support for the preservation and scientific processing of the collections of the Museum of Ethnography, the Museum of Fine Arts and the Hungarian National Gallery.