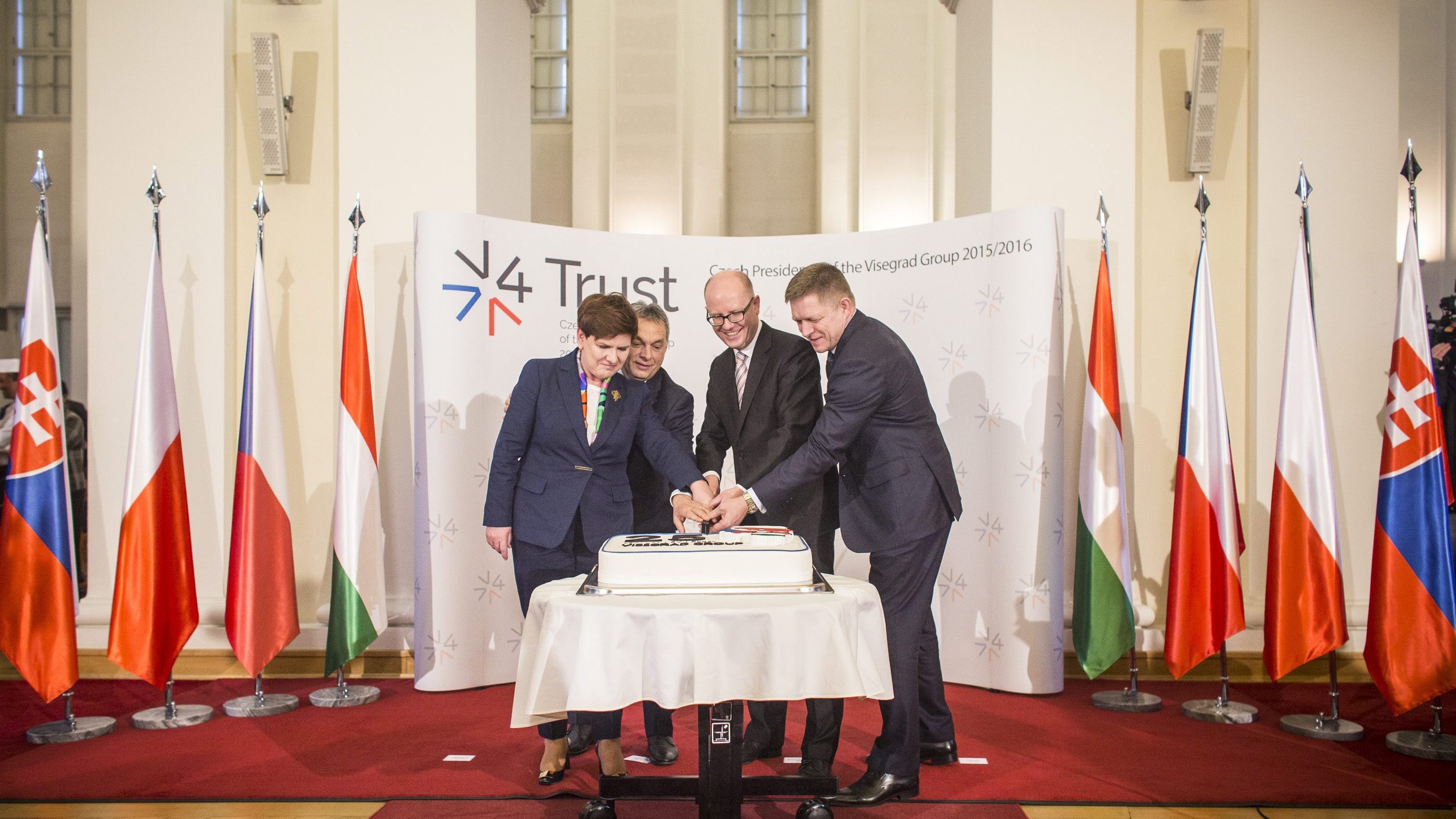 A second line of defence needs to be established
15. 02. 2016.
| source: Cabinet Office of the Prime Minister
At a press conference following a special summit of Visegrád Four (V4) prime ministers in Prague, Prime Minister Viktor Orbán said that the policy the European Union has so far pursued in handling the migration crisis has failed, the external Schengen borders could not be protected, and therefore a new, second line of defence is needed.

“Our position remains that the wave of migration must be controlled, and it must be halted”, the Prime Minister explained. However, the line of defence between Turkey and Europe is not working, he said, and it has so far failed to halt the influx of migrants. “The past months have shown that the EU has not succeeded. Therefore – logically, and in line with our political responsibility – we must discuss the possibility of a second line of defence”, he stated.

Mr. Orbán added that “what Hungary can do is provide help to all those who are willing to ensure the establishment of a second line of defence to the south of Hungary’s borders”.

He also noted that there are approximately 38.5 million people living as internally displaced persons in countries outside Europe, and “this is the mass of people which could set off for Europe at any time”.

Mr. Orbán pointed out that another large wave of migration is threatening Europe from Ukraine, but the V4 have been successful in preventing this. “We do not receive any support to do this, but we are protecting Europe from the burden of this mass movement”, he explained.

The summit was also attended by the prime ministers of Bulgaria and Macedonia. Mr. Orbán said that both countries have handled the migration crisis successfully, and therefore Hungary supports Bulgaria’s accession to the Schengen Area, and Macedonia should also be offered EU membership.