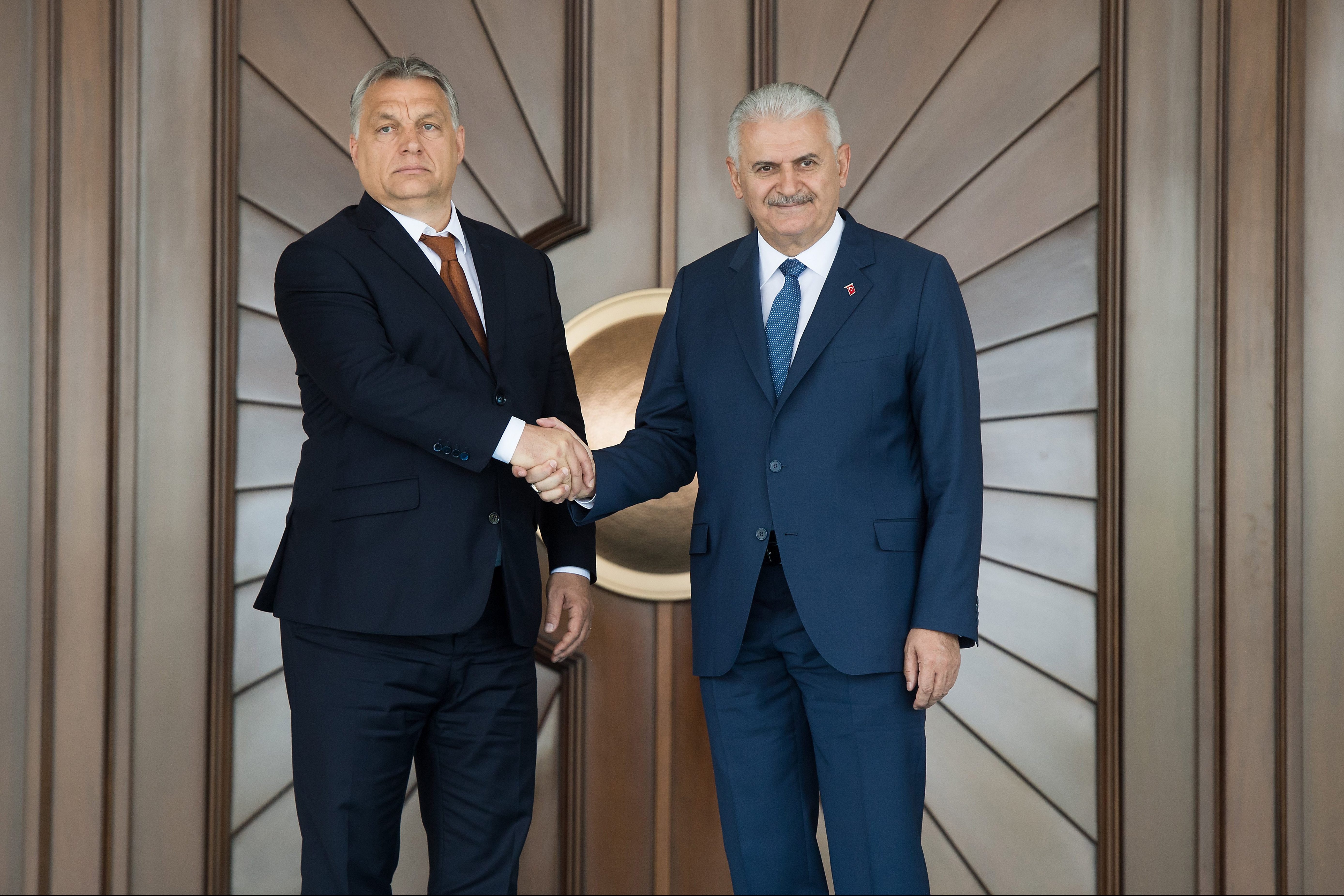 A stable and strong Turkey is in our interest
03. 07. 2017.
| source: Cabinet Office of the Prime Minister/MTI
In Ankara on Friday Prime Minister Viktor Orbán said that it is in Hungary’s best interests for Turkey to be a strong and stable country, with a clear leadership which is able to enforce its will.

The Prime Minister, together with several of his ministers, attended a meeting in Ankara of the High Level Strategic Cooperation Council, which effectively functions as a Hungarian-Turkish “Cabinet meeting”, or intergovernmental summit.

At a press conference after the meeting, Mr. Orbán said that, although they are Turkey’s internal affairs, Hungary welcomes Turkey’s constitutional changes, because they enhance Turkey’s capacity to defend Europe, and thereby Hungary.

He said that Hungary sees Turkey as an esteemed member of NATO, a vital element and a key ally for Europe. Without Turkey, he said, we are unable to take action successfully against “two major problems of the modern era”: terrorism and international migration.

The Prime Minister thanked Turkey for its efforts on these two issues, and said that the country deserves respect, because it has protected Hungary, and is protecting the future of the whole of Europe. It would be good if everyone recognised this, he remarked.

He observed that the two countries cooperate in international forums and take joint action against examples of double standards that emerge from time to time, demanding fair procedures and consistency.

He also said that [on Saturday] Hungary would take over the Presidency of the Visegrád Four (V4), and he therefore drew attention to the opportunities inherent in Central Europe.

Mr. Orbán went on to speak about the importance of cultural heritage, stating that the promotion of our common cultural heritage may bring younger generations closer to each other. The two countries also plan to establish joint educational institutions, he added: a university and a secondary school.

In the context of bilateral economic relations, Mr. Orbán highlighted that in 2013, when Recep Tayyip Erdogan visited Budapest as Prime Minister of Turkey, he set the clear target of increasing the volume of Hungarian-Turkish trade to five billion dollars. This target has not yet been reached, Mr. Orbán said, but bilateral trade increased by 17 per cent in the first four months of the year, and the volume of trade may surpass three billion dollars by the end of this year. There is, however, a great deal more still to do, he explained, adding that this is why the business delegation travelling to Ankara was so large.

Finally Mr. Orbán invited his Turkish counterpart to make an official visit to Hungary, and said that a magnificent future for Turkish-Hungarian relations is unfolding, and the two nations can create great things together in the future

Prime Minister of Turkey Binali Yildirim stressed that the Hungarian and Turkish peoples are linked by an old friendship, and while political relations are good, trade cooperation should be improved further.

He said that after last summer’s coup attempt in Turkey the Hungarian government had stood up for Turkey in the strongest possible terms, and he thanked Mr. Orbán for this expression of “solidarity”. Immediately – on the day after the coup attempt – Hungary had reassured the lawfully elected Turkish government, the head of state and the Turkish people of its support; this gesture can serve as an example for a great many other friendly countries, he said.

The Turkish prime minister said that he thinks bilateral relations are developing continuously, there is good cooperation also at the highest levels, the two countries are in agreement on many issues, and they share similar views on several questions.

He remarked that Turkish head of state Recep Tayyip Erdogan is planning to pay an official visit to Hungary, which could take place in the autumn. Mr. Yildirim also said he thinks that trade relations should be enhanced, and they will seek to eliminate any obstacles that may stand in the way of this.

He said that although Turkey and Hungary have no common borders, Turkey sees Hungary as a neighbourly country: Budapest can be reached from Istanbul in just an hour and a half, and this is something which is worth taking advantage of. The path to the heart of Europe leads through Hungary, while Turkey is situated at the border between Europe and Asia, he added.

Answering a question, Mr. Orbán also pointed out that economic relations are improving dynamically, but “the potential is much greater”, and the parties therefore agreed to identify certain priority topics which could add impetus to the development of relations. Major Turkish investments are now being outlined, and there are also areas in which the Hungarian economy is also capable of more in Turkey, he said.

After the press conference Mr. Orbán laid a wreath at the Atatürk Mausoleum, and was later scheduled to meet President Recep Tayyip Erdogan and Speaker of the House Ismail Kahraman.

At the end of his programme, the Prime Minister was scheduled to present the Middle Cross of the Hungarian Order of Merit to Serdar Cam, President of the Turkish Cooperation and Coordination Agency (TIKA), in recognition of the work he has done in the restoration of historic Turkish sites in Hungary and the strengthening of bilateral relations. 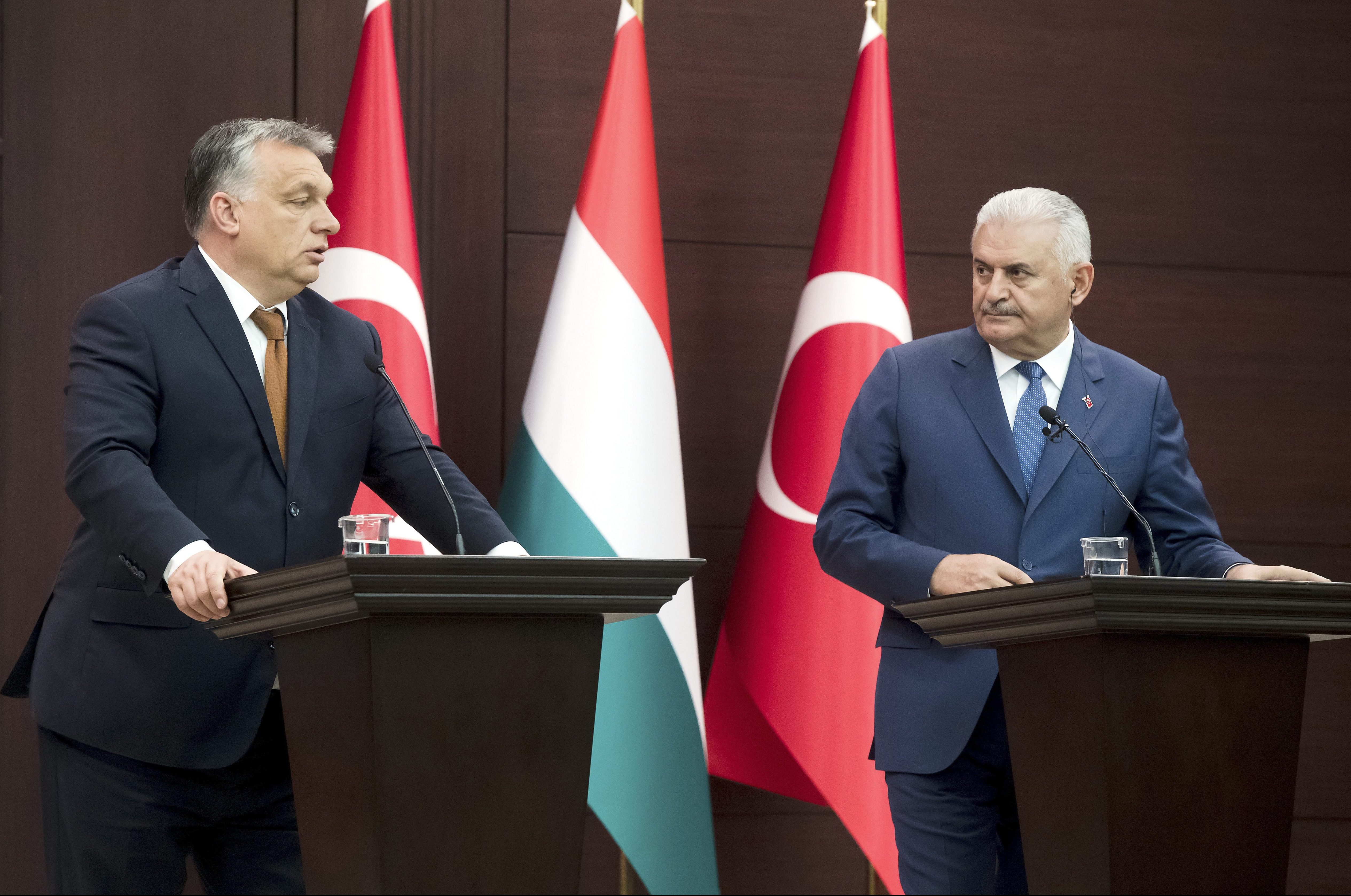 Hungary is on Turkey’s side