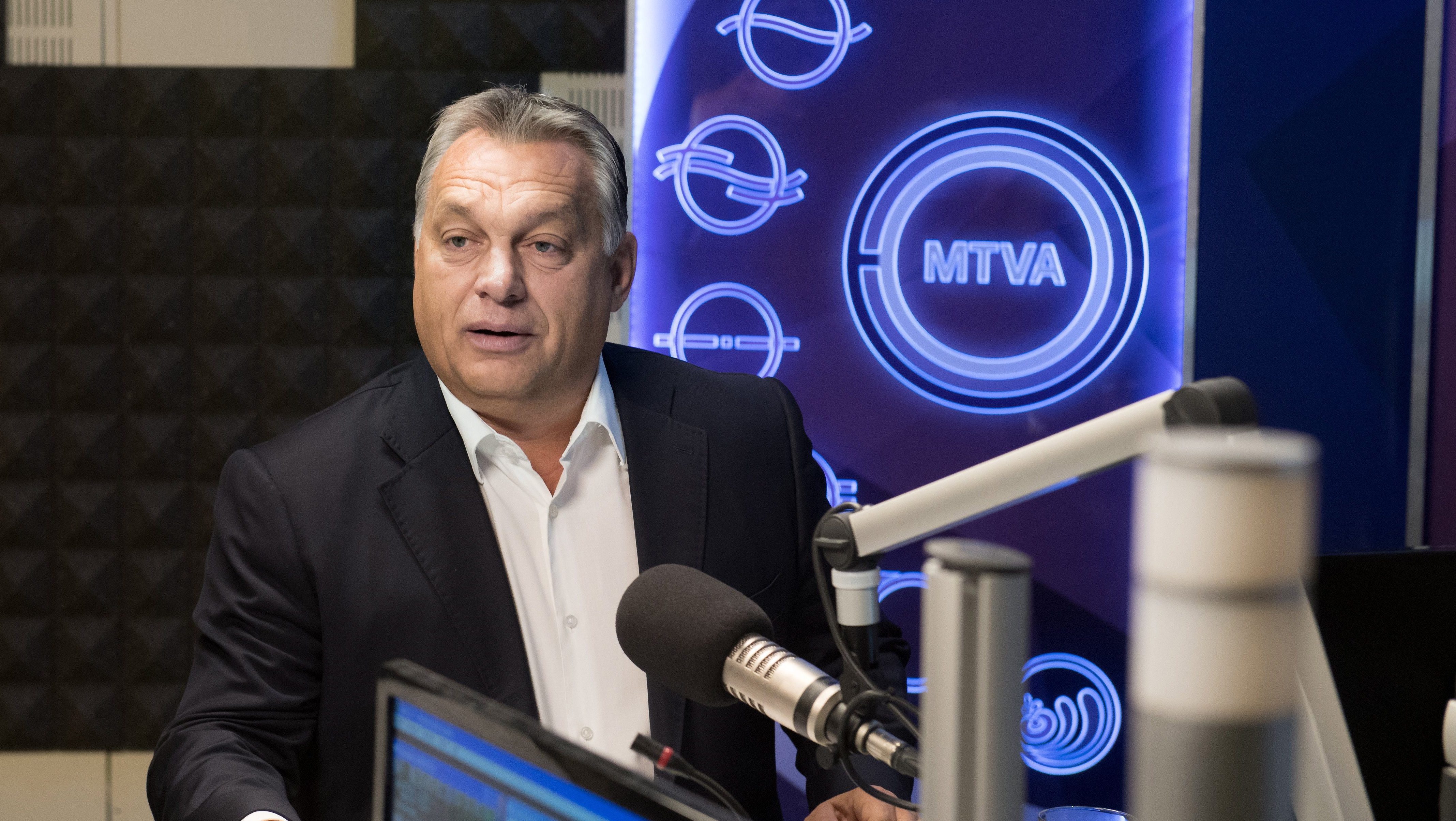 Brussels is implementing the Soros Plan
06. 10. 2017.
| source: MTI
According to Prime Minister Viktor Orbán, the “Brussels machine” is implementing George Soros’s plan in relation to immigration, but in the National Consultation on “ The Soros Plan” the Hungarians can send Brussels the message that they are standing up for national interests.

Speaking this morning on the Kossuth Radio programme “180 Minutes”, the Prime Minister said: “George Soros has bought people and organisations, and Brussels is under his influence; they want to demolish the fence, allow millions of immigrants into Europe, then distribute them using a mandatory mechanism; and they want to punish those who do not comply”.

Events in Brussels are progressing exactly as in the plan published by George Soros, Mr. Orbán continued, saying that “this is a kind of plan”, but Hungary “is not a nation of fools”, and cannot pretend that “events simply happen by accident”.

The Prime Minister stated that “We have revealed the fact that a Soros Plan exists, which in fact is something which the author himself has also admitted”, and “we have placed it at the centre of political life”.

In relation to the National Consultation on “The Soros Plan”, the Prime Minister said that “If Hungary wants to protect its interests, then everyone in Brussels must feel that the great majority of those in Hungarian society who are prepared to voice their opinion stand up for national interests and for what the Government also represents”.

Commenting on reform proposals related to the future of the EU, the Prime Minister pointed out that while plans are being devised on the European Union’s future, “the Schengen system is turning to dust in our hands”, and instead of the EU’s external borders being protected, internal borders are being erected. To underpin this point, he cited the proposal that Member States should have the right to reinstate border controls within the Schengen Area for a period of three years. In this way, he observed, Europe is once again involved in restricting the free movement of workers.

Another topic in the interview was the infringement procedure launched in response to the Hungarian Act on NGOs, which Mr. Orbán described as a political affair: “What is in fact happening is that the Brussels bureaucrats want to use legal procedures to force a political decision on Hungary”. According to the Prime Minister, the Brussels case against the legislation is a document which has been prepared in compliance with a political order. “An intelligent lawyer wouldn’t even pick it up for fear of getting their fingers burnt”, he said, describing it as “the subject of public ridicule throughout Europe”, being “so ridiculous that nothing can be done with it”. He noted that “If we were to accept it, we too would become ridiculous”.

“All the law states is that if someone receives money from abroad then they have to declare it. End of story. What does that violate?” the Prime Minister asked.

According to the Prime Minister, the real question is how long Brussels can bear “this becoming an object of public ridicule”.

The reason the whole European Union is in trouble, and the reason the European leadership has no credibility, is that the bureaucrats there are making decisions such as this one, he noted, “and are insulting and offending Member States with such things”.

On the subject of Central European University (CEU), Mr. Orbán repeated that everyone must obey the law – including billionaires, American-Hungarian dual nationals and the organisations they finance. In relation to CEU he said that the complicated matter in question is currently being discussed at expert level.

With regard to the European Parliament’s “rule of law” procedure, the Prime Minister noted that “a delegation from Brussels was here not long ago” to monitor Hungarian investments, they established that they do indeed exist, and that Hungary is in no way exceptional.

He stated that everything beyond this is again simply a political attack, and that “MEPs obviously have to find something to keep themselves occupied, while we – instead of them – are protecting Europe”. While the Hungarian government is performing this task, “they sit in their comfortable offices […] and nit-pick in their pomp”, Mr. Orbán said, “but to us this is like water off a duck’s back”.

The Prime Minister said that he believes that the people who are writing the report on Hungary are also all “Soros’s people” and are “eating out of his hand”. In his opinion their report will really be about it being better if there were no fence, and it being better to let in the migrants and give them money.

Mr. Orbán confirmed that the prime ministers of the Visegrád group (V4) will next meet European Commission President Jean-Claude Juncker for a “friendly discussion” on the eve of the upcoming EU summit in Brussels.

The Prime Minister was asked about the Hungarian school in Romania’s Marosvásárhely (Targu Mures) and Ukraine’s new Education Act. He explained that in Romania “we are further ahead than we were”, because he had succeeded in improving personal relations with President of the governing party, Liviu Dragnea, and this “would seem to provide some hope for the future”. He described the situation in Ukraine as different, however, saying that “at the moment we’re engaged in attempting to establish cooperation between those countries whose minorities have been subject to a violation of their rights”. Mr. Orbán said that they do not want to threaten Ukraine, but make it understand that the country cannot take away rights that have already been provided to minorities while it is “at war” – or at least has a “border conflict” – with Russia, while its economy is in trouble, and while it cannot count on receiving any assistance except from the EU.

In relation to the domestic political situation, Mr. Orbán commented: “The fact that all kinds of prime ministerial candidates for opposition parties are suddenly springing up like mushrooms after the rain doesn’t mean that the campaign is beginning”. He said that for the moment the Government is unable to take part in a campaign because it has work to do, adding that “the campaign will begin when, two and a half to three months before the election, the Government has completed its four-year task”.

Mr. Orbán was asked about a claim by the Center for Fundamental Rights that the Prosecutor’s Office could ask for dissolution of the opposition Jobbik party if the latter is not prepared to cooperate with the State Audit Office. The Prime Minister said that he would not like to raise this matter to a political level, because it is a technical, legal, supervisory and financial issue. “The laws should be obeyed, and then there won’t be any problems”, he said.