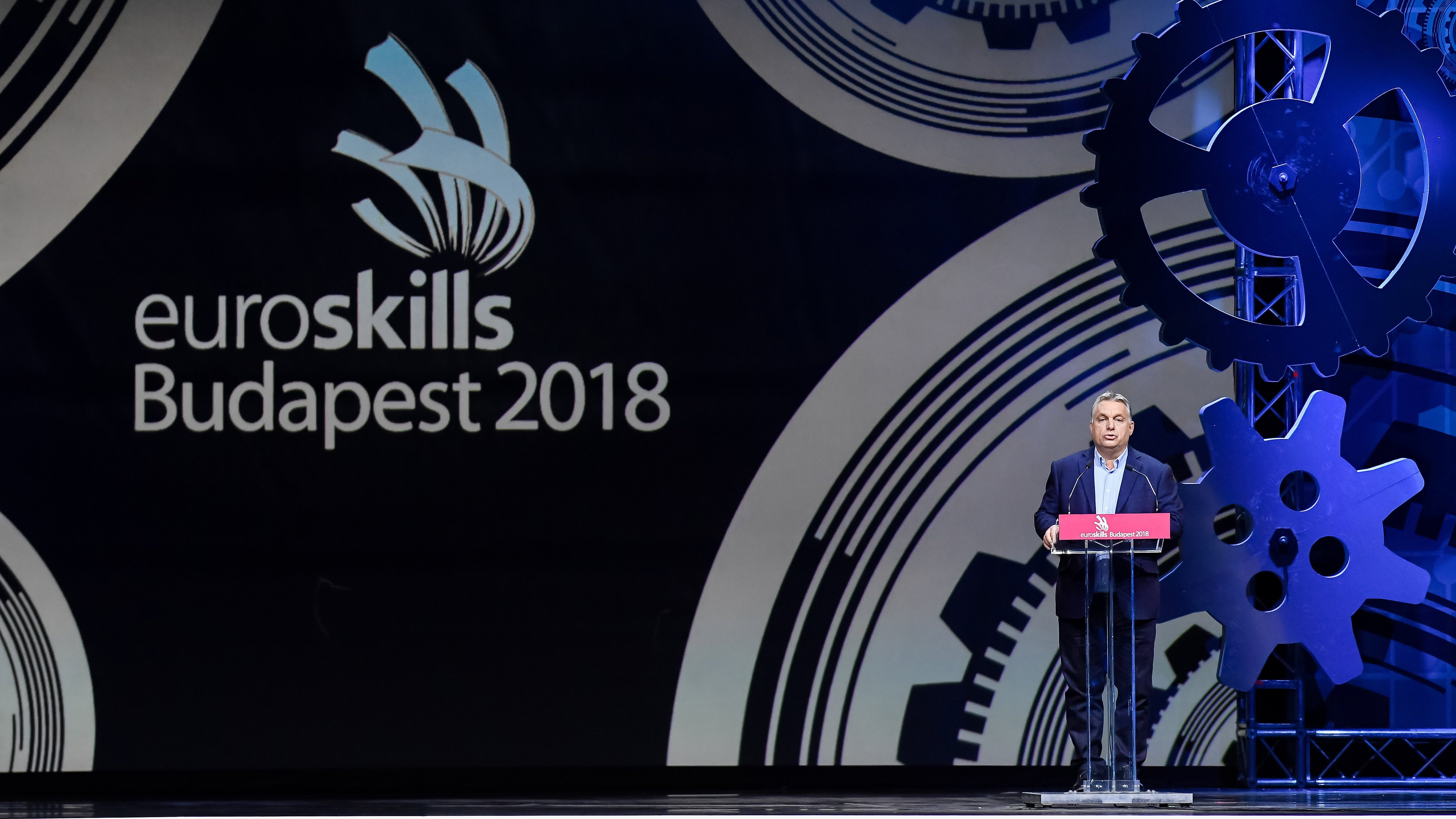 The Prime Minister highlighted that young people truly have a crucial role to play in the contest between the world’s major regions. He added that Europe is ageing, its population is declining, and therefore it is at a major competitive disadvantage.

The Prime Minister said that the only way to overcome this disadvantage is by training excellent trade professionals, and Europe can only regain its strength if it raises and trains the best skilled workers in the world. He described the talent, knowledge and hard work of the participants as the “gold standard” of Europe’s competitiveness.

Mr. Orbán pointed out that Hungary has world-class workers whom the country is proud of and honours, and that Hungarians can rely on their intellectual and physical strength, knowledge and work.

He argued that, just as in life in general, professions are subject to the laws of arithmetic: in life these dictate that if there are no young people, there is no future either. He added, however, that if children are born and there are young people, but they feel that they have no future, then their country has no future either; and if countries have no future, then Europe has no future, and everything which has been created on this continent over the past two thousand years will disappear.

The Prime Minister asked young contestants to make a commitment to learning, to work, to their country, and to fight for all this.

In his speech he quoted the Fundamental Law of Hungary, which states that Hungary places trust in the commitment of younger generations, and that it believes that the current generation’s children and grandchildren will make Hungary great again with their talent, persistence and moral strength. He added that this is not only true for Hungary, but also for the whole of Europe.

At the opening event László Parragh, President of the Hungarian Chamber of Commerce and Industry, said that the organisation of the EuroSkills competition is a source of great pride and also a challenge for the Chamber, as there are 525 contestants in attendance from 28 countries representing 37 professions, as well as 500 experts. Events are being held across an area of 60,000 square metres at the Hungexpo exhibition centre, where around 80,000 visitors are expected during the course of the competition. The President of the Chamber welcomed the 150 sponsors and 700 volunteers.

The President of the Chamber asked parents to pay attention to what their children are good at and which activities they enjoy, because those are ones in which they may fulfil their potential and be successful.

Mr. Parragh said that, together with decision-makers, the Chamber must operate an educational system in which opportunities are infinite, and which offers easy transfer between the various types of school, between secondary and higher education, and between different professions. He observed that today this is the direction that Hungary is heading in, and this is where the future of Europe can be seen.

Welcoming the participants, Dita Traidas, President of WorldSkills Europe, said that this year EuroSkills, the European trade skills competition, is celebrating its tenth anniversary. The President of WorldSkills Europe said that Budapest is an extremely inspiring place, and that this event will have an impact on the professional careers of the young people taking part in the contest.

Ms. Traidas said that with the organisation of this year’s EuroSkills, Hungary is proving that the existence of trades and professions is important for it, and that young Hungarians are ready to build their country and enhance its competitiveness in Europe. She stressed that this year’s EuroSkills contest also highlights the fact that Hungary values those who choose a trade as their career.

The President of WorldSkills Europe said that the essence of EuroSkills lies in encouraging and promoting excellence, and it creates links between its members, industry representatives, trainers and young contestants in their areas of skill.