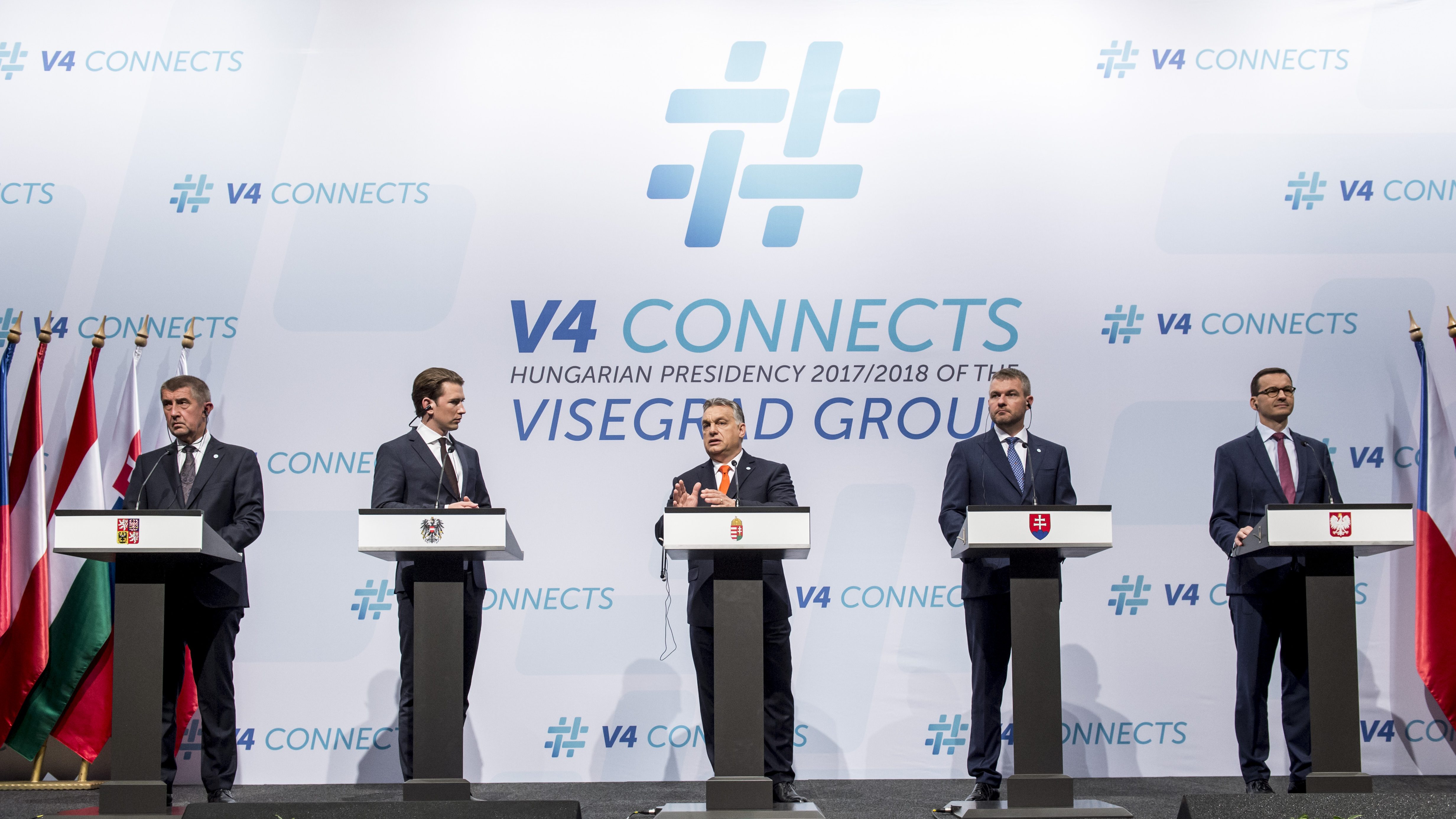 At the joint international press conference following the summit, Mr. Orbán also said that Europe must be capable of achieving a situation in which relations between the Member States of the European Union are essentially cooperative rather than confrontational.

It follows from this, he continued, that on the issue of migration the emphasis must be placed on points on which the parties can come to an agreement. The Prime Minister mentioned two such issues: border defence and the need to set up external refugee camps outside the EU. “There is no point in forcing issues on which there is no agreement, such as migrant quotas”, the Prime Minister added.

Therefore the Hungarian proposal is that the Member States should solve those issues related to migration which they are able to solve, and should place the emphasis on points on which there is agreement. Mr. Orbán said that the meeting on Thursday was a special one, firstly because they had the opportunity to play host to Austria’s head of the government, which is always an honour for Hungary.

He said that the visit was, however, more than an honour in a general sense, as the current Austrian chancellor plays a key role in issues on the agenda: migration, the European budget and Central European cooperation. Prime Minister Orbán said that the meeting was also special because Hungary’s V4 presidency is coming to an end, and the presidency will be taken over by Prime Minister Peter Pellegrini on behalf of Slovakia. Mr. Orbán wished his counterpart success, saying that “there is only one thing that makes one feel better than receiving the presidency: handing it over.”

The Prime Minister said that the V4 had welcomed the Chancellor “in order to hear him tell us about the plans which will guide his leadership of the Council of the European Union in the second half of this year.”

Mr. Orbán stated that the Austrian chancellor’s opinion is all the more important to Hungary because Austria is Hungary’s most important economic partner – not only historically, but right up to the present day. He added that it is in Hungary’s interest for Austria’s presidency to be successful. Hungarian expectations and hopes are high, he said: Hungary hopes that after the Austrian presidency the EU will be a stronger, fairer and safer community than it is today. He stressed that the V4 and Hungary have always wanted a strong Europe, for which there is a need for good presidents.

The Hungarian prime minister said that the participants did not ignore issues on which there is no agreement between the V4 and Austria: there was open discussion about the issue of nuclear energy and the changes implemented in Austria related to the system of family allowances.

These debates, too, were conducted in a civilised manner, Mr. Orbán stressed, as is appropriate for five serious countries. He said that he is “now more convinced than ever that Central Europe is not simply a part of the European Union, but that its culture and the qualities and courage of its leaders give us every reason to hope that Central Europe will increase rather than diminish the strength of the European Union.”

We are preparing for the rise of Central Europe

“We are preparing for the rise of Central Europe”, the Hungarian prime minister pointed out, adding that “the Slovak presidency of the Council of the European Union will be part of this – as also, I believe, the Austrian presidency will be.” Mr. Orbán said that they had begun and ended the Thursday meeting with high hopes, and he thanked his colleagues for visiting Budapest.

Donald Tusk will visit Budapest, the V4 will not attend the mini-summit on migration

In closing, Mr. Orbán said that Donald Tusk, President of the European Council, will visit Budapest on Friday.

In reference to the informal mini-summit on migration being held in Brussels on Sunday, the Prime Minister said that the V4 agree that the organisation of meetings at the highest level on the issue of migration is the task of the European Council headed by Donald Tusk, and not of the European Commission.

“We understand that in some countries there are internal political difficulties, but this must not be allowed to lead to ill-considered haste at a European level […] and acting in haste will lead to chaos”, Mr. Orbán said, reiterating that the V4’s position is that it is not the European Commission’s task to organise summits for heads of government, but the duty of the President of the Council. The latter had indeed discharged this task, the Prime Minister said, by convening a summit for the following Thursday, which will also deal with the issues of asylum and migration.

Therefore, Mr. Orbán said, the V4 would not be attending the mini-summit on Sunday, but will state their position at the upcoming Brussels meeting the following Thursday.