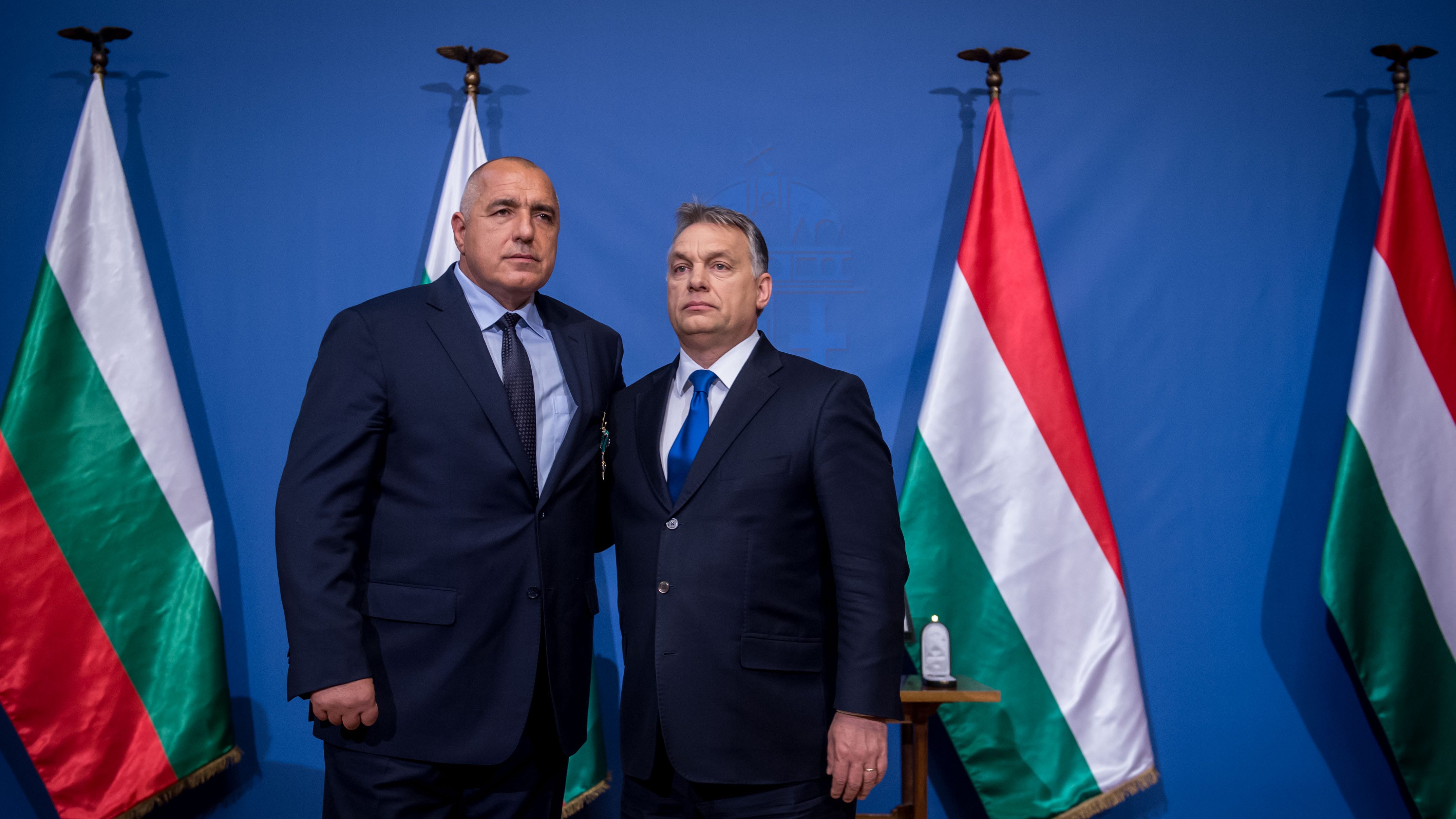 Europe’s fate is once again being decided at Bulgaria’s southern borders
30. 11. 2016.
Prime Minister Viktor Orbán has presented Bulgarian prime minister Boyko Borissov with the Civil Division of the Hungarian Order of Merit. In his address, Mr. Orbán said that once again Europe’s fate is being decided at Bulgaria’s southern borders, and that the Bulgarians are not only standing up for their own country and strengthening Hungary’s security, but are defending the whole of Europe.

Mr. Orbán said that for more than one thousand years Hungary and Bulgaria have withstood the storms of history, and so they realise that there are historic errors which cannot be corrected. “We seek to make all our decisions serve the interests of our nations, because this is the only way to defend ourselves and Europe”, he said. He added that what Bulgaria is now doing is not specified as its obligation in any treaties, but is something which it is obliged to do by its history and its Christian values.

Europe’s southern borders must be protected once again, the Prime Minister said, and this task falls on those who not only have long histories, but also long memories.

The Prime Minister welcomed Mr. Borissov as a friend of Hungary, saying that the Bulgarian prime minister has done a great deal to ensure that friendship between the two countries should not only be a subject for the chronicles of history, and to ensure that this friendship should not only be linked to the past, but also to the present and the future. He added that Hungarians have always taken comfort in the knowledge that “there is a people in the Balkans with a fate, a spirit and a history akin to ours”, a people which understands Hungarians’ actions and way of thinking.

He stressed that this is a valuable friendship, particularly as now “Europe is behaving like someone who has not learned anything from the past centuries, but forgotten everything”.

Mr. Orbán stated that it is a matter of pride and joy for Hungarians to honour Boyko Borissov with this state decoration, which speaks of Hungarian-Bulgarian friendship, and is also a tribute to an extraordinary political career.

Mr. Borissov said that Europe’s situation is becoming increasingly difficult. He pointed out that in times like this leaders such as Mr. Orbán, who are able to evaluate situations in a sober manner, are very important for Europe.

He said that the state honour he has received can be seen as an encouragement for all who understand the significance of protecting borders, and he therefore accepted it on behalf of all those who are currently working to protection the borders.

The official text supporting the award stated that the Bulgarian prime minister received the decoration in recognition of his efforts to promote the strengthening of the thousand-year-old Hungarian-Bulgarian friendship, and his actions aimed at protecting Europe’s southern borders, which are also crucial for Hungary’s security.