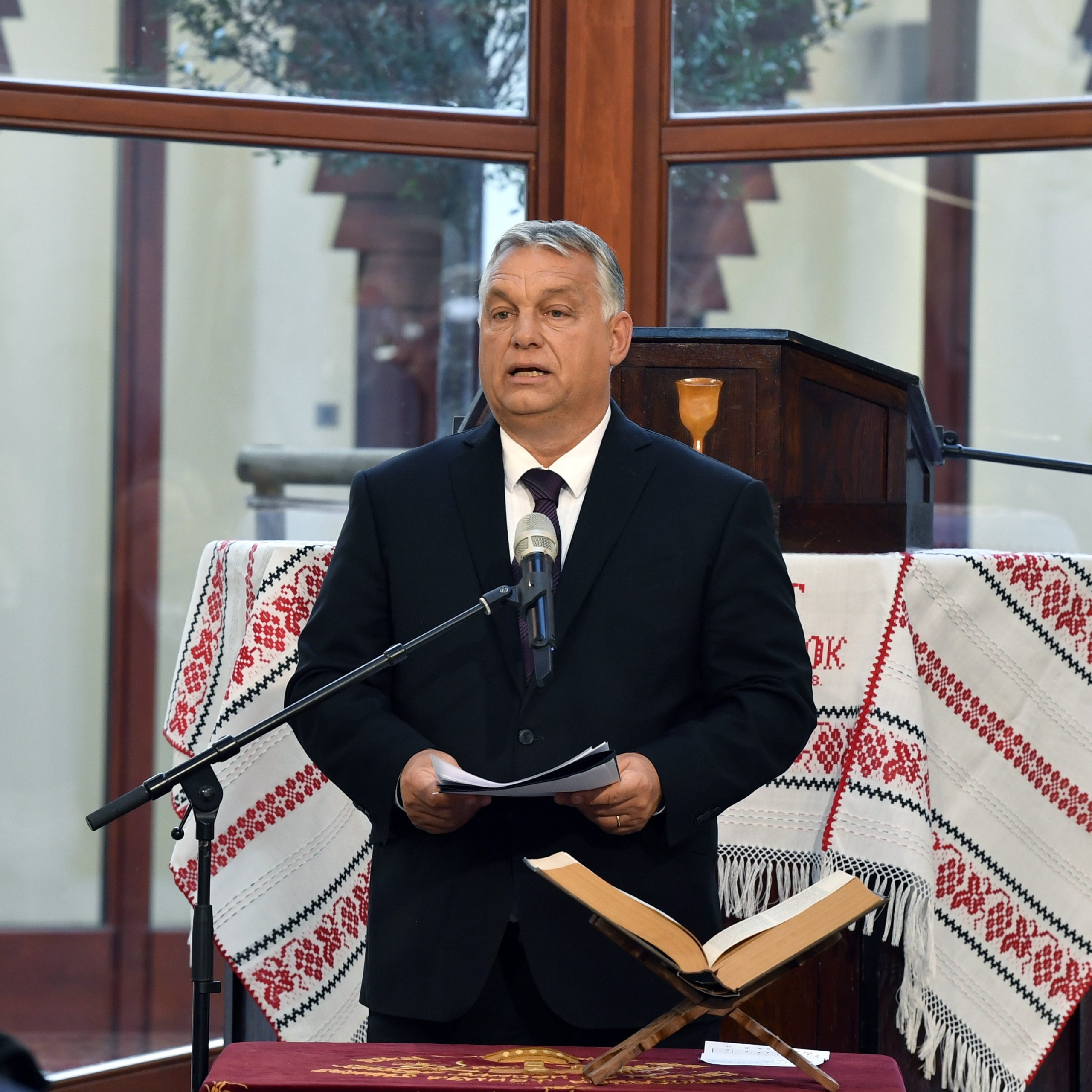 In his welcome address at the ceremonial service, the Prime Minister said “we Hungarians have been a church-building nation for a thousand years,” and at the time of St. Stephen, many besides ourselves could say the same about themselves. In his view, we are living in different times now, however. There are ever fewer, rather than more church-building nations in Europe.

He took the view that today Western Europe is “in a phase of losing its cultural and civilisational ground and balance,” the great historical role and mission that Christian European civilisation fulfilled in the past five hundred years is withering and slowly evaporating. It has abandoned its mission awareness, its cultural and spiritual heritage, it has simply thrown its future away.

“At times like this, I remember how many wanted to integrate us and how many times into a world where churches are built no longer, only mosques,” he observed.

At the same time, he stressed that the Hungarians want “neither to abandon, nor to drift off” the path that they have trodden for a thousand years. This is, however, only possible if they realise that the state and church communities must cooperate.

He recalled that this cooperation is also sanctified by the Fundamental Law which lays down that the protection of the constitutional identity and Christian culture of Hungary is an obligation of every organ of the State. In a democracy resting on Christian foundations it is not only a task, but also the duty of the state to take responsibility for traditional communities, from the family through congregations to the nation, he pointed out.

“Our history teaches us that Hungarians can only survive as Christians. A country locked within borders, but a spirit without borders. That’s Hungary. We’re not only a church-building nation, but in order to survive we must be a church-building nation. Each and every new church is a bastion in the struggle for the nation’s freedom and greatness,” he stated.

In his speech, Mr Orbán said members of the Hungarian Reformed Church have had “an intense week” as last Sunday a Reformed nursery school was inaugurated in Svábhegy, on Saturday in a Reformed Church stronghold, in Sárospatak a university was established, and today a church is being inaugurated. A church is a sign that we believe in God, and therefore look to the future with faith. Our churches are lighthouses: when a new one is built, the light in the world becomes brighter, he stressed.

The Prime Minister spoke in words of praise about psychologist Emőke Bagdy for her role in the construction of the new church. She sponsored the project with the largest private donation. He also made mention of architect Imre Makovecz who, he said, in the twilight of his life dreamt up this church, and architect Tamás Dósa-Papp who continued his work and elaborated the master’s plans. The Prime Minister also praised the strength of the community because, he observed, the building also serves as a means to deliver the message that in Pesterzsébet there is a Reformed Church congregation which believes in its own future.

At the thanksgiving service, Zoltán Balog, pastoral president of the synod of the Reformed Church of Hungary highlighted that it is the responsibility of church-builders and those serving in the church to invite members of the congregation, to prepare the meeting between God and man. When, however, God appears, we must stand to one side because then only God matters.

He said “we members of the Reformed Church must be characterised by an ability to take a step back, to retire when the meeting between God and man takes place”.

The Reformed Church bishop observed that the somewhat ironic teaching of this story is that the presence of God in a church is not an automatic consequence of the ceremony or the sermon, it may occur that the church routine hinders it. Therefore, upon the consecration of the first church, the Holy Spirit “pushed the pastors aside a little” in order to make the meeting of the people with him “a genuine spiritual revelation”.

In his welcome speech, Béla Kató, bishop of the Reformed Diocese of Transylvania said the Pesterzsébet congregation signals with the name given to the church that they wish to become a brother of the Bözödújfalu church of unity in Transylvania.

He recalled that Bözödújfalu, a settlement situated 22 kilometres from Marosvásárhely became a victim of Ceausescu’s village destruction programme in the mid-eighties. The village that was inhabited by Catholics, Unitarians, Szekler Seventh Day Baptists, Greek Catholics and Reformed Church members in just 200 homes was flooded with water. The houses disappeared, but the towers of the churches of the village could be seen standing out of the water for a long time before they fell.

The former residents of the village go back every year, and in 2020 they decided to rebuild the tower of the former Catholic church in the middle of the lake as a symbol of survival and unity.

Clinical psychologist-psychotherapist Professor Emőke Bagdy who organised a collection for the construction of the church said many thousands of people provided donations regardless of their denominational affiliation throughout the country and also beyond the borders.

The draft plans for the church that was erected in Mátyás király tér in the 20th district were made by Kossuth and Ybl Miklós Award winner architect Imre Makovecz, and his plans were elaborated by his disciple Tamás Dósa-Papp.

The foundation stone of the church was laid in 2018, and construction began in 2019.