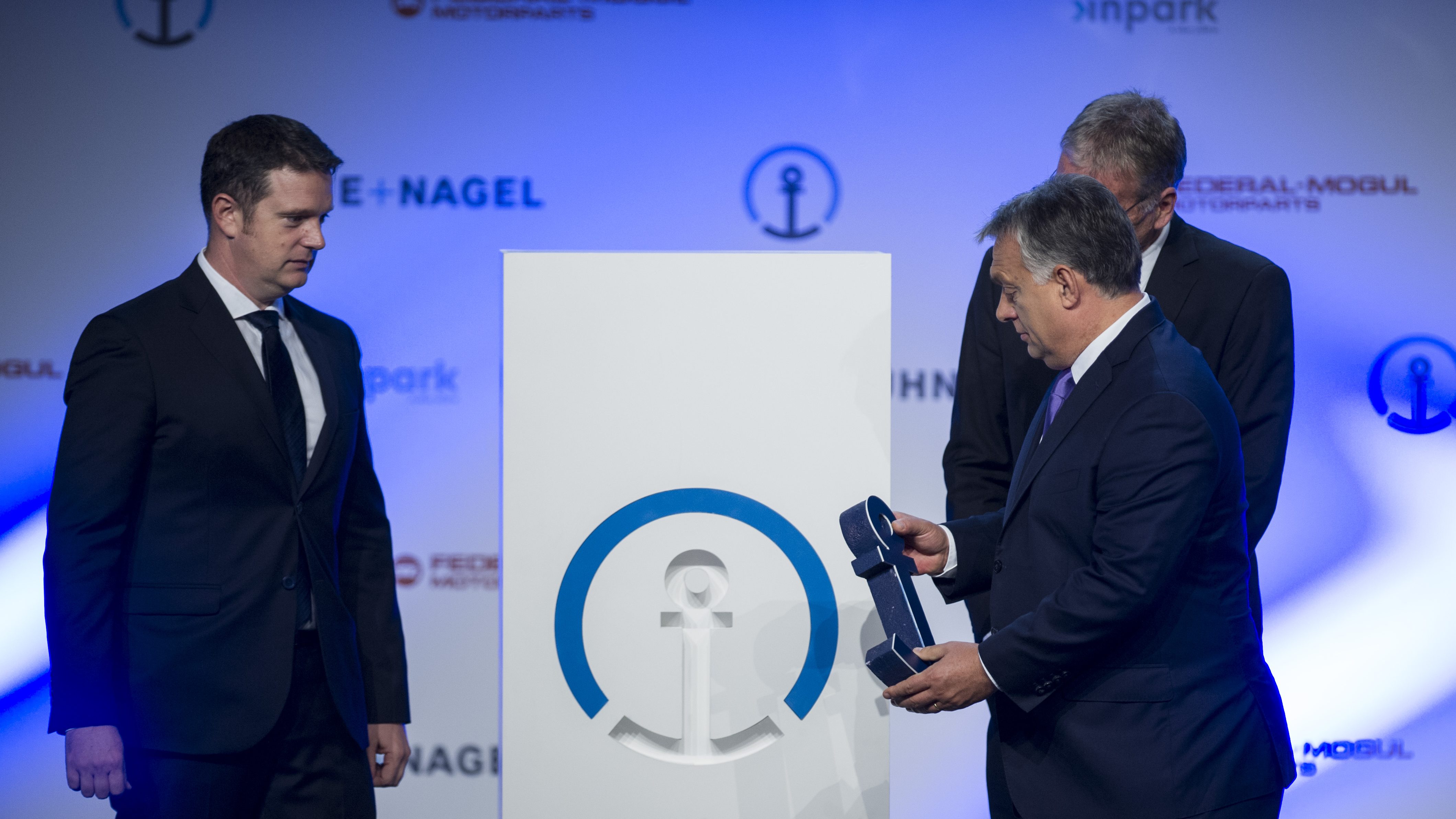 “We would like to open a new era, an era of even higher economic growth in the history of the Hungarian economy”, the Prime Minister said.

“The Government had launched Europe’s largest series of investment aimed at developing industrial parks, the two flagships of which are the 5 billion forint (EUR 16 million) Páty project, 75% of which was financed by private sector loans, and the 17 billion forint (EUR 65.6 million) Hatvan project. Both development projects are private sector based, but with collateral provided by the state”, he said.

“But this is just the beginning, because projects are being launched that will cover the whole of Hungary with industrial parks. 13 cities with county rights will be establishing industrial parks at a total cost of 44 billion forints (EUR 141 million) within the framework of the Modern Cities Programme”, he explained.

Mr. Orbán also spoke about the fact that he is a believer in the state playing a significant economic role and “trusts entrepreneurs and investors more than our own bureaucrats”, but the level of investment would eventually decrease without the introduction of the state industrial park development programme.

“The significance of the industrial part programme also lies in the fact that it balances out the differences in the level of development of the various parts of the country”, he noted.

According to the Prime Minister, the Government will be spending 150-200 billion forints (EUR 480-640 M) on establishing a network of industrial parks until 2020, and the facilities that will be created will meet the standards of even the most demanding investors.

Mr. Orbán said that Hungary, which lies at the heart of the continent, was practically created to provide an outstanding performance within the logistics industry, and the Government’s goal is to make it the region’s logistics service centre. “The Visegrád Group (Hungary, the Czech Republic, Poland and Slovakia, the V4) represent Europe’s most stable and secure region, which produce the EU’s highest level of economic growth”, he added.

According to Mr. Orbán, today’s opening ceremony indicates that the Hungarian economic policy climate created in recent years provides an excellent foundation for newly investing companies. “We view Hungary as a country that has a great future ahead of it, and we are glad that we are not the only ones who regard ourselves this way, but so do the investors who come here”, the Prime Minister said.

“The foreign companies that perform their activities at the Páty industrial park, and which are ‘truly big game’, have chosen Hungary are the site for their operations, which means that the country’s competitiveness is in order, and investors have confidence in Hungary and in the quality and expertise of the Hungarian workforce”, Mr. Orbán highlighted.

The industrial park programme was launched last year with the Páty project, when one of the world’s leading freight transport and logistics companies, Kühne + Nagel laid down the foundation stone of its new car parts distribution centre. The project manager for the 23 thousand square metre investment project was the state-owned National Industrial Park Management and Development Company, which operates under the Inpark trademark.

With relation to the investment, the Prime Minister told reporters that the new production hall will be creating 160 new jobs in the first phase, in addition to which it links two important sectors of the Hungarian national economy, logistics and the automotive industry.

“I have full confidence in the fact that the new investment by Kühne + Nagel will also play a role in the opening of a new chapter in the history of the Hungarian economy”, Mr. Orbán said in closing.