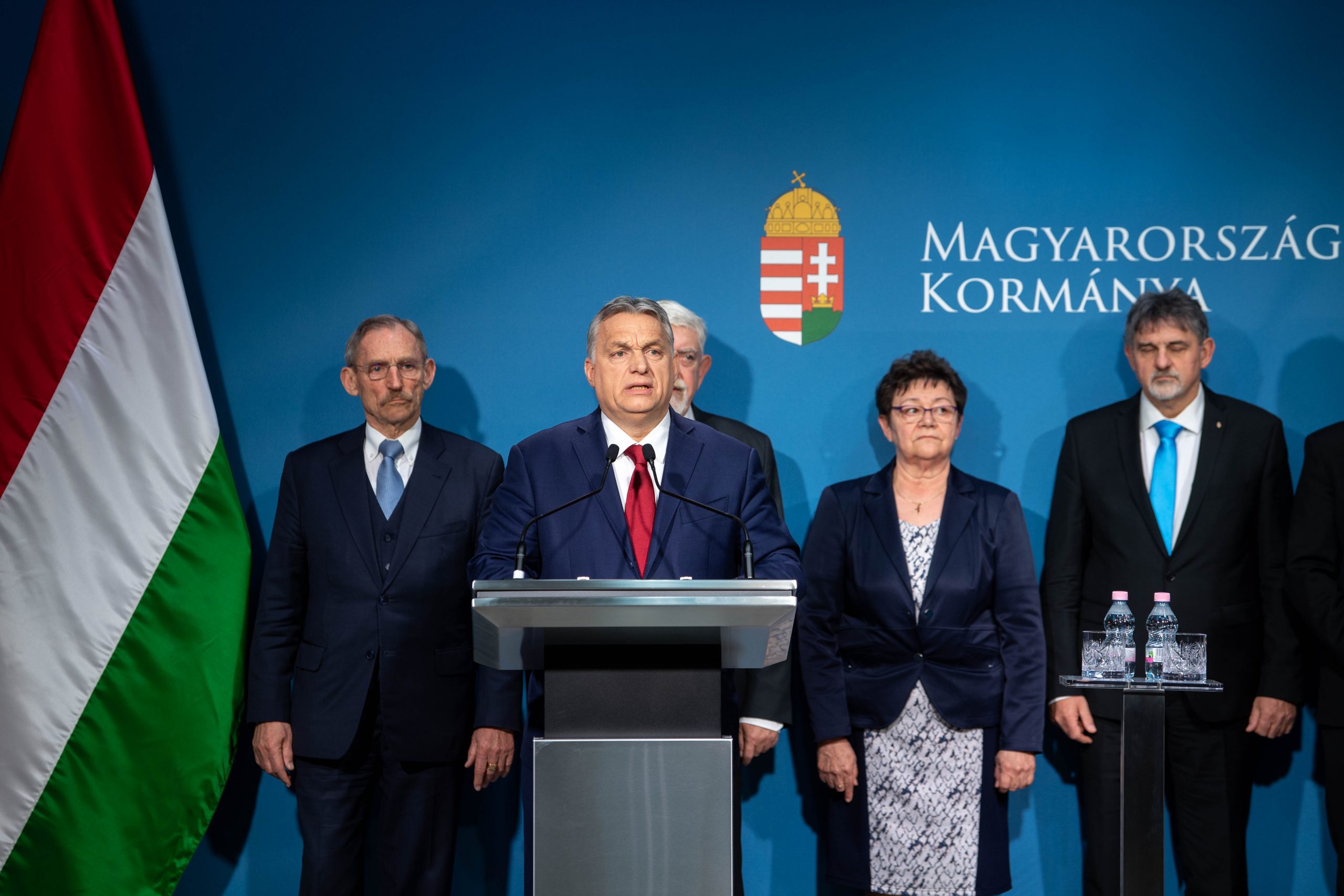 The coronavirus can harm human life and the economy all at once. Human life is the number one priority, while later on financial experts will assess the economic impacts, he said.

The Prime Minister highlighted that the duty of the Operational Corps is to protect human lives.ű

He also stressed that the implementation of effective protective measures requires efforts on everyone’s part.

In Hungary almost everyone trusts physicians and nurses, the prestige of public health experts is high, he said, adding that people working for the authorities concerned will have to face difficult weeks, or even months ahead.

Outlining the latest, Wednesday evening data, Mr Orbán said in Hungary there are 2 infected persons, 24 persons are in quarantine, and 230 samples are being processed. The number of fatalities worldwide has risen to 3,268, the number of infected persons has reached more than 95,000, while the number of individuals who have recovered from the disease stands at 53,000.

Mr Orbán said the people’s sense of security has been compromised and will only be restored once a vaccine is available to curb the disease. At this point in time, there is no such vaccine, but it is to be hoped that soon there will be, he said, adding that there will be relative calm once a vaccine is discovered and is made available to everyone.

He also said the situation demands that the government make available the resources necessary for prevention and protection, and “there will be no financial obstacles to the fight against the virus”.

At the same time, he asked the people to cooperate and to show understanding if they experience any inconvenience in connection with the fight against the virus. He also asked them not to underestimate the situation, but to likewise not create panic.

The Prime Minister further informed members of the press that a decision will be made on Tuesday, at the latest about whether the central commemoration will be held on the national holiday on 15 March, Mr Orbán said.

If the situation in Europe deteriorates, they will cancel the central commemoration. If, however, they take the view that there is no need for that, they will not, the Prime Minister told the press.

For the time being, in the case of other events, they leave it to the discretion of organisers to decide whether to hold the given event or not. If, however, the situation changes for the worse, the Operational Corps will also have the authority to ban events, Mr Orbán said.

Procurement of vaccines must be accelerated
tags
Coronavirus Operational Corps