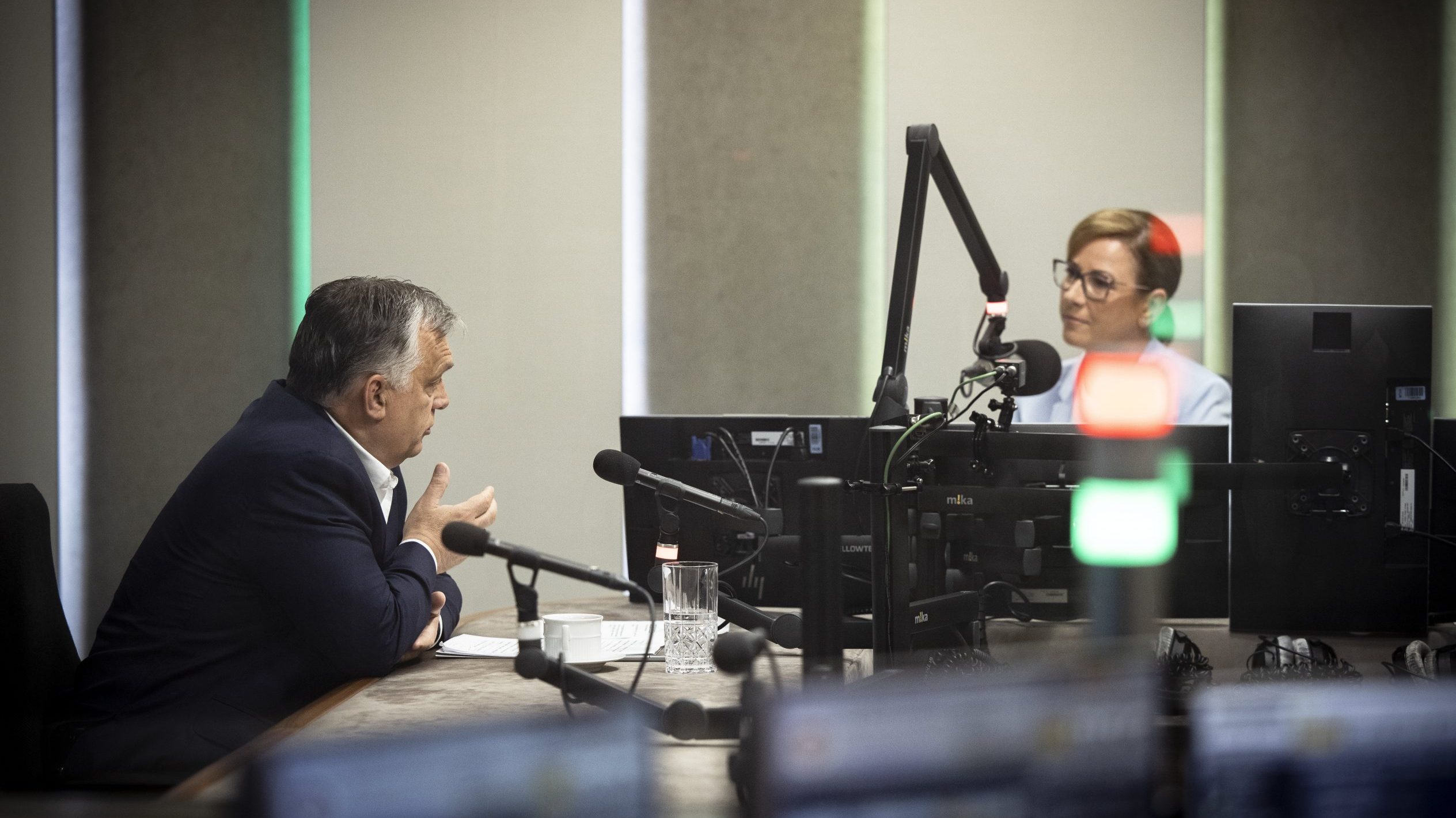 Government to make administration of third dose possible
16. 07. 2021.
| source: Cabinet Office Of The Prime Minister/MTI
From 1 August, the government will make the administration of a third dose of the vaccine against the coronavirus possible; ample supplies of vaccines are available for the purpose, Prime Minister Viktor Orbán announced on Kossuth Radio’s programme ‘Good morning, Hungary’ on Friday.

The Prime Minister said it will be possible to have the third dose administered minimum four months after the second one; however, physicians may depart from this rule. It is likewise for physicians to decide which vaccine to administer, he added.

The Prime Minister pointed out that Hungary is still one of the safest countries or perhaps the safest in Europe as regards the percentage of vaccinated persons; the percentage of people who have already received the second dose providing full immunity is higher than in Germany or Britain.

The vaccine against the coronavirus will be compulsory for health care workers, he stated.

Due to the emergence of the delta variant which is more infectious than previous mutations, those who have not had themselves vaccinated are at greater risk than at any time so far during the epidemic. Therefore, persons over the age of 65 who have not yet received the vaccine will be contacted in person, he stressed.

Mr Orbán also announced that on the first two days of the start of the school year, every educational institution will make it possible for children over the age of 12 years to have themselves vaccinated against the coronavirus with parental consent.

The Prime Minister said 13 to 14 per cent of children aged between 12 and 15 years have already been vaccinated. The vaccination of those aged between 16 and 18 years is making good progress, around 45 per cent of them have received the vaccine so far, he said.

Mr Orbán suggested that only those should travel abroad on holiday who have received both doses of the vaccine.

He said in a crisis any opinion that induces an atmosphere of uncertainty is harmful; anything that weakens common supportive action is harmful. This is particularly so during a pandemic because human lives are at risk, he added.

He took the view that the real threat is posed not by fake doctors, but more by politicians who attempt to give epidemiological advice on testing and vaccines.

Regarding the child protection law, he said concerning the document sent by the European Commission that we are faced with an act of “legal hooliganism” because family law and education fall within exclusive national competence, but despite this they want to institute proceedings in this case. The Commission’s position is disgraceful, they evidently seek the amendment of the education legislation in order to allow LGBTQ activists into schools in Hungary, he explained.

The Prime Minister stated that they will not allow this because it is for the parents to decide on their children’s sexual education, and this is also confirmed by European documents. Sexual education can be conducted in schools if the parents agree with that, but no one other than teachers and persons approved by the principal can be allowed into schools, he pointed out, adding that we feel that “they want to take our children away from us”.

He said Hungarians now have the opportunity to take a look at Europe from a specific point of view, and can see for themselves how things are done elsewhere. However, Hungarians cannot be expected to raise their children the way others think they should, he laid down.

He took the view that while the language and framework of the dispute are of a legal nature, in essence it is a political one, Brussels is abusing its power and wants to force on us something we do not want.

The freedom of the right to the education of our children is at stake here, he pointed out, adding that children are sacred in Hungary and we cannot allow sexual propagandists “to run rampage” in our schools.

He observed that in the West gender reassignment surgery can also be performed on minors even if the parents disagree. Such a situation cannot arise in Hungary.

Mr Orbán also said he had not been invited to the debate in the European Parliament. However, he normally only attends these debates when the situation is crucial. The Prime Minister asked everyone to complete the national consultation questionnaire and to reinforce the government’s position.

He further highlighted that this debate is not exclusive to Hungary; there have been similar debates also in Italy, Romania and Lithuania. Lithuania protected its interests, and if they succeeded, the Hungarian people will also succeed, he said.

He observed that double standards had become standard practice in Europe. UEFA’s decision concerning Hungary amply testifies to this.

According to the Prime Minister, tying the disbursement of EU funds to a legal dispute is unacceptable because EU grants are not gifts, but something that the Hungarian people are entitled to, something that we have worked for. Recovery cannot wait, it is crucial to have access to funds within the shortest possible time, and therefore the government will launch the relevant programmes even if EU funds are not available. They will be financed from the budget, he explained.