Hódmezővásárhely is preserving historical Hungarian traditions
26. 05. 2017.
| source: Cabinet Office of the Prime Minister/MTI
In Hódmezővásárhely, after signing an agreement forming part of the Modern Cities Programme with Mayor István Almási, Prime Minister Viktor Orbán said that the city is continuing and preserving for the future the Hungary’s old traditions, way of life and culture, and for this it deserves our gratitude.

At a joint press conference with the Mayor, the Prime Minister said that in every election since 1990 candidates from the civic, national and Christian parties have won in the city. At the same time, he pointed out, in politics no friendship can take priority over the country’s interests.

Outlining details of the agreement, the Prime Minister said that the Government is supporting the construction of a tram-train line connecting Hódmezővásárhely and Szeged. This project will have to be implemented in a rational manner, however, and there must be exploration of how this line can be extended all the way to Szabadka/ Subotica, to meet Hungary’s policy objectives for Hungarian communities abroad. He added that negotiations on the related technical and border policing issues will be initiated with the Serbian government.

The city’s industrial park will be enlarged by one hundred hectares, and the land for this will be purchased by the state. In addition, food industry processing businesses planning to augment their capacity in Hódmezővásárhely will receive grants, the Prime Minister said, adding that several businesses are interested in this possibility – but there are also opportunities for others.

A library and knowledge centre will be created in the city from a budget of HUF 4 billion, and the same amount will be spent on the refurbishment of several secondary school buildings and a student hall of residence, the Prime Minister said.

The Prime Minister told the press that consultations will be launched to explore how the city could be linked to the bloodstream of the system of higher education in agriculture. He added that if in the next election the Government is given the opportunity to continue its work, it will carry out rational reorganisation in this area.

If an agreement is reached with the residents, for the first time in Hungary a ten-storey residential block in the city may be demolished, the Prime Minister informed the press.

An agreement has also been reached on construction of a 117-kilometre tourist cycle path on the city’s outskirts. Decisions were also agreed on the infrastructure development of Hódmezővásárhely barracks and the establishment of a new military secondary school and associated student accommodation, and the parties decided to explore how military hospital status could be granted to the city’s hospital.

Agreements worth a total of HUF 3,400 billion have been concluded with 23 cities

Summing up the results achieved so far at the last event in the Modern Cities Programme, the Prime Minister said that within the initiative agreements with 23 settlements worth a total of HUF 3,400 billion have been concluded. The basis for these agreements was formed by the debt consolidation of municipalities, as part of which the state relieved local municipalities across the country of debt worth HUF 1,369 billion.

Parallel with the talks held with major cities, the Government has also engaged in consultations with the county-level general assemblies on development of small and medium-sized settlements. However, there is also a need for a programme which facilitates and promotes job creation, the development of services and housing in villages.

In answer to a question, the Prime Minister said that the Government is ready to talk with the Governor of the State of New York in relation to Central European University. He pointed out, however, that the amendment to the higher education legislation also affects two other US universities, and an agreement may soon be signed with one of these.

Answering another question, Mr. Orbán said that the state of Hungarian-US relations do not warrant a private face-to-face meeting with the US President. Political relations between the two countries are better than they were during the Democrat administration, he said, and should the need arise for an urgent consultation for any reason, there would be opportunities for that.

Mayor István Almási stressed that his meeting with the Prime Minister had been forward-looking and useful, and the agreement signed brings the promise of further development. The people of Hódmezővásárhely are the beneficiaries of an agreement which will open up new prospects in the life of the city, he stated.

The Mayor highlighted that agriculture plays a dominant role in the economy of the city. Hódmezővásárhely is equipped to become a regional agricultural centre, and the processing of agricultural products in the city may also be expanded, he said. 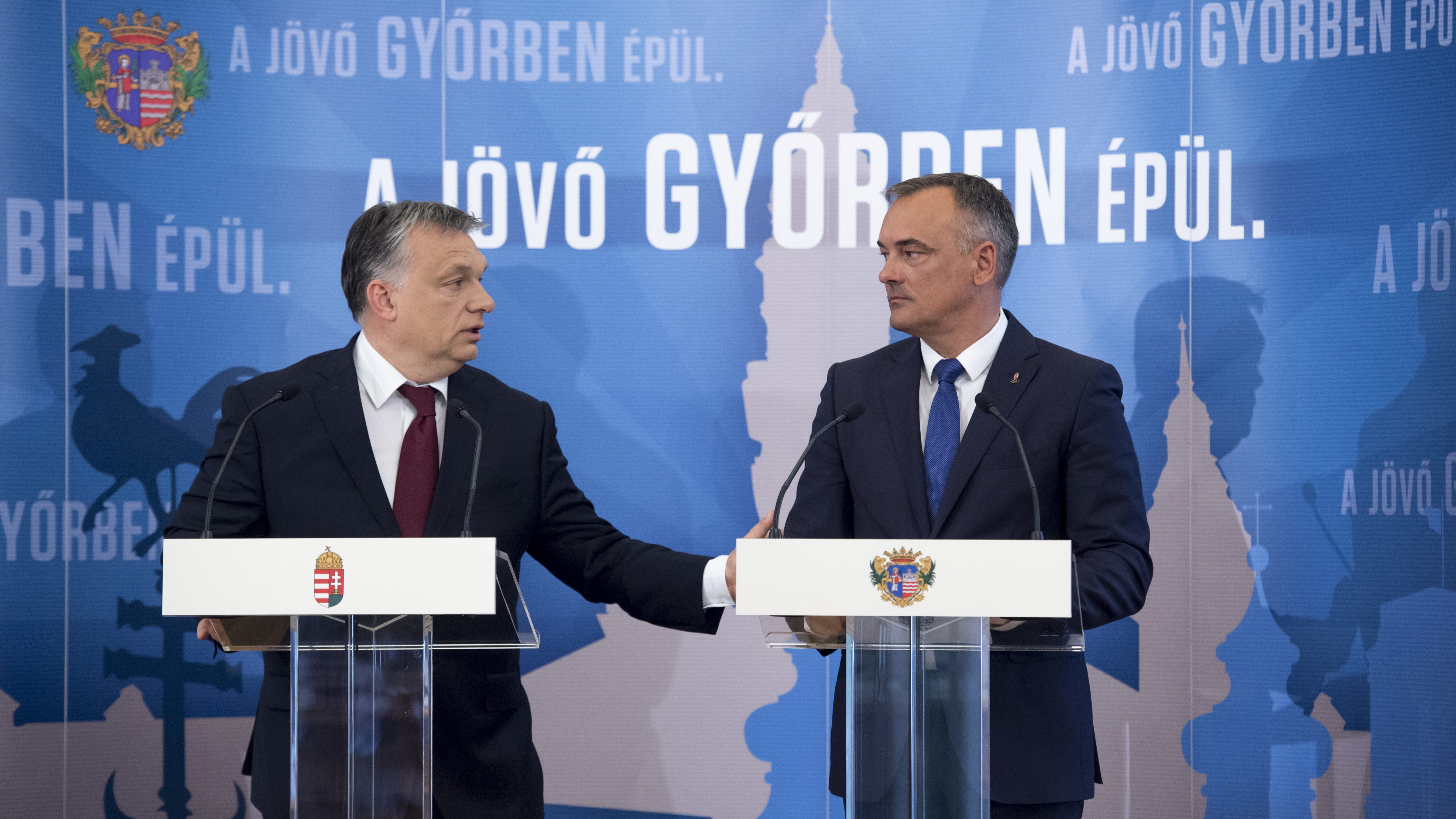