Hungarian capital must also serve national interests
17. 05. 2019.
| source: Cabinet Office of the Prime Minister/MTI
On Thursday, at a gala event in Budapest celebrating the 150th anniversary of the foundation of Pick Szeged Zrt. and the tenth anniversary of the foundation of the Bonafarm Group, Prime Minister Viktor Orbán said that Pick’s 150-year history is the best proof of the need for Hungarian capital to serve national interests.

In his speech the Prime Minister explained that Hungarians represent just 0.2 per cent of the world’s population. Furthermore, Budapest has been put under siege fifty times siege within one thousand years, and so the country’s accumulated wealth has been taken away every two or three generations. “So if you have to be Hungarian and have any sense, you shouldn’t just be thinking of yourself, you should also be helping your country”, he said.

Mr. Orbán said that there should also be clear thinking in the economy, where it can be seen that while 90 per cent of food companies are wholly Hungarian-owned enterprises which account for 70 per cent of employment in the sector, they produce only half of the sector’s revenue and profits.

The Prime Minister therefore declared it to be in the national interest for Hungarian companies to have a decisive share of the domestic food industry’s sales and profits by 2030.

He stressed that it is also in the national interest for well capitalised Hungarian companies to operate outside Hungary’s borders. “Be muscular and strong, use the economic potential of the region, Europe, and the whole world, and then you can enrich Hungary,” Mr. Orbán said.

The Prime Minister underlined that Pick has never been led by people who took their success for granted: they knew that success is something which needs to be worked for every single day. He added that this was the spirit which enabled the factory to survive two world wars, economic crises, communist nationalisation – and shocks after the fall of communism.

The Prime Minister also said that sensible leaders know that timely warnings are priceless – and they even appreciate contributions from employees and colleagues who dare to voice sharp criticism in the interest of the company’s success. As an example he recalled an anecdote in which Jenő Pick tried to “poke his nose” into the manufacturing process. In response, the master salami chef Szilard Szokolay said: “Direct the office, Mr. Jenő; down here I am the one who gives the orders!”

Mr. Orbán said that he observes successful leaders to see if he can learn something from them that he can use later in his work. He told Sándor Csányi, owner of the Bonafarm group, that for a long time he has been studying his work to find out what can be learnt from it. “I think I’ve discovered the secret of his leadership success – and maybe I’m the only one”, he said.

According to the Prime Minister, Sándor Csányi “is one of the few people who realise that the rocks thrown at them are not worth throwing back: a more intelligent approach is to build stairs from them”. He stressed that “To do this, of course, you need strong nerves, self-discipline, guile and patience”. He noted that every rock thrown at Mr. Csányi had strengthened him and taken his companies forward.

“If it will take Hungary forward, I’ll try to imitate him; because they’re throwing plenty our way, and so there’s always something to build with,” Mr. Orbán said.

The Prime Minister observed that Pick’s history has shown that the people of Szeged have created a home which provides the security needed by every successful business: “If there were no Szeged citizens, Pick would not exist today. I salute your long-standing loyalty!”

He also noted that since 2009 the Bonafarm Group has given new impetus to Hungary’s most iconic traditional company, and has been able to produce results worthy of admiration: “Thirty years have passed since the end of socialism, and here is a modern, innovative Hungarian-owned group of companies that has already spread beyond the borders of the country. For a long time we have been waiting for such a company in the Hungarian food industry.”

The Prime Minister said, that “we Hungarians have excellent agricultural land, we understand animal husbandry, and there is something of the farmer in every Hungarian.” At the same time he emphasised that for these talents to also be embodied in finished products, there is a need for Hungarian companies which possess the culture that is essential in the food industry. He described Bonafarm as being precisely such a company, which provides a solid background for two “Hungarikum” products: Pick and Hertz salami. 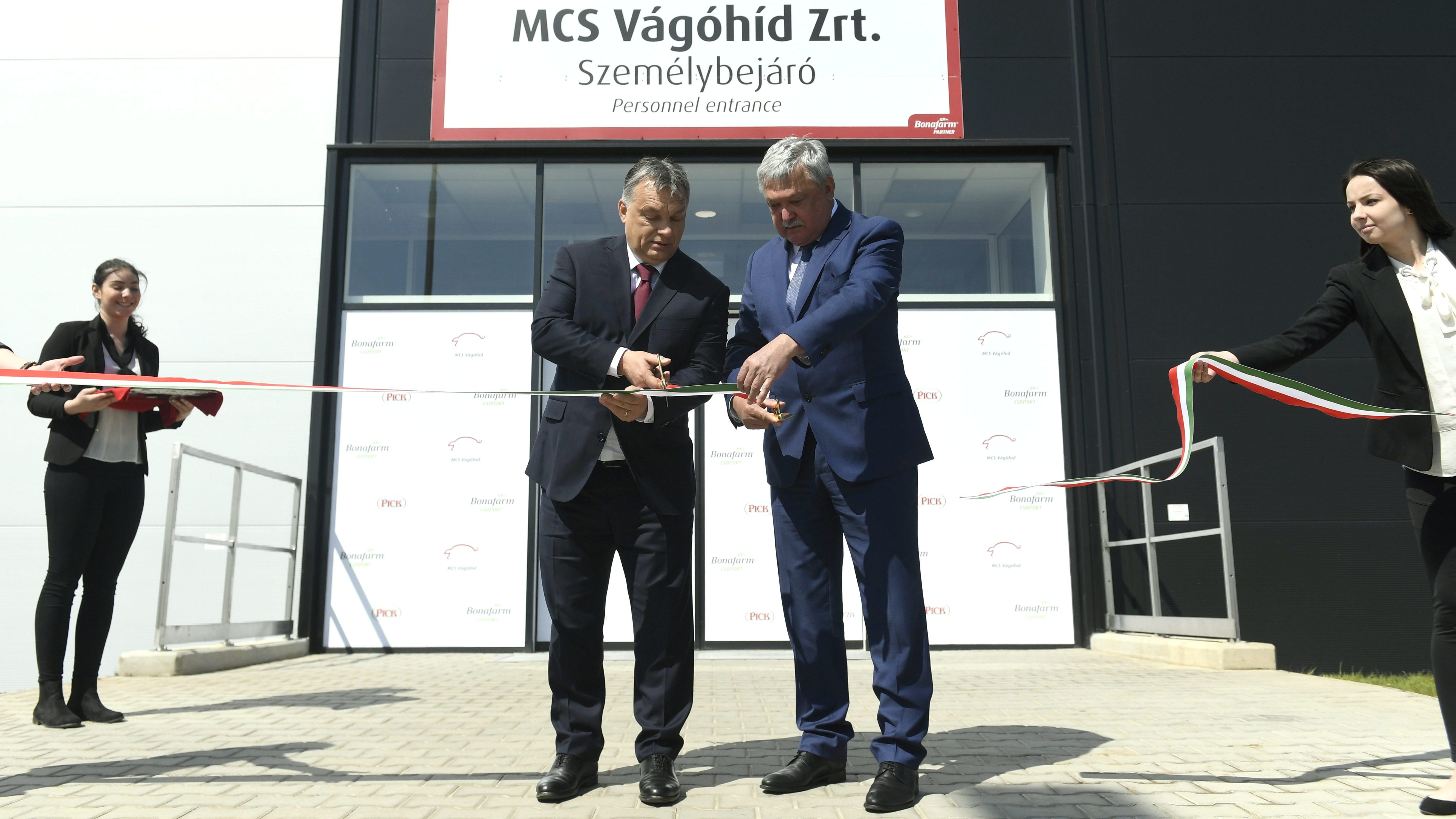