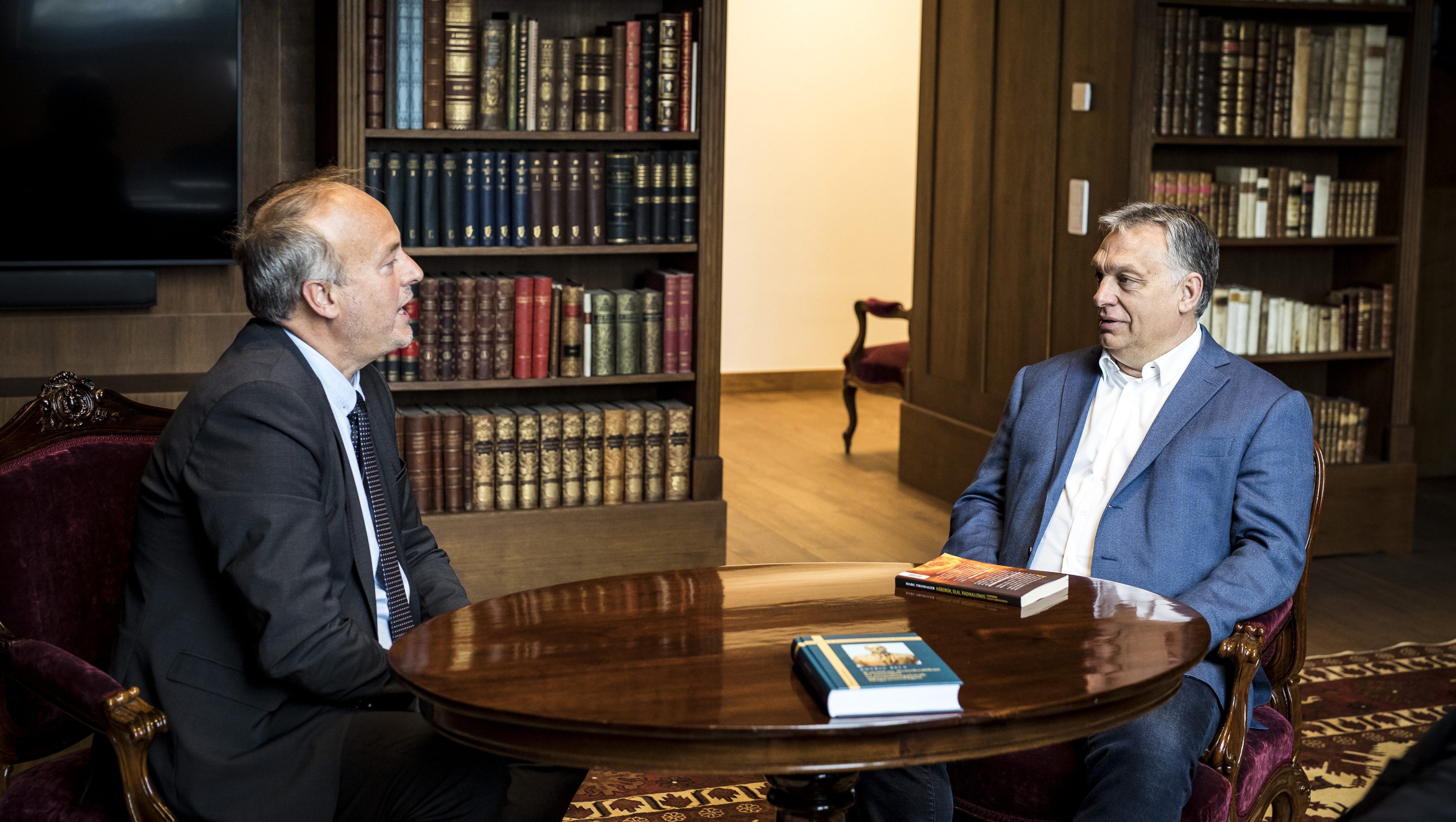 Hungarians have a right to protect their borders
22. 05. 2019.
| source: Cabinet Office of the Prime Minister/MTI
At a meeting held on Wednesday in the Carmelite Monastery, Prime Minister Viktor Orbán and Marc Fromager, former National Director of “Aid to the Church in Need” (ACN) in France spoke about the persecution of Christians and the protection of Europe’s traditional values, Bertalan Havasi, the Prime Minister’s press chief said.

The aid organisation has had several joint projects with Hungary, including the reconstruction of the Christian small town Tellskuf in Iraq in 2017.

At the meeting, Mr Fromager said he had been to the Middle East a great many times, and had seen many burnt icons: Radical Muslims mostly destroy holy objects and holy places. For persecuted Christians the whole year is Lent, every single day is Good Friday, he said, adding that according to estimates some 200 million Christians, meaning 10 per cent of the followers of Christ are unable to exercise their faith in complete freedom.

The parties also discussed anti-church attacks carried out in other parts of the world, including the persecution of Christians in Asia, and spoke about the problem of the increasing secularisation of Europe.

Mr Orbán and Mr Fromager agreed that, together with migrants, the West’s immigration policy also imports the problems of the Middle East. For instance, France already has “lost territories” where instead of the State, Salafist preachers lay down the law, they highlighted.

According to Mr Fromager, every country must approach the refugee issue according to its own specific features. He said the media and Brussels seek to make the Hungarian people feel guilty. Today, however, even average French citizens are ever more suspicious about what they read and see in the press, are concerned about the migration invasion, and so they understand ever more easily that the Hungarian people have a right to protect their borders, the former ACN director said quoting from an earlier speech.

He agreed with the Hungarian Prime Minister that the best method of Christian aid is to do everything possible for peace on the ground, in conflict-ridden regions. Those who flee from war situations to camps located near the borders have a chance to go back home; however, those who come to Europe will never return.

Mr Orbán and Mr Fromager also exchanged views on Europe’s demographic crisis, and concluded that there are two solutions to managing it. Either we encourage births by placing the interests of families in the focus of politics, or we encourage ever further flows of migration. Today Western Europe only resorts to the latter solution, but by doing so they jeopardise the continent’s future, the parties highlighted at the meeting.

Marc Fromager is also editor-in-chief of The Church in the World magazine. He regularly publishes articles on topics such as the persecution of Christians and freedom of religion.