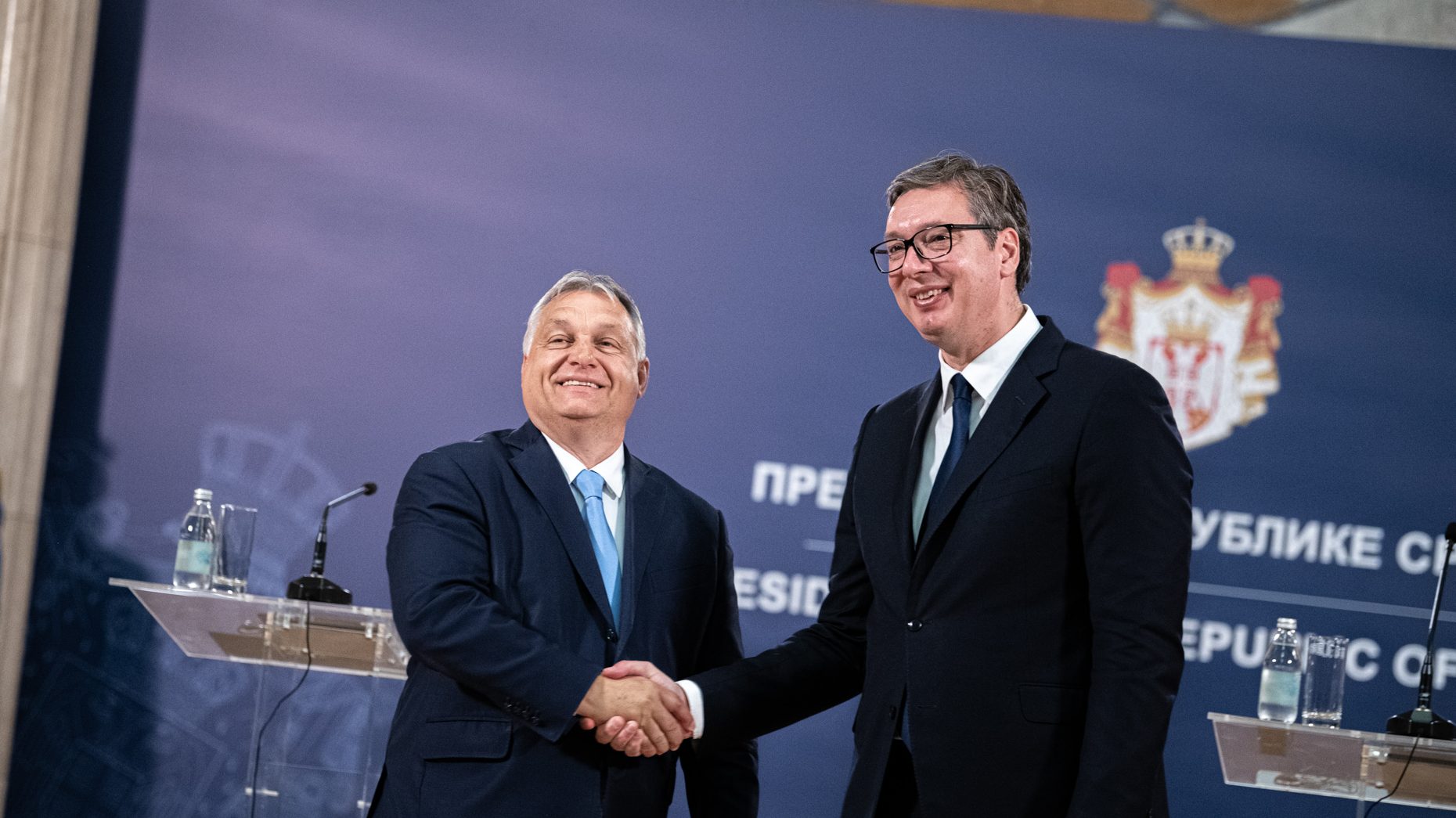 At a press conference held jointly with the Serbian President, the Prime Minister said historical experience is important, and when it comes to Serbia’s EU membership, he speaks from the position of historical experience. At the time of Hungary’s integration, Poland was the key country in the region, he recalled.

He highlighted that at the same time, Serbia is the key country to the stability of the Western Balkans. By standing for Serbia’s EU membership, Hungary supports the integration of the entire Western Balkans, he explained, adding that the EU has more of a vested interest in Serbia’s membership than Serbia has.

Mr Orbán stressed that while the pandemic overshadowed the issue of mass migration, this old problem is now re-emerging. Hungary will not be safe without the stability of the Western Balkans, without the region’s strength and capacity for defending itself against mass migration, he stated.

He said Hungarian-Serbian cooperation has achieved major results, including in railway cooperation, the implementation of 16 major projects even during the pandemic, and the interconnection of the two countries’ gas pipelines.

Regarding gas supply, he said Hungary made every effort to fix fair prices even at a time when Serbia was in a difficult situation. The countries of Central Europe must understand that their short-term interests are overridden by their long-term shared fate, the winds of history can change at any time, and a country may well find that they need their neighbour’s help, he pointed out. He added that the region cannot be stabilised if the countries comprising it fail to understand this, and this is not only an economic issue, but equally an issue of trust, and as such an emotional one.

The Prime Minister observed that the numbers of the past seven to eight years clearly indicate that a major success story is unfolding in Serbia. The sovereign debt has decreased, projects have been implemented, and one can see progress.

He took the view that the basis of Hungarian-Serbian cooperation is that both countries want our children to have a better life than we do; both countries think in terms of family and nation. Serbia, too, is on a course that is worth following in the interests of the coming generation, he added.

In answer to a question, Mr Orbán said the pandemic is still here, but the vaccination programme has proved to be successful both in Hungary and in Serbia. They agreed on the mutual recognition of vaccination certificates, and the two countries managed to open all border crossing stations which is a fine achievement on the part of both countries, he said, adding that they will maintain cooperation.

In answer to another question, the Prime Minister also highlighted that if the facts that prospective decisions are based on are not stated in good time, those decisions will not be made. Therefore, when one can see that Hungary is repeatedly attacked on one score or another, one has reason to think that it might be about something that will happen later and the Hungarians already said so, he stated, adding that this is what the issue of migration showed, too.

He took the view that the situation is the same with Serbia’s EU accession. In the EU, faith in the future is extremely low, Westerners have reached a very high level of development of the welfare state, and now there is great uncertainty about whether there is a way up from here, he explained.

According to the Prime Minister, therefore, the EU is cautious about major proactive decisions, it is called enlargement fatigue, and they believe it is logical not to undertake the tasks that are associated with enlargement. However, if there is no enlargement, one of the most important neighbouring regions will be unstable, the EU will not have access to new energy, it will become stuck and will eventually disintegrate, he said.

Mr Orbán highlighted that enlargement – which is not possible without Serbia – must be the EU’s most important project, there is a future and development in this, and it could move Europe further. This is how it was in the case of Central Europe as well. The integration of Central Europe, too, gave European unity a great deal of new energy, he recalled.