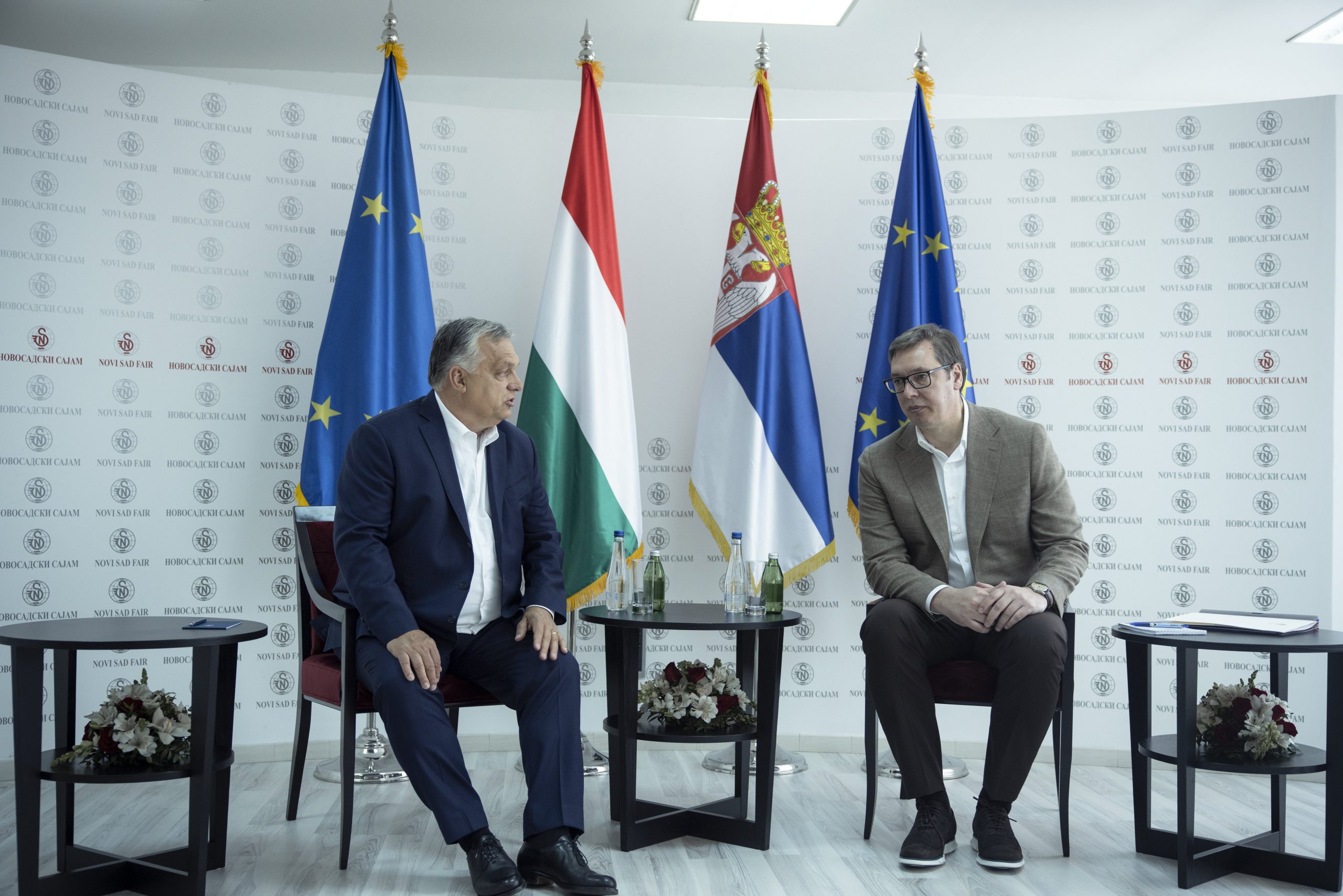 In his address delivered at the opening of the 89th International Agricultural Fair in Újvidék, the Prime Minister highlighted that both he and the Serbian President had won elections, and “at times like this, one would deserve some carefree rest,” but one can clearly see rising inflation, ever higher prices, the threat of famine in a number of points around the world and the military clashes in the territory of Ukraine. It is good news, however, that Hungary and Serbia can rely on each other, and both countries have robust agriculture, “in actual fact, Serbia and Hungary constitute an important food reserve of Europe,” he explained.

At the fair, of which Hungary is a guest of honour, the Prime Minister stated: “Serbia is fully prepared for the winter”; we must prepare thoroughly, “and as far as I can see, you have succeeded”. “We, too, are on the right path, but there are a few decisions we have yet to adopt,” he added.

He took the view that the military conflict in Ukraine, too, has landed both countries in a difficult situation. He told the Serbian President “it’s difficult for you because you’re not members of the EU, and it’s difficult for us because we are”. It is hard to be smart, he observed.

He stressed that whatever disputes there will be within or outside the EU, they will do everything they can to consult with respect to their positions and to help each other at international forums as well.

Mr Orbán also said many had criticised their overarching programme, the Budapest-Belgrade railway line. Now, that transport via Ukraine has become totally uncertain, this project will gain in significance, he stated.

The Prime Minister recalled that in 2020 and 2021, nurses and doctors were our heroes, while the heroes of the years ahead will be “farmers who will have to work and stand their ground amidst very difficult circumstances, they must adapt to swiftly changing circumstances,” and it depends on them whether there will be bread on people’s tables, whether there will be famine in the world or we will be able to supply people.

He highlighted it is an important interest that we should be able to supply everyone with bread in the whole world because if we fail to do so, masses of people will start heading for Europe, this time not only in hope of a better life, but for survival, and “then the migration we have experienced so far will be a children’s tale compared to what’s coming”.

Mr Orbán said Hungary will not accept Brussels decisions which are economically unreasonable and which would result in price rises that would frustrate the exploitation of our full agricultural potential. Hungary is a country of ten million, but if farmers do a good job, we are able to supply as many as twenty million people with food, he explained.

He said but in order to achieve this, “the Hungarian economy mustn’t be burdened with ill-considered measures of all manner and sanctions against Russia that would destroy the Hungarian economy and would amount to an atomic bomb”. In that case, not only will farmers not be able to supply Hungary, but they will be equally unable to supply those who will later “emerge at our borders as migrants”. Politics is important, the war cannot be ignored, but at this time in the economy we need reasonable decisions “because there will be great trouble otherwise,” and not only in Serbia and Hungary, but in other parts of the world as well, he said.

He also mentioned that it is an important law that if there is land, it must be cultivated, “no land can be left uncultivated, no fruit trees in orchards can be left unpruned, the job must always be done”. He asked the attendees at the fair to never ignore this ancient law because “it is our duty, the duty of those from the countryside to ensure that the country, that land is cultivated”.