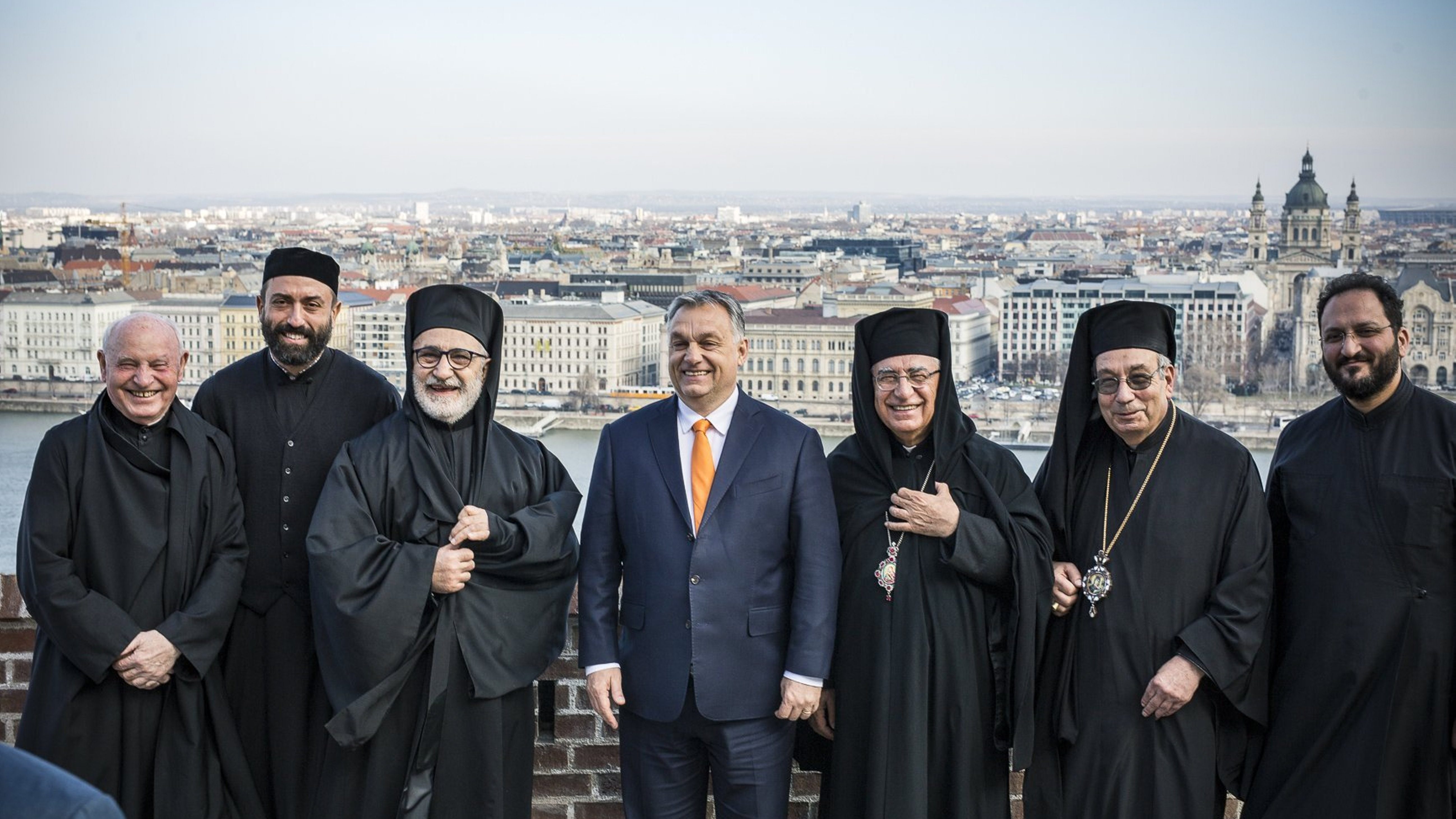 Hungary can help in Syria by supporting Eastern Christian churches
26. 02. 2019.
| source: MTI
Bertalan Havasi, the Deputy State Secretary heading the Press Office of the Prime Minister, has informed Hungarian news agency MTI that on Tuesday Prime Minister Viktor Orbán and his deputy Zsolt Semjén had talks with Youssef Absi, patriarch of the Melkite Greek Catholic Church, which is one of the world’s oldest Christian communities. The talks took place during a formal lunch at the Carmelite Monastery in the Buda Castle District.

The Melkite Greek Catholic Church of Antioch is a Byzantine rite Eastern Catholic church which is in full communion with the Roman Catholic Church. It is based in the Syrian capital Damascus, and its patriarch was elected in 2017.

The origins of the Melkite Greek Catholic Church lie in the first Christian communities living in Antioch; according to some theologians, it is the world’s oldest continuously existing Christian community. There are around one and a half million Melkite believers around the world, and today only around 80,000 live in Syria. War and persecution have forced a great many Melkite families to leave the country.

At the meeting in Budapest today the parties noted that while there are currently no direct diplomatic relations between Hungary and Syria, the Government’s “Hungary Helps” programme is assisting the return of members of the community who have left their homeland. The programme funds the humanitarian programmes of local Christian churches.

At the meeting Mr. Orbán said that, based on proposals submitted by the leaders of churches, the Hungarian government has started to directly provide humanitarian aid to communities in need. Between the autumn of 2016 and January 2019, Hungary allocated a total of HUF 7.63 billion to support the survival of persecuted Christian communities in their homelands.

Mr. Havasi said that the Hungarian government’s basic principle remains the same: help must be taken to where there are problems, rather than bringing the problems to Europe.

Hungarian interest is that Turkey open gates for migrants towards Syria