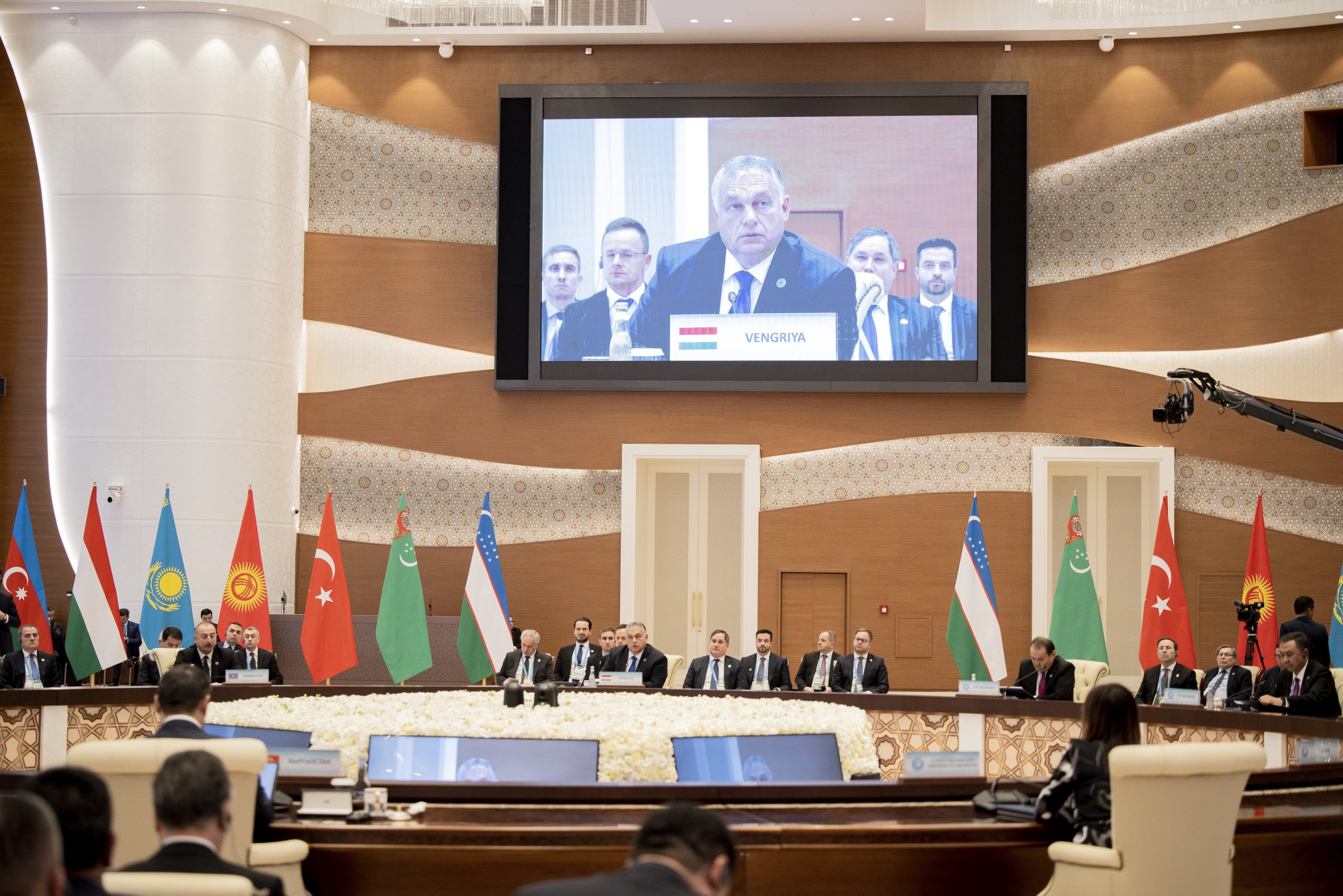 In his address, he stressed that Hungary – which holds observer status in the Turkic organisation – is the only surviving Eastern people in Europe, and by virtue of its geographical situation, as an immediate neighbour of Ukraine, in Hungary the impacts of the war are enormous and immediate. “More than a million refugees have arrived, inflation is sky-high, and we have never before seen food and energy prices as high as today,” he stated.

He said the goal of Hungary is for a ceasefire to be forged in Ukraine and for peace talks to start within the shortest possible time. This is the only thing that could bring an end to the energy crisis as well, the Prime Minister pointed out.

He took the view that the biggest problem is that in Europe the voice of those who want peace is much less loud than the voice of those who escalate tensions. The EU is “in an escalation spiral,” and additionally, international institutions are becoming ever more politicised which means that the room for a meaningful dialogue based on common sense is becoming ever narrower, he said.

In his words, the fact that the European Union has adopted severe sanctions has created a difficult situation, and these are spoiling the chances for further plans. The original plan was to debilitate Russia and to force peace. However, the opposite has happened: the war is still ongoing, and rather than Russia having become debilitated, the European economy has found itself weaker, he argued.

He added that in his view, Europe has no will of its own, and we must therefore expect Europe to support the foreign policy of the United States. However, the consequence of this will be that in the EU we will have to be prepared for a serious economic situation in the coming several years ahead.

The Prime Minister expressed his gratitude to Turkey, a member of the Organization of Turkic States, for its successful efforts made as a mediator in the interest of avoiding a food crisis, stressing that such a crisis could induce further waves of mass migration, and this would directly affect Hungary which has this year alone foiled 250,000 illegal border-crossing attempts at its Southern borders.

Mr Orbán thanked the attendees of the summit of the Organization of Turkic States for their efforts and statements made in the interest of peace.

He also praised Turkey for its role played in guaranteeing Hungary’s energy supply. From the viewpoint of energy supply, Hungary is paying a high price as it is, and a condition of the security of its supply is the natural gas pipeline transiting Turkey which is the only pipeline operating at full capacity in the East-West direction, he pointed out.

He also thanked President of Azerbaijan Ilham Aliyev, stressing that Azerbaijan is the only genuine diversification opportunity for Hungary from the viewpoint of accessing gas from non-Russian sources. Baku additionally supports the initiative to bring green electricity from Azerbaijan to Europe within the framework of Azeri-Georgian-Hungarian cooperation.

The Prime Minister said Hungary has a vested interest in maintaining East-West cooperation because in the absence of such cooperation “we Hungarians always stand to lose”. Therefore, Hungary fully supports the efforts of the Organization of Turkic States and will do everything in its power for “the successful implementation of the Turkic vision” in the decade ahead, he added.

Mr Orbán further spoke about the fact that Hungary joins proposals aimed at the facilitation and acceleration of trade, and supports the establishment of a Turkic investment fund.

The Prime Minister thanked the attendees for their contribution to the establishment of a drought prevention institute in Hungary.

Members of the Organization of Turkic States include Turkey, Kazakhstan, Kyrgyzstan, Uzbekistan and Azerbaijan, while Hungary and Turkmenistan joined the organisation as observers. The summit held in Samarkand was the ninth summit of the organisation established in 2009.

Commenting on the address of the Hungarian Prime Minister, host of the summit Uzbek President Shavkat Mirziyoyev said it was important to hear about the situation in Europe. At the same time, Kyrgyz President Sadyr Japarov thanked Hungary for playing an active role in strengthening the integration of the Turkic world both regionally and internationally.