The Prime Minister said that a number of leaders in Europe are not willing to commit to the fight against modern-day mass population movement: the flow of illegal migrants pouring into Europe. The result, he said, is a decline in public security and the threat of violence and general dissatisfaction – though Hungary has moved in the opposite direction. Over the last few years millions of Hungarians have had their faith restored in Hungary being a safe and liveable country. He believes that “today’s disordered Europe” is unable to find solutions to the challenges posed by illegal migrants “laying siege” to our borders, the flourishing business of people smuggling, and terrorism.

In the future, however, an advantage will be enjoyed by those countries which succeed in maintaining order, and are able to guarantee security and legality, the Prime Minister pointed out. In his view, without order there is no economic growth, there is no investment, and “there is no good life”. He added that “The more you succeed in upholding law and order in Hungary, the more Hungary’s position will improve in the competition between nations”.

Mr. Orbán also mentioned the British EU referendum, in which the “Leave” camp prevailed. He said that the citizens of the United Kingdom have decided to take back control over their own fate, “they have had enough of being lectured to”, they have had enough of insecurity, the state of paralysis, “the flood of words without actions”, and the fact that they were beginning to feel that they were no longer at home in Europe.

The Prime Minister expects the EU to change rapidly in response: “we must and we shall retailor this European suit”. Using a chess analogy, he said that “If we remove a piece, the whole game changes; and if we remove a knight – and the United Kingdom is a knight in European politics – everything must be reconsidered”.

In his speech Mr. Orbán thanked the parents and teachers of the students, and, addressing the graduates, he said that “You serve your country, and this is not just a place of work, this is not just a job, but a calling; and those who obey the calling of the homeland are courageous people”.

The Prime Minister praised the work of the Hungarian uniformed services, who “have performed superbly in recent years”. In 2010, he said, the goal was to ensure that a uniform would not provoke fear in honest people, but respect. Today, however, “respect is combined with thanks and a feeling of gratitude”.

As a result of the efforts of the criminal investigation and law enforcement services, Hungary has achieved sustained order in the country, the Prime Minister stated. Finally he reassured the graduating students that the Government is working towards ensuring that their work should be – in addition to a noble calling – a well-paid career which provides a secure future.

The 219 graduates took their oaths as new officers in front of a replica of the Holy Crown and the historical flags in Kapisztrán tér, in the presence of the Prime Minister, Interior Minister Sándor Pintér, Defence Minister István Simicskó, and the General Staff.

According to the information material distributed at the event by the Public Service University, 162 students from the Law Enforcement Faculty will join the police as officers. They have graduated as criminal investigators, financial investigators, administration police and traffic police officers, law enforcement officers and border guard officers. The rest of the graduates will join the National Tax and Customs Administration, the penal enforcement agencies and the National Directorate General for Disaster Management.

Hungary calls upon Brussels to reimburse costs of border protection 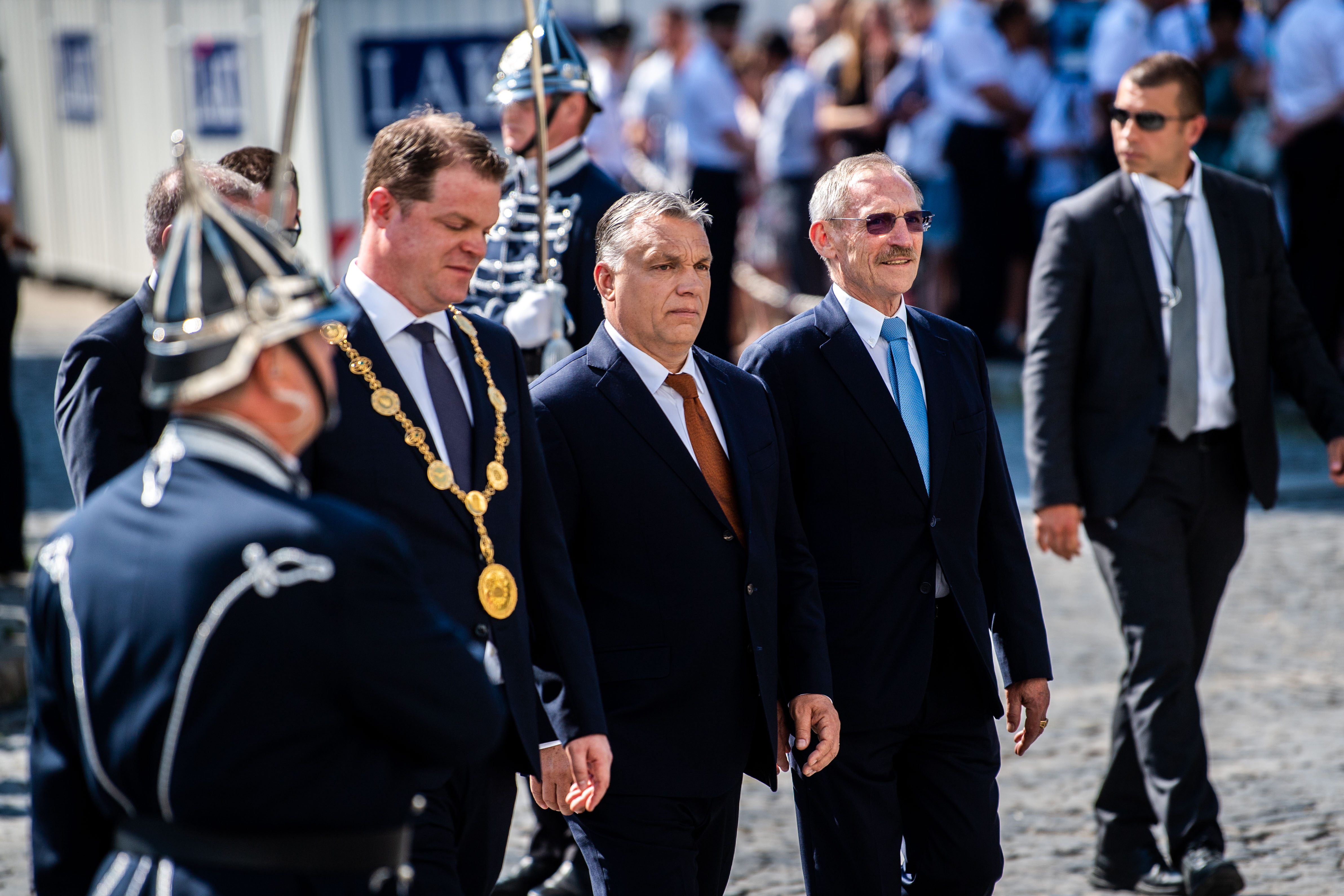