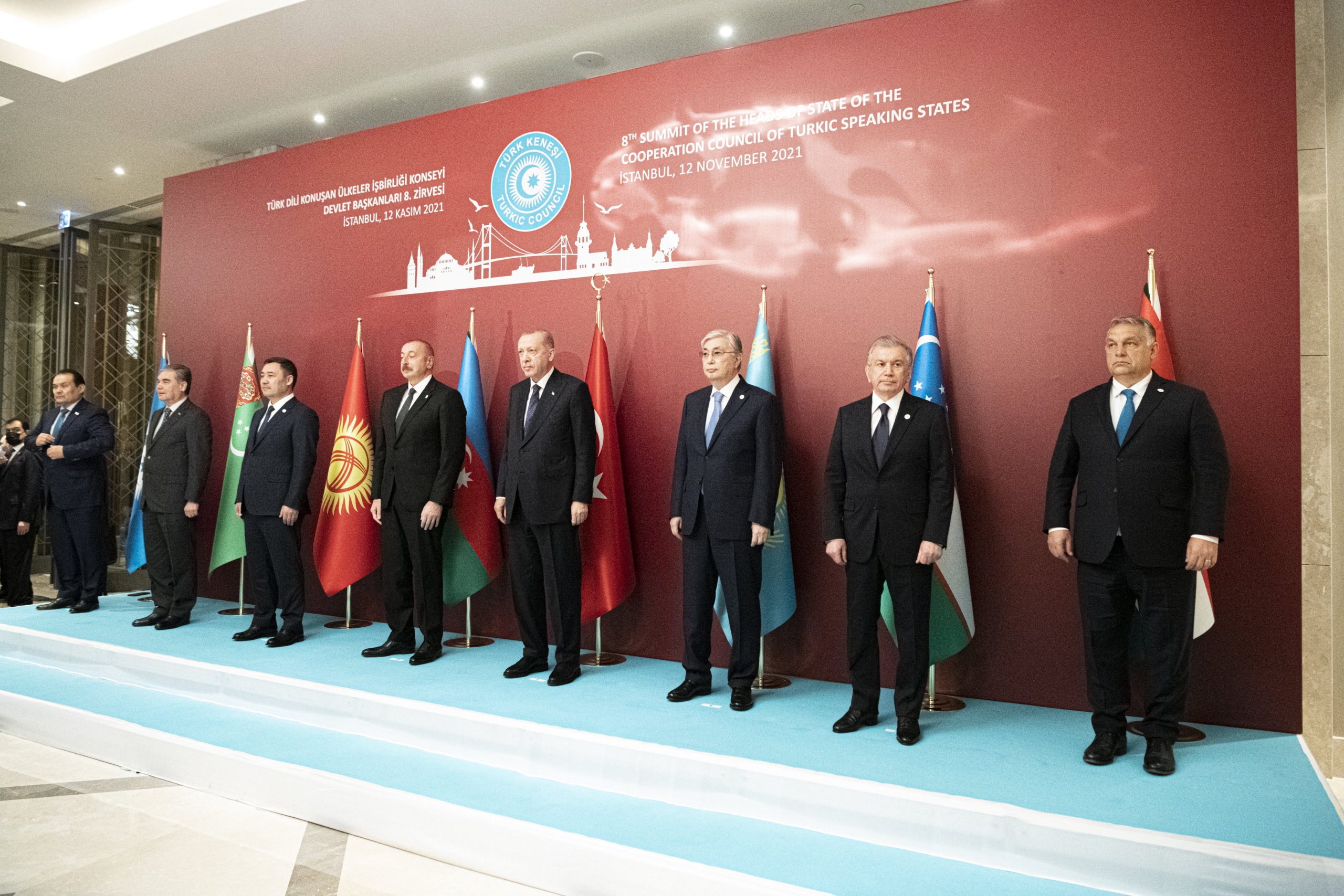 Hungary to initiate joint summit of Turkic Council and V4
12. 11. 2021.
| source: Cabinet Office of the Prime Minister
Hungary will initiate a summit at the highest level between the Turkic Council and the Visegrád country group (V4) to be hosted in Budapest in the first half of 2022, Prime Minister Viktor Orbán announced on Friday at the summit of the Cooperation Council of Turkic-Speaking States held in Istanbul.

In his address, the Hungarian Prime Minister recalled that Hungary will lead the cooperation of the V4 until 1 July 2022. Mr Orbán also mentioned that the Hungarian and Turkic peoples share a historical and cultural heritage reaching back many long centuries.

He pointed out that the Hungarian people are proud of this heritage, and were also proud when their opponents in Europe mocked them as barbarian Huns and Attila’s people.

In his speech, Mr Orbán stated that Hungary had delivered on all its previous undertakings made towards the Turkic Council. He said Hungary has elevated relations with Uzbekistan and Kyrgyzstan to the level of strategic partnership, as part of which a Hungarian embassy has also been opened in Bishkek.

The Hungarian Prime Minister highlighted – as a measure taken in the field of education – that Hungary has increased the number of state scholarship grants at its universities available for students from Turkic countries. “The programme is successful, for this academic year more than five thousand students applied,” he added.

Regarding businesses, he said the Hungarian Eximbank opened a credit line worth USD 545 million to finance cooperation between companies, and last week Hungary and Kyrgyzstan also launched a development fund worth USD 16 million.

In his address, Mr Orbán stressed that the Hungarian government regards the establishment of a Turkic investment fund as an excellent initiative. At the same time, he asked the Council that once this happens Hungary should be allowed to join it as soon as possible. The Prime Minister highlighted that Hungary is also ready to make a financial contribution to the fund’s capital.

Mr Orbán also covered the situation in Afghanistan in his speech. He said Europe is facing an enormous migration challenge; never before in its history had the continent been compelled to face migration pressure from three directions at once.

He drew attention to the fact that preventing the development of further major migration waves from Afghanistan is a fundamental security interest for Hungary.

In this context, the Hungarian Prime Minister reassured the Turkic Council that Hungary will not consent to any EU decision that disregards the security interests of the Turkic countries.

The summit was held in a suburb of Istanbul, at the Democracy and Freedom Island situated in the Sea of Marmara. Before the meeting, leaders of the attending countries officially inaugurated the new Istanbul office of the Turkic Council after a flag hoisting ceremony.

The Hungarian Prime Minister is on a two-day visit to Turkey; the day before, he attended the 5th meeting of the Turkey-Hungary High Level Strategic Cooperation Council in the company of members of his cabinet in Ankara.

The Turkic Council is an intergovernmental organisation established in 2009. At present, it comprises five Turkic-speaking Member States: Turkey, Azerbaijan, Kazakhstan, Uzbekistan and Kyrgyzstan. Hungary has held observer status since 2018. At the current eighth summit, Turkmenistan was also awarded observer status.