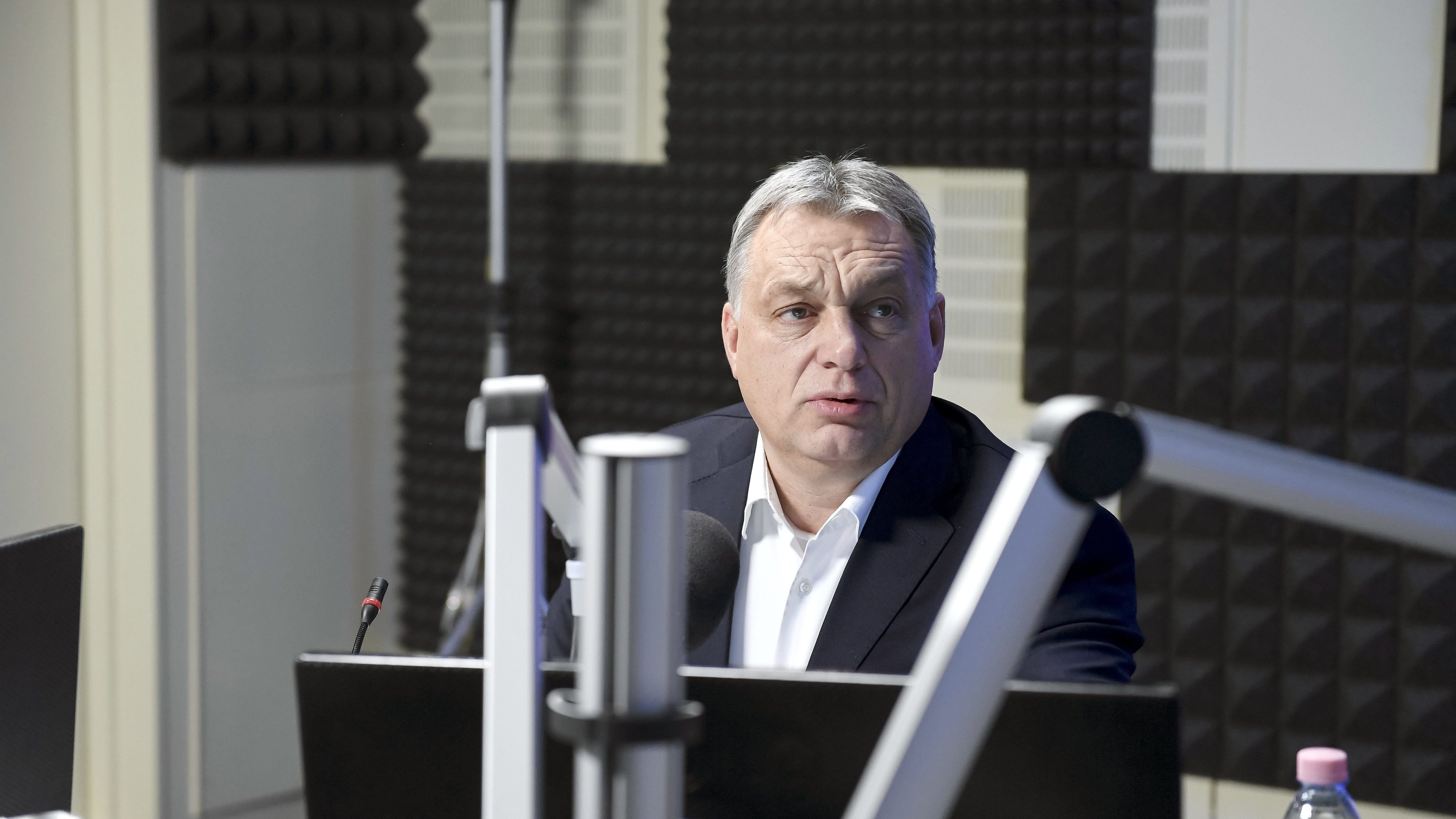 “The Government has never accepted the European Union’s quota regulations, and accordingly no one can demand any rights in Hungary based on those regulations”, the Prime Minister stressed.

In reference to the some 1,300 people who were granted protection in Hungary last year, however, he said that the country is complying with the international asylum conventions that have been integrated into the Hungarian legal system. Therefore if the authorities determine that a person is in need of international protection, Hungary will grant it to them on a temporary basis. He described those who have been admitted as being different from the illegal migrants “leaving a trail of devastation” at the state border. On the contrary, they are people in need of protection, who first “knocked on the door”, he said, adding that most of them are women and unaccompanied minors. Mr. Orbán said that when they are no longer in need of protection, people who are granted protection will be required to return to where they came from; they will never become Hungarian citizens. He added that 491 people are currently accommodated in both guarded and unguarded facilities in Hungary.

Regarding the legislative proposal that the Government is calling the “Stop Soros” bill, he said that the legislative package of three elements will create a new situation, and everyone – including George Soros – is free to decide how they will act: to continue the organisation and promotion of illegal migration, or to desist. “If he continues these activities, the new legislation will also apply to him”, Mr. Orbán said.

With reference to the details of the bill, which the Government has introduced in response to the result of the National Consultation, the Prime Minister said that there will be a separate register of organisations engaged in the arrangement of illegal immigration. These organisations “can be better described as pseudo-NGOs” working with paid activists, he stated. They will be required to submit separate reports and financial returns; their finances will be inspected “with a magnifying glass”; and a 25 per cent tax will be imposed on any sums they use to facilitate migration. The Prime Minister said that in his view the proposed legislation should also scrutinise EU funding used for such purposes. Furthermore, he explained, individuals engaged in these activities will not be allowed to approach border areas (the airport also qualifies as a Schengen border); and if they are not Hungarian citizens they will also be prevented from entering the country.

When asked who such restraining orders could apply to, Mr. Orbán said that the Government seeks to keep away from Hungary anyone who wants to act in a way fundamentally contrary to the interests of the Hungarian people.

Mr. Orbán asserted that the Government wants to prevent Hungary from becoming an immigrant country, and seeks to ensure that the operations of those who organise and finance migration cannot succeed in Hungary. He added that it also seeks to ensure that those who continue to support illegal immigration – despite being called upon to desist – are kept away from the country.

Regarding the title “Stop Soros”, Mr. Orbán pointed out that “On a regular basis George Soros openly states that he spends an enormous amount of money on supporting and organising migration”, adding that “He has a plan, according to which the fence is the problem, and migration is the solution for Europe’s future”. This is in sharp contrast, the Prime Minister observed, to the Hungarian government, which believes precisely the opposite: “migration is the problem, and the fence is the solution”.

“Our duty now is to do everything possible to prevent implementation of the Soros Plan”, he stated.

In the Prime Minister’s view, this is the dividing line between the governing parties and the opposition: while the former held the National Consultation and are now enacting the will of the people demonstrated by its result, the opposition supports the dismantling of the border fence and would accept migrant quotas. “In my view the opposition is in a single bloc on the side of immigration and the migrants”, he said.

Mr. Orbán pointed out that the United Nations is about to adopt documents that support worldwide mass migration. Therefore next week Hungary’s National Security Cabinet will look into the UN’s plans on this, he said; he added that it is no coincidence that the United States has withdrawn from UN talks on the issue, because it believes that the organisation may adopt decisions that are detrimental to US interests. In this regard, the Prime Minister said, “I share their concerns, and this is something that we should also consider”.

The interview also touched upon Hungarian-Polish relations. The Prime Minister said that, following a personal meeting earlier this year, he had a telephone conversation with Polish prime minister Mateusz Morawiecki, in which they confirmed that both countries stand by their migration policies, that they do not want to become immigrant countries and that they shall not submit themselves to the imposition of migrant quotas.

“Poland can rely on Hungary”, Mr. Orbán said in relation to the EU proceedings launched against Poland, adding that “a decent Member State must not be subjected to proceedings on the basis of unfounded accusations: that is shameful”.
He also said that currently the Government is working on the joint establishment of a Central European Development Bank. “A decision on the relevant dates for this project may be reached at the meeting of the Visegrád Group prime ministers in Budapest next Friday”, he said.

Concerning his recent visit to Berlin, Mr. Orbán said that in his speech he had highlighted that China is not a threat, but an opportunity, noting that developments must be implemented in Central Europe, including the interconnection of electrical networks, the construction of gas pipelines and the building of transport routes. He said that these could be financed from banks, or from EU regional cohesion funds – which are limited, however. If bank loans are too expensive, financing could be sourced from outside the continent: from China, for instance. The latter has agreed to finance Central European development programmes under financial terms and conditions that are more favourable than those available in Europe, he said.

The Prime Minister spoke about his visit to Bavaria, saying in summary that Bavaria and Hungary have renewed their alliance, and that the Bavarian minister-president has agreed to put forward a proposal for Austrian-Hungarian-Bavarian trilateral cooperation.

Speaking about the Hungarian economy, the Prime Minister pointed out that soon everyone will be able to find employment, wages are increasing, and the observance of the wage agreement is a basic precondition for the country’s success.