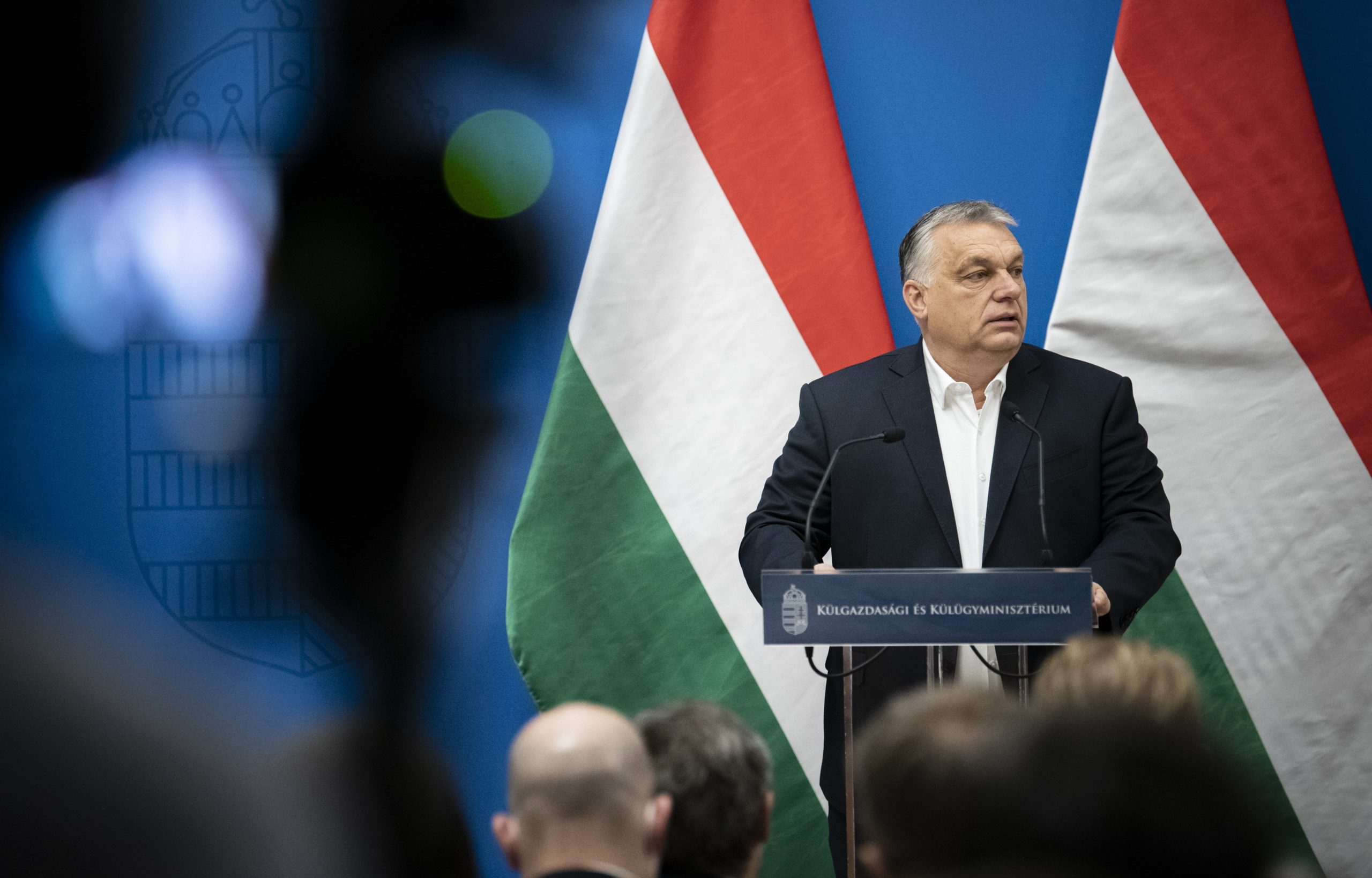 Hungary’s security is number one priority
01. 03. 2022.
| source: Cabinet Office Of The Prime Minister/MTI
On Tuesday morning at the head of mission conference of the Ministry of Foreign Affairs and Trade, Prime Minister Viktor Orbán addressed Hungary’s ambassadors regarding the tasks during the period ahead, Bertalan Havasi, the head of the Press Office of the Prime Minister informed the Hungarian news agency MTI.

The Prime Minister first had a meeting with Minister Péter Szijjártó and the state secretaries of the Ministry, then in front of an audience of ambassadors, he spoke about the crisis that has developed due to the Russian-Ukrainian war. He stressed that the most important task for everyone, including members of the Hungarian diplomatic corps, is to prevent Hungary from being dragged into the war. Hungary’s security is the number one priority, Mr Orbán pointed out, adding that Hungary is taking part in the joint European efforts that serve to restore peace, but will send neither weapons nor military personnel to Ukraine because those could jeopardise the lives of Hungarian people.