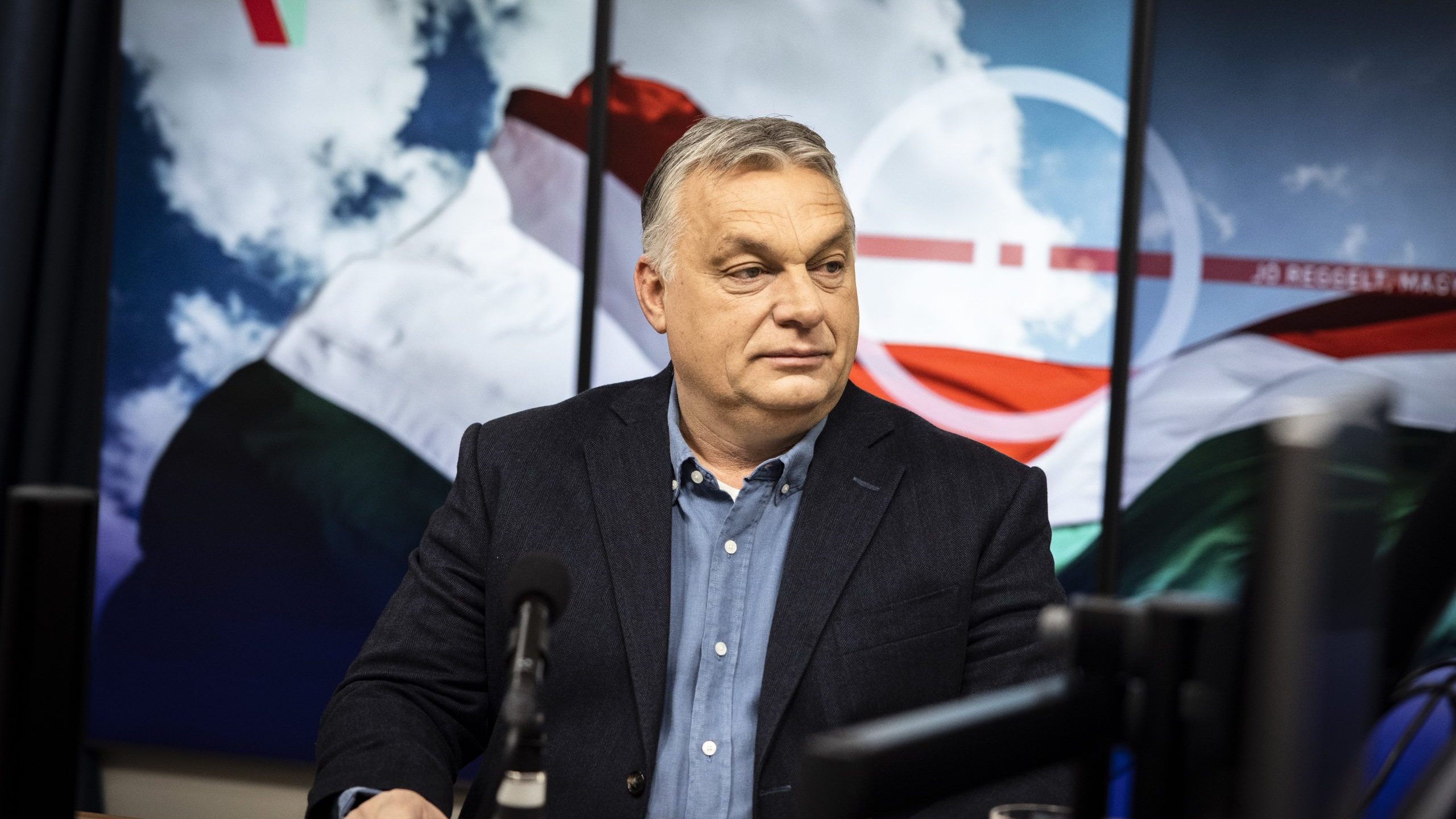 If there are no children there is no future
28. 01. 2022.
| source: Cabinet Office of the Prime Minister/MTI
If the incumbent government majority are granted another mandate in the April elections, not only will the present family support programmes continue, but new elements will also be added, and if the economy does well enough, their rates will increase, Prime Minister Viktor Orbán said on Kossuth Radio’s programme ‘Good morning, Hungary’ on Friday.

The Prime Minister said on this matter his personal goal is to ensure that if someone decides to have children, their living conditions should improve, rather than deteriorate as a result.

He stressed it is their most profound conviction that “if there are no children there is no future”.

He observed that in Europe Hungary spends the highest percentage of the budget pro rata on family support; there is no other country that “regards children and families as important – also in the language of finances – as Hungary”.

He said “we don’t want to become an immigrant country,” “we simply cannot replace the missing Hungarian children with foreign adults”. The goal is to create circumstances in Hungary which encourage families to have children, he added.

At next week’s Hungary-Russia summit, Mr Orbán would like to achieve an increase – in the interest of Hungary’s security – in the quantity of gas fixed in the multiannual gas agreement as a quantity to be supplied safely under any circumstances. The Prime Minister indicated that before his talks he will consult both with NATO and the European Union.

Regarding opposition suggestions that “Putin ordered the Hungarian Prime Minister to present himself in Moscow,” he said members of the Hungarian public know full well that “we can’t be ordered anywhere”. He said Hungary is a sovereign country, and its government and leaders act in a sovereign manner.

He stressed that the government always bears national interests in mind as the top priority, including in foreign relations.

He took the view that balanced economic relations are key, and therefore at the upcoming talks he would like to achieve in Russian-Hungarian relations – in the interest of Hungary’s security – an increase in the agreed quantity of gas in the present difficult times characterised by a steep rise in energy prices.

He said, in addition to economic issues, they will evidently not be able to avoid talking about the European security situation. On this issue, he continued, Hungary’s position is absolutely clear: we have a vested interest in peace.

He further highlighted that Hungary is also a member of NATO and the European Union, and so before every such meeting, he consults with the Western allies. “I’ve already done some of the consulting, and will continue in the coming days as well. Meaning that I’m going to Moscow, consulting with both NATO and the European Union, and the politicians playing a key role in the EU presidency beforehand,” he said.

He took the view that the Left had gone too far in attacking the government’s defence against the pandemic. “You can always do everything better,” and it is the job of the opposition of the day to say so, but they cannot go too far in their attacks, he pointed out.

He said one cannot want power by acting against the best interests of the nation and the country in the meantime.

He recalled that the Operational Group had been set up two years ago. They are working hard to save people’s lives, and so they do not deserve to be attacked. Although there will be elections, the issue of the fight against of the pandemic should be withdrawn from the election battles as much as possible, and we need cooperation above all, Mr Orbán said.

The Prime Minister stated that the starting point is the safety of the Hungarian people, all their decisions are guided by this single criterion, and this is also true of vaccination. At all times, there must be in storage a quantity of vaccines that the Hungarian people require. At the same time, they tend to over-plan stocks in order to be on the safe side, and after a while, these stocks pass their sell-by date. If they cannot be administered in Hungary, it is better to give them to someone than to throw them away, he explained.

He also said it would be a big mistake, in his opinion, if from the viewpoint of the procurement of vaccines “we exposed ourselves to the group of Western European pharmaceutical companies organised together by the European Union”. We must stand on more than one leg, must come to an agreement with others as well, and must make it clear that they “can’t make an extra profit on us,” he added.

Regarding the introduction of a ceiling on food prices, Mr Orbán said in a normal situation, the government should not be required to intervene in the development of prices, but there are extraordinary situations in which the government cannot say that the actors of the economy will take care of them. Until things return to normal, someone must protect the people, he stated.

He took the view that there are multiple reasons for the present high inflation, but the number one contributing factor is the rise in energy prices which is due, to a substantial degree, to political decisions. “Brussels’ policy relating to energy prices has clearly failed,” he pointed out.

He said climate protection should not be forcefully achieved with high energy prices because as a result the prices of all other products will also increase as energy is necessary for everything. The normal way to go about policy-making is to make ongoing efforts to reconcile a variety of criteria because “there may well be climate protection criteria, but at the same time, people must also live, and so there are social criteria as well,” he explained.

He recalled that in Hungary families have been protected with the reduction of household energy prices for many long years now. In climate policy, policy-makers must make it clear that the big polluters must bear the brunt of the burdens, and “we mustn’t allow people in Brussels to shift these burdens onto Hungarian families,” Mr Orbán stressed.