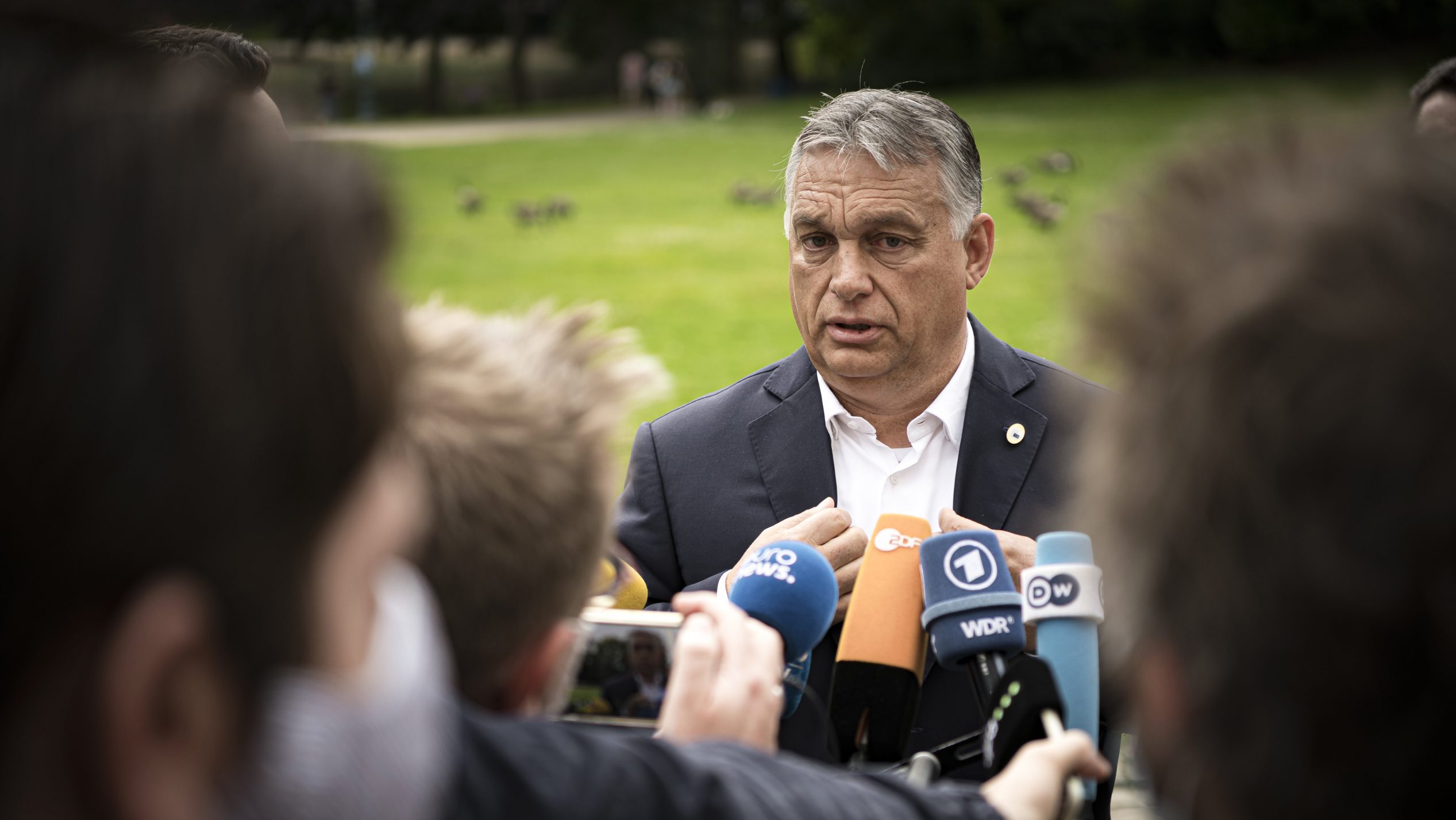 Talking to the international press, the Prime Minister said the Dutch would like to introduce a mechanism which monitors the disbursement and utilisation of EU funds, in particular, in the case of the Southern countries. He underlined that this is an entirely new mechanism also in connection with the rule of law.

Regarding the rule of law – listed among the issues that remain open for the time being – he said its existence and guaranteeing its existence are of fundamental importance for all 27 Member States.

He highlighted that as the issue of the rule of law is fundamentally important from the viewpoint of the European Union, Hungary asked for guarantees that the rule of law procedure instituted against the country will be brought to a conclusion within the shortest possible time, he added.

He pointed out that the introduction of an entirely new mechanism requires the amendment of the treaties of the EU. According to Hungary, there is no need for a new mechanism, but we are ready to debate it. Carrying out this job, however, takes more than just a few casual words; it requires a lot of hard work and deliberation, he underlined.

Regarding Dutch-Hungarian relations, he said “I don’t know what personal reasons Dutch Prime Minister Mark Rutte may have for hating Hungary and me personally, but he keeps attacking our country relentlessly,” he said.

He recalled that Mr Rutte takes the view that Hungary does not honour the rule of law, and therefore economic sanctions should be introduced against it. This is unacceptable as there is no decision about the state of the rule of law in Hungary, he pointed out.

Mr Orbán said the considerable progress made at the summit so far is due to the fact that the leaders of all EU Member States are aware of the gravity of the economic situation that has developed in the wake of the pandemic and of its anticipated consequences.

He highlighted that instead of a dozen, there are now only four cardinal issues yet to be debated, and so there is a good chance of coming to an agreement. In addition to the rule of law, among the issues yet to be discussed he mentioned the size of the recovery fund which must, in his view, adequately address the economic crisis that we are faced with. The percentages of non-repayable grants and credit within the package are as yet open issues. In this regard, he highlighted that the Netherlands is urging the introduction of a mechanism which would vest it with significant power regarding the disbursement of EU funds, in particular, in the case of the Southern countries.

He added that Hungary supports the Italian position as those countries must be given money – and as soon as possible – which have the greatest and most urgent need for it.

Regarding the ratios of grants and credit, he highlighted that if we take a look at the sums allocated to countries of similar sizes with similar populations and similar revenues, the difference in the case of the part allocated to Hungary is humiliating, amounting to many billions of euros. Hungary finds this unfair, but in the interest of European unity it is prepared to accept even such a solution, he said.

In the context of the rebates payable from EU contributions to better-off countries, the Hungarian Prime Minister said while rich countries want to retain this privilege, following Britain’s departure (Brexit), “this mechanism should be eliminated”.

Regarding non-governmental organisations, he said their EU grants should be reconsidered as they attack the governments of Member States from the grants they receive. Therefore, at the summit he suggested that such organisations should be awarded EU grants based on similar considerations as political parties. Member States eventually rejected this proposal, he informed the press.

Mr Orbán stated that reaching an agreement on the issues now being debated in Brussels is essential, and so he is ready to continue negotiations even during the course of next week in the interest of a successful outcome.