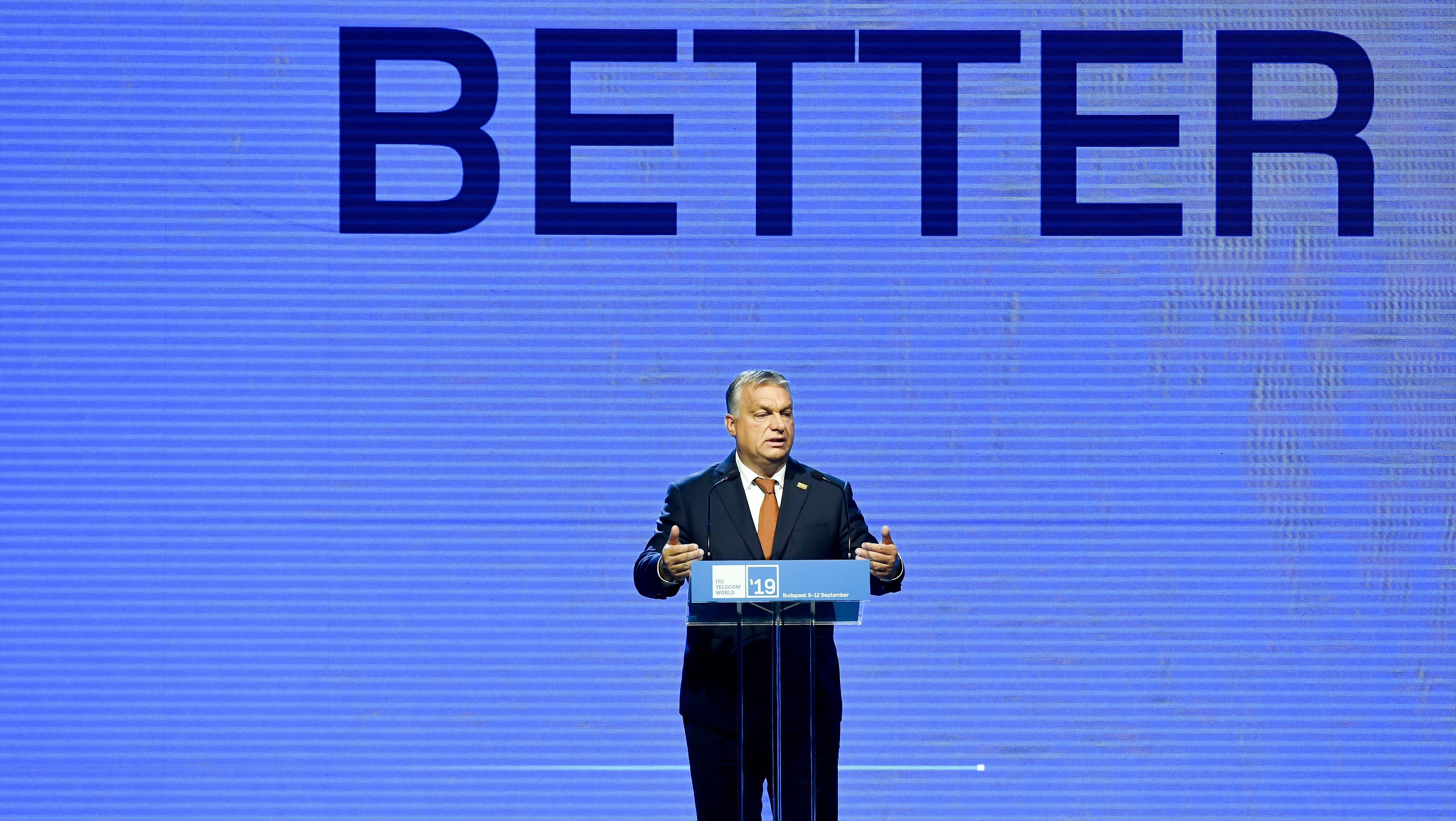 In Hungary it is not only possible to plan the future, but also to implement it
09. 09. 2019.
| source: Cabinet Office of the Prime Minister/MTI
At Hungexpo in Budapest on Monday, at the opening of the Telecom World 2019 conference of the International Telecommunication Union (ITU), Prime Minister Viktor Orbán stated that Hungary is ready to become one of the digitalising world economy’s success stories, and has already set out on that path.

Mr. Orbán said that the chances of this are good, because today in Hungary the digital economy has robust foundations: Hungary is already a digital economy in the heart of Europe, where the future has already started, and it is to be hoped that Europe will also move in that direction at full speed. At the same time he urged the European Union to finally bring the debates related to the digital economy to a conclusion, and start taking joint action.

Listing the Hungarian economy’s achievements, Mr. Orbán said that in ten years the country has fought all the way from the bottom to the top of the continent’s rankings: it is within reach of full employment, it has modern industries, and in all Europe there is hardly a government budget more stable than that in Hungary. He also noted that competitiveness, innovation and enterprise are at the centre of a new kind of Hungarian economic model.

Among measures for the digital sector, he mentioned that Hungary’s 5 per cent VAT on internet services is the lowest in Europe, and that a cutting-edge automotive testing ground has recently been opened in Zalaegerszeg.

The Prime Minister stressed that the digital economy now generates 25 per cent of Hungarian gross domestic product, and the sector provides jobs for some 400,000 people: the third highest percentage in the European Union.

Mr. Orbán added that in the past ten years Hungary has proved that here it is not only possible to plan the future, but also to implement it. He stressed that Hungarians want to be the winners in this new exciting adventure that will shape history.

At the same time, he said, as Prime Minister he must also face the challenge of how to craft policy in an economy which is increasingly digitalised, and ensure that its benefits flow not only to a small elite and a limited range of large corporations, but to everyone. He noted that to this end the Hungarian government has already launched the Digital Prosperity Programme.

He declared that digitalisation must be channelled to farmers in the remotest villages, to hospitals, to small settlements, and to small and medium-sized enterprises. Thus, he said, everyone can be the beneficiaries and not the victims of the changes caused by digitalisation. He noted that unless politicians create such policy, a section of the population will turn against digitalisation.