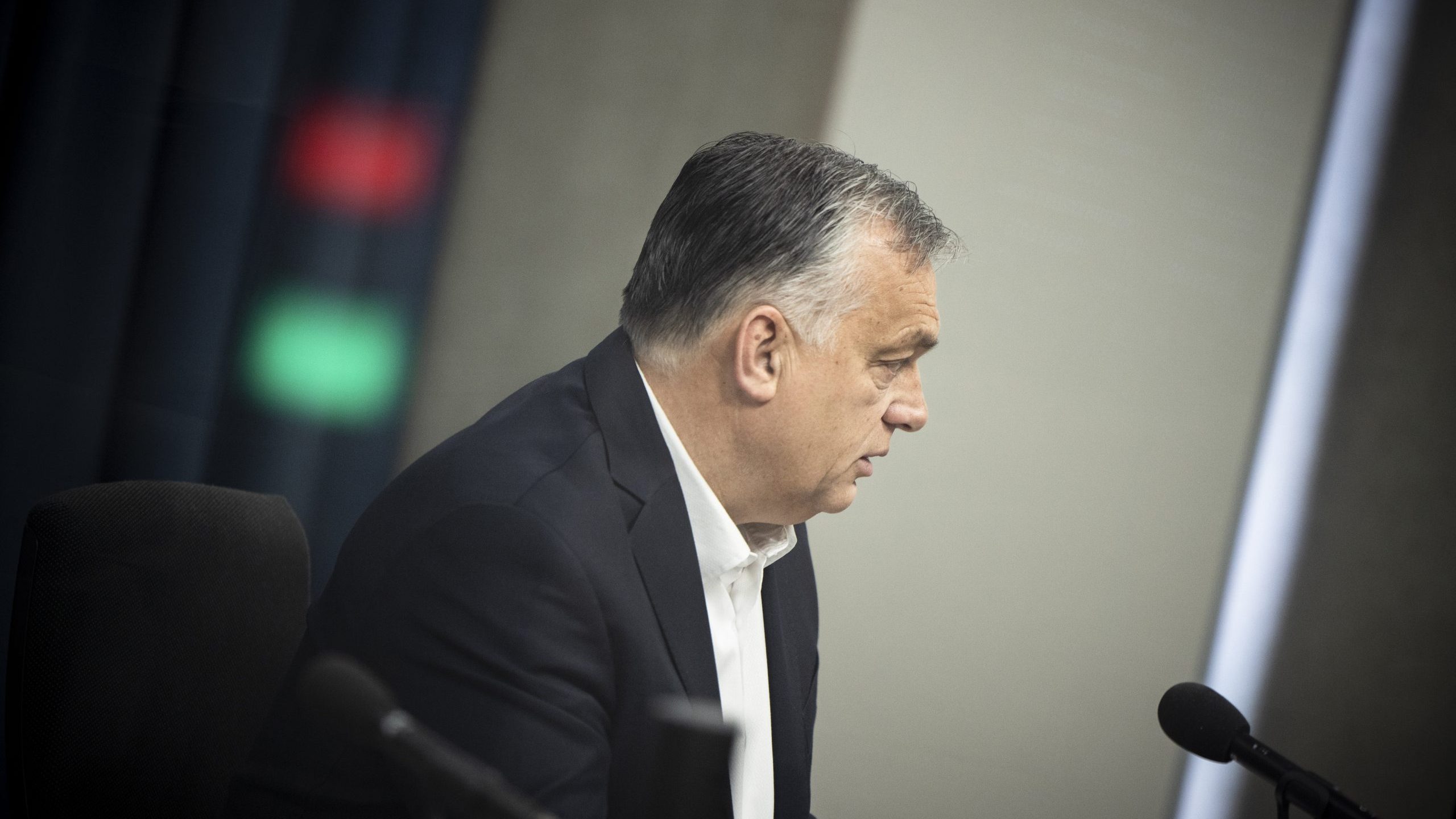 The Prime Minister expects that as a result “the number of people receiving the third dose of the vaccine will increase at rocket speed”.

The Prime Minister said in the past two weeks up to Thursday evening, a million vaccines had been administered as part of the vaccination campaign, including 800,000 third booster shots and 115,000 first vaccines, meaning that this many people “who had for some mysterious reason previously not had themselves vaccinated now decided to do so”.

In his view, in the past two weeks in Hungary, people’s safety has increased significantly thanks to the vaccinations.

“With the third dose of the vaccine we’re racing ahead, we’re doing well,” 2.6 million people have received the third booster dose, accounting for 27 per cent of the population, while the EU average is somewhere around 10 per cent, Mr Orbán said, adding that this year the greatest gift we can give each other and our loved ones is if we have ourselves vaccinated.

He said as the efficacy of the first and second doses of the vaccine starts diminishing after six months, the government is planning to contact everyone whose term of immunity is about to expire in person – by e-mail, SMS and mail – and to ask them to have the third dose of the vaccine administered. He pointed out that with the third dose the level of immunity can be repeatedly raised to above 90 per cent.

He said so far everyone has put up a “fantastic” fight, including physicians, nurses, general practitioners, police officers, soldiers and the state administration workers organising the defence operations. He took the view that they have been under much pressure, but they have not crumbled under the weight, Hungary’s health care capacity is “standing its ground”.

He drew attention to the fact that in Austria lockdown measures must be imposed because the number of beds available for the care that is required in the event of an epidemic is much lower than in Hungary.

Regarding the vaccination of teachers, he pointed out that it is a legitimate expectation on the part of parents that teachers, too, should do everything they can in the interest of protecting children’s health and have themselves vaccinated. He took the view that a shortage of teachers is “not a pleasant thing,” but if children fall ill, that is a much bigger problem.

Concerning the Omicron variant, Mr Orbán said members of the scientific community do not yet have a generally accepted position about how much more dangerous this variant is and how much faster it spreads. At the same time, he believes that the scare of the first few days was much greater than the virulence of the variant warrants. “But anyone who has already burnt their tongue drinking hot milk will even blow on cold water. […] We’re in the same situation now, it’s better to be cautious,” he observed.

Changing the subject, in the context of the child protection referendum, he said the referendum had already worked once before as on the issue of immigration Brussels had “almost toppled us,” but with the vote we had steeled our position. Thanks to the referendum held at the time, neither mandatory quotas have been introduced, nor have migrants been resettled here since, he pointed out.

“We must do the same again in the interest of our children’s future,” he highlighted, observing that he does not care at all about what they say in Brussels about the child protection legislation, and would not like the Venice Commission to interfere in how Hungarians raise their children.

“We must make our own choices,” he stated, adding that “there is a craze, […] a wave in Western Europe which quite simply doesn’t respect the right of parents that raising their children to adults, including the issue of sexual education, is the parents’ exclusive right”.

Mr Orbán stressed that on its own the government is unable to protect people’s interests; it is only able to do so “if the Hungarians line up behind the government again”.

He took the view that the fight against the pandemic and the energy crisis is most on people’s minds as far as their political attention is concerned, but behind these there is another “desperate struggle about our longer-term future, for our children’s soul and way of thinking, meaning for the future”.

He highlighted that on the issue of the child protection legislation Brussels is blackmailing Hungary with EU funds, but we will win this debate, the funds we are entitled to will be disbursed to Hungary, and until then they are being advanced by the budget, meaning that our economic growth will not be foiled.

In his view, this is a “also a mind game,” the other side is threatening us, and they most certainly outnumber us but, he continued, “if we Hungarians hold on, then the same as on the issue of immigration, we will also win on the issue of the raising of our children”.

He observed that if this issue were not as important as it is, Brussels “wouldn’t turn this into such a big hoo-ha”.

Mr Orbán said Brussels wants to interfere in next year’s elections in Hungary in order to be able to enforce its intentions on the issues of immigration, the raising of energy prices and the education of children unhindered. In Brussels, they want a government in Hungary which only ever says “jawohl,” he said.

Regarding the question of energy prices, he confirmed: the government decided to give 33,000 small businesses and also local governments the opportunity to change over to more favourable energy tariffs. Concerning the fact that the municipalities of Budapest and Hódmezővásárhely, too, would like to enrol in this scheme, he said “when we think about local governments, we never only think about their leaders, we only think about the people living there. In my view, it’s best both for the people of Budapest and Hódmezővásárhely if they pay less for electricity and gas. […] We’re happy to be of assistance.”

He also said the costs arising from this will have to be swallowed primarily by the large international corporations active in the sector, but the Hungarian electricity and gas company MVM, too, will be compelled to sustain losses.