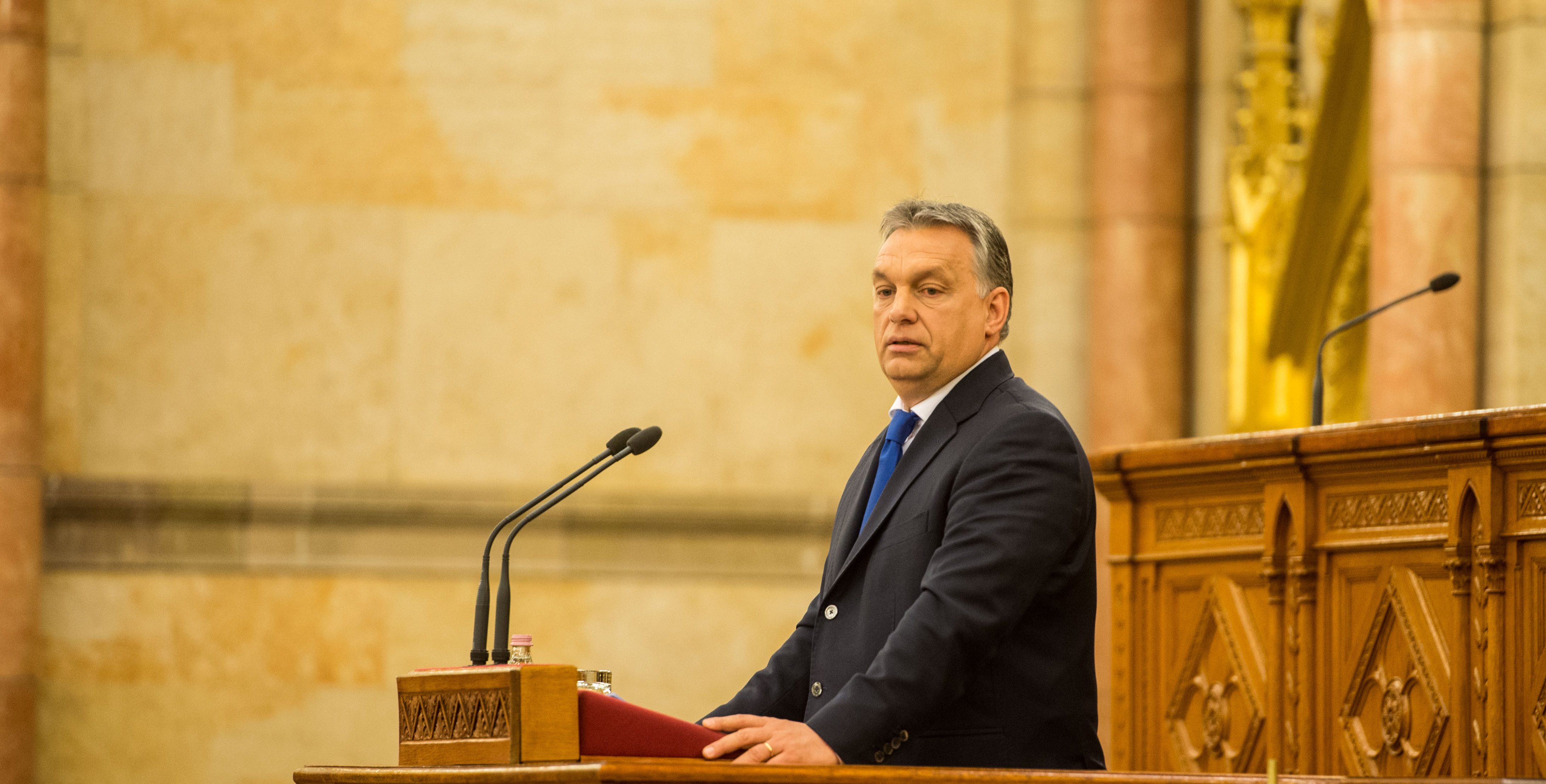 The Hungarian government cannot support any mass migration movements which could lead to results conflicting with the National Avowal contained within the Fundamental Law. “Neither the legislature nor the government of the day may pursue such a policy within constitutional boundaries”, he said.

He said that in drafting the “Schengen 2.0” action plan, the Hungarian government is fulfilling its constitutional obligation to protect Hungary’s citizens. The external borders must be protected, and procedures regarding those wishing to come to Europe must be conducted outside the EU, in enclosed and guarded areas, the Prime Minister reiterated.

In his view it is likewise reasonable to expect illegal migrants to be sent back without delay to safe transit countries, or to their countries of origin if the latter are safe. He also argued that development and visa agreements with countries outside Europe must be tied to conditions.

Mr. Orbán pointed out that it is important that the responses to demographic and labour market challenges are the sovereign decisions of Member States.

The Prime Minister said that, in order to meet the constitutional obligation of protecting the citizens of Hungary, “we must know who wants to come to our country and why; in other words, we have the right to choose whom we wish to live together with and whom we do not wish to live together with”. He added that this is not in conflict with the principle of the universal protection of refugees.

Speaking further on the issue of constitutionality, the Prime Minister said that while the European Union has no workable solutions to its various crises, Hungary and Central Europe “are anxious to take action, and are full of energy”. In his view the reason for this difference can be found in the fact that Hungary has a modern constitution, and the Hungarians are able to define where they come from, where they are and where they are heading. “By contrast, Europe denies where it came from and is reluctant to admit where it is heading”, he said.

Mr. Orbán said that, according to the figures, the EU should be the world’s leading power. By contrast, however, “it only has energy for self-reproach”, which is clearly shown in the attacks against Hungary and Poland, which often refer to their respective constitutions.

In conflict with its founding treaty, he said, the EU is made up of its institutions, and the Member States are being required to assist these. In his view, this is why the EU is unable to explore the opportunities which its existence has created.

Mr. Orbán also spoke at length about the circumstances surrounding the drafting of the Fundamental Law five years ago. He said that the new constitution was not conceived in an academic debate, but in a battle, in a great political struggle, of which “we, who are sitting here today, are the winners”. With this victory, he continued, Hungary and its citizens have gained firm foundations for their lives, which can serve as the basis for a period of improvement.

He said that the adoption of the Fundamental Law was preceded by a series of consultations, and the majority views coming from these consultations were all incorporated, without exception. These included some, he said, with which he did not personally agree. As an example he mentioned the plan to grant parents the right to vote on behalf of their children.

The Prime Minister also said that “the siren voices were loud” which sought to prevent Hungary pursuing the idea of creating a new constitution – particularly at the beginning of the government term, as this could have damaged Hungary’s EU presidency. “We would like to thank everyone who resisted those siren voices, and who understood that […] in politics, timing is at least as important as content”, he said.

The Prime Minister added that they knew precisely what kind of attacks would be launched after the drafting of the new constitution. In this context he also thanked the President of Hungary at that time, Pál Schmitt – who also attended the ceremony. Mr.  Schmitt, the Prime Minister said, was also aware of the consequences of his signing the document. “External and foreign forces will never forgive him […] for this act. This is important, and it places an obligation on us; because if they never forgive him, we can never forget what he did”, Mr. Orbán said.

The Prime Minister believes that there will always be “debates within the elite” on the constitution, in particular in a country with as sophisticated a culture as Hungary’s. “Our country has some strata of thinkers who always generate more thoughts than can be used”, he said, explaining that debates of this type regarding the constitution can also be expected over the long term.

The Fundamental Law can be solid and durable despite this, he stated, saying that “the foundations for the durability of the constitution can be laid by its tangible political and economic achievements”. In his view, if it is followed by a period of prosperity and improvement, the new constitutional order will strengthen.

He pointed out that, despite the fact that different intellectual concepts on the foundations of a constitution are mutually exclusive, the possibility of peaceful coexistence in observance of the fundamental law of the day is a question of will. To this end, we must acquire “the culture of peaceful disagreement”, he said, arguing that “in a democracy, opposing parties do not cut off heads, but count them”.

At the same time, the Prime Minister voiced dissatisfaction that the principles laid down in the constitution are being only very slowly realised in lower-level legislation and in public administration and judicial rulings. As an example he mentioned the maintenance and care of parents: we have seen very little of the practical implementation of this, he said.

In response to the words of Péter Darák, President of the Curia, Mr. Orbán remarked that further debates can be expected on the issue of the division of tasks under the constitution. He also mentioned that the legislative amendment of the freedom of assembly would be timely.