According to the Prime Minister, what is at stake at the elections in Hungary will be the same as in every European country during the past 1-2 years: Europe’s whole politics and future is about migrants and immigration. People at the elections in Germany, Austria, Italy and the Czech Republic, amongst others, were searching for the answer to the question of whether they can avoid becoming an immigrant country, and which parties support the migrants or instead want to keep them away.

This is the dividing line, he said, adding: “The situation in Hungary is extremely simple, because it is the governing parties that have been clearly against immigration and in favour of keeping migration out from the very beginning, while all the other political players have hindered this work both individually and as a party”.

He noted that security has been discussed at length, and we can see what the situation is in the big cities of Western Europe, and the video on Vienna by Minister János Lázár also painted an accurate image of the state of affairs there. According to Mr. Orbán, what could change in the remaining campaign period, and this is something in which he wants to play an active part, is that we must finally also begin talking about money.

According to European Union regulations, nine million forints must be spent on each migrant, not to mention the fact that they must also be given accommodation, the Prime Minister explained, adding: “If the Brussels decisions turn Hungary into an immigrant country, we will have to restructure ourselves to be an immigrant country”.

Quoting the Bavarian Minister-President, Mr. Orbán said that in Bavaria more money is spent on migrants and integration-related problems than on economic development, healthcare and environmental protection. “So this isn’t child’s play, the stakes are high”, he declared.

Hungary has fought to have a future, the economy is finally in a good state, people have jobs and there is money available to develop the county, the Prime Minister listed, pointing out that “if we don’t pay attention now and get things wrong” then our economic performance will have to be spent on resettled immigrants instead of on the people of Hungary.

Mr. Orbán said he didn’t recommend putting future development plans in brackets. “The migrant quota system would crush Hungary and then instead of new motorways and pension increases we would have to spend the money on migrants”, he pointed out, calling on people to also think about the fact that the 8 April elections are not only about defending Christian culture and national independence, but also about the country’s economic future.

In the interview, the Prime Minister also mentioned that the people of Europe have revolted against Brussels and against the global elite and large financial interest groups who in Hungary are embodied by the name George Soros. People don’t want Europe to be an immigrant continent, and in countries that have allowed entry to the migrants the situation is now difficult because nobody knows how they will be able to remove them, he said, confirming that the Hungarians and the countries of Central Europe cannot shoulder the consequences of these countries’ decisions.

Citing a local example, Mr. Orbán also spoke about the fact that “people are natural annoyed” when they are fined for speeding, but people’s opinions about the Hungarian police have changed a lot and overall a positive and appreciative opinion has developed with regard to them because the country has become a lot safer. With relation to this the Prime Minister praised the work of the Ministry of Interior’s Parliamentary State Secretary Károly Kontrát, amongst others, indicating that he will also be counting on his work in future.

As the Prime Minister explained, Várpalota could be a major winner of the next four years because local leaders, Károly Kontrát and Mária Talabér, have extensive plans and ideas. It was the two of them who successfully lobbied for the training pool, the A8 bypass and the castle and hospital development projects, he said, declaring that what will be at stake at the elections is that the city’s Member of Parliament “should be a flesh and blood human being, and not just a postal address”. 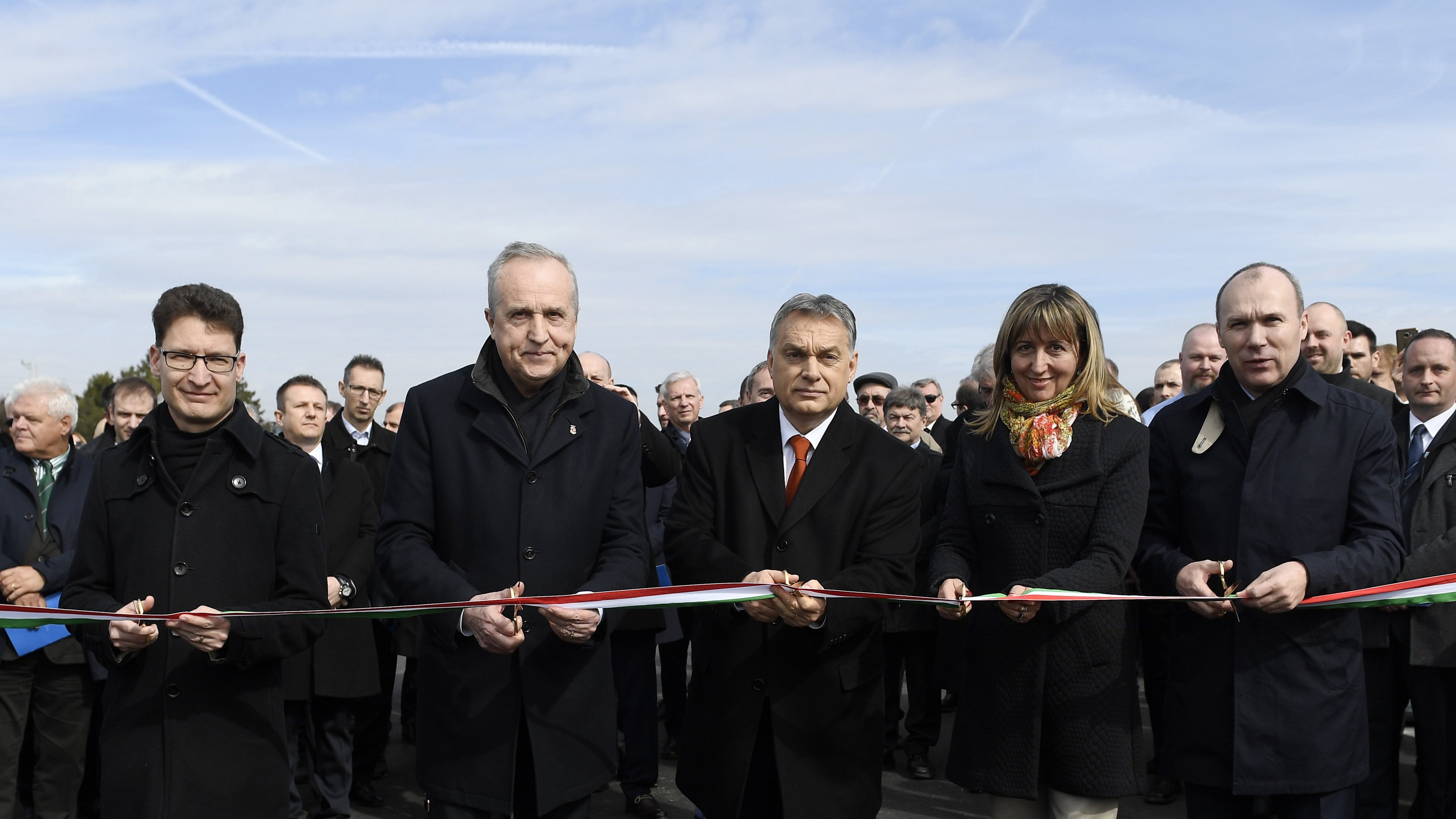