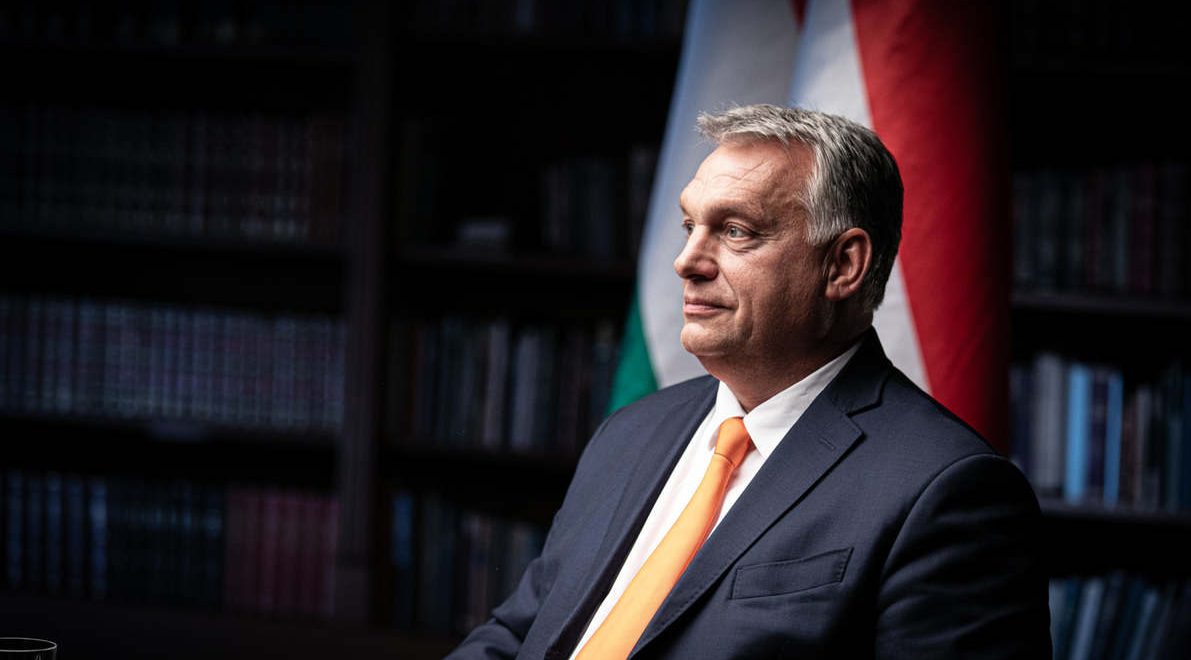 The Prime Minister answered the question about whether it’s true that German Chancellor Angela Merkel raised her voice at their latest meeting in the negative. He said Angela Merkel is “a strong woman” and raising one’s voice is “a sign of weakness”.

“Why put an extra burden on certain political issues when we’re in the midst of a difficult crisis,” he asked, adding that it is possible to talk about the mechanism later, with a view to enforcing criteria that are compulsory for all 27 Member States.

“This solution makes that possible; that’s why I called it a victory of common sense,” Mr Orbán said.

In answer to the question as to whether the crisis brought on by the pandemic was an incentive to reaching an agreement, he said the German presidency of the Council of the European Union wanted to debate the budget and the recovery fund in a single package. All Member States supported this solution; however, the European Parliament intervened in the process subsequently because “it completely overestimates its role”.

The EP “believes that it has greater legitimacy than national parliaments” which is “a mistake”.

Based on this perception of its role, the European Parliament came up with a subsequent supplement which served the sole purpose of exerting pressure. “This is why we were compelled to resort to our veto,” the Prime Minister said.

He added that, in actual fact, the sovereignty of all Member States was at stake. He stressed that in the EU Treaties there is a definition of the concept of the rule of law, and the EP “now tried to circumvent this unlawfully”.

Therefore, the decision proposed by Angela Merkel was nothing short of “genius,” she suggested that the mechanism can be retained subject to the EU Treaties, and only for the protection of budgetary interests. At the same time, any sanctions should be first reviewed by the Court of Justice of the European Union. “The citizens of Hungary fully agree with this,” Mr Orbán said.

This kind of sensibility has historical roots, “we know what it’s like when decisions are not made in our own capital,” he said in answer to the question as to why primarily the governments of former communist states accuse Brussels of extreme intervention. He added that one may observe in the case of some prime ministers that they want to delegate ever more national powers to Brussels. We, however, “reject this based on our historical experiences”.

“We want to be the members of an alliance comprising strong nation states that comply with the Treaties,” he laid down.

“We are close to it,” he said in answer to the question as to whether he compares Brussels with Moscow. He explained that in the past the central committee in Moscow defined the ideological direction, and with the rule of law mechanism Vera Jourová “wanted to introduce a similar controlling authority without a clear definition and objective criteria applicable to everyone”.

This mechanism would force Member States to implement “ideologically driven policies” with the threat of financial sanctions.

In answer to the suggestion as to whether the mechanism would relate to issues falling within the requirements of EU membership, the separation of power branches and the independence of the judiciary, he highlighted that all of these are part of the Hungarian Fundamental Law, and 31 years ago the Hungarians “fought hard” for these values. “The real debate” is about family policy, migration policy and cultural issues.

This is not just “in our imagination,” he said in response to the suggestion that the issues he mentioned do not form part of the agreement on the mechanism. He pointed out that according the first version of the EP’s supplement, the mechanism could be extended to any topic, and a great many documents came from Brussels which lay down that the taking in of migrants also forms part of the issues covered by the rule of law mechanism, “but we don’t want migration”.

The definition of the rule of law by the European Parliament is “arbitrary” and could result in the extension of the effect of the mechanism to family policy, for instance, at any time, Mr Orbán argued.

Regarding Manfred Weber, leader of the European People’s Party group in the EP, he said two years ago at a meeting held in Budapest, he agreed with the German politician that he would support his election as President of the European Commission. However, two days later, Mr Weber publicly stated that he did not want to obtain this office with the votes of the Hungarians.

“Over here everyone asked: What kind of a man is that? He regards us as inferior Europeans? This was not about me, but about insulting the Hungarian people. We lost trust in him,” Mr Orbán said.

He added that he regarded the accusations levelled by EPP MEPs against Hungary in connection with the situation of the media as ridiculous. He pointed out that “objective surveys prove that the market share of media outlets critical of the government is above 50 per cent”.

He said the problem is more with the EPP as Manfred Weber wants to create a coalition in Brussels as they have in Berlin where the Christian democrats govern together with the social democrats. This has the consequence that “soon there won’t be any difference between the conservatives and the socialists”.

“We are not leaving the EPP, they’re leaving us,” Mr Orbán said, highlighting that the party family must preserve its “Christian-conservative nature”.

Regarding Brexit, he said with Britain’s departure, the EU has lost balance, and has become “more and more ideology-based,” representing a line of higher taxes, more state intervention, and lower competitiveness. Through the domination of Germany and France, the EU’s economic policy is becoming “ever more socialistic”; redistribution takes precedence over performance and modernisation.

Brussels’ response to the disadvantage sustained in global competition “is not the enhancement of performance and competitiveness, but increased protectionism”.

“We are protecting ourselves because we are becoming weaker. This is not a good direction,” the Prime Minister said.

In the context of the recovery fund financed from credit, he said Hungary had always been critical of this idea, but “as many Southern states would collapse without grants, we agreed to it out of solidarity”.

Regarding the fact that the country group called Frugal Four consisting of Austria, Denmark, the Netherlands and Sweden is also opposed to joint borrowing, but continue to criticise the state of corruption in Hungary, Mr Orbán highlighted that “just because we agree on certain points with some countries doesn’t mean that their company is attractive for us”. As for corruption, “the level of corruption here in Hungary is not any higher than in Austria, France or Germany”.

He added that in Hungary the warnings of the European Anti-Fraud Office (OLAF) are followed by prosecution in far more cases than in any other EU Member State, and in contrast to Germany, the prosecution comes not under the supervision of the government, but that of the legislature.

Regarding the two-thirds legislative majority, he said while due to the government’s wide support base “we are often criticised, I wish for Germany to have the same” as it is important for the majority of the population to agree on the most important issues.

In the context of the management of the coronavirus epidemic, he highlighted that in Hungary “the measures adopted meet with much less resistance than in Germany”.

This may also be due to the national consultation on the fight against the epidemic which guaranteed a “democratic support base” for the measures.

“Let’s not forget that according to the tenet of the Greeks, democracy is about two things: in addition to participation, democracy is also about good governance. This is what we’re doing in Hungary,” Mr Orbán said.

Interview by Viktor Orbán given to Welt am Sonntag