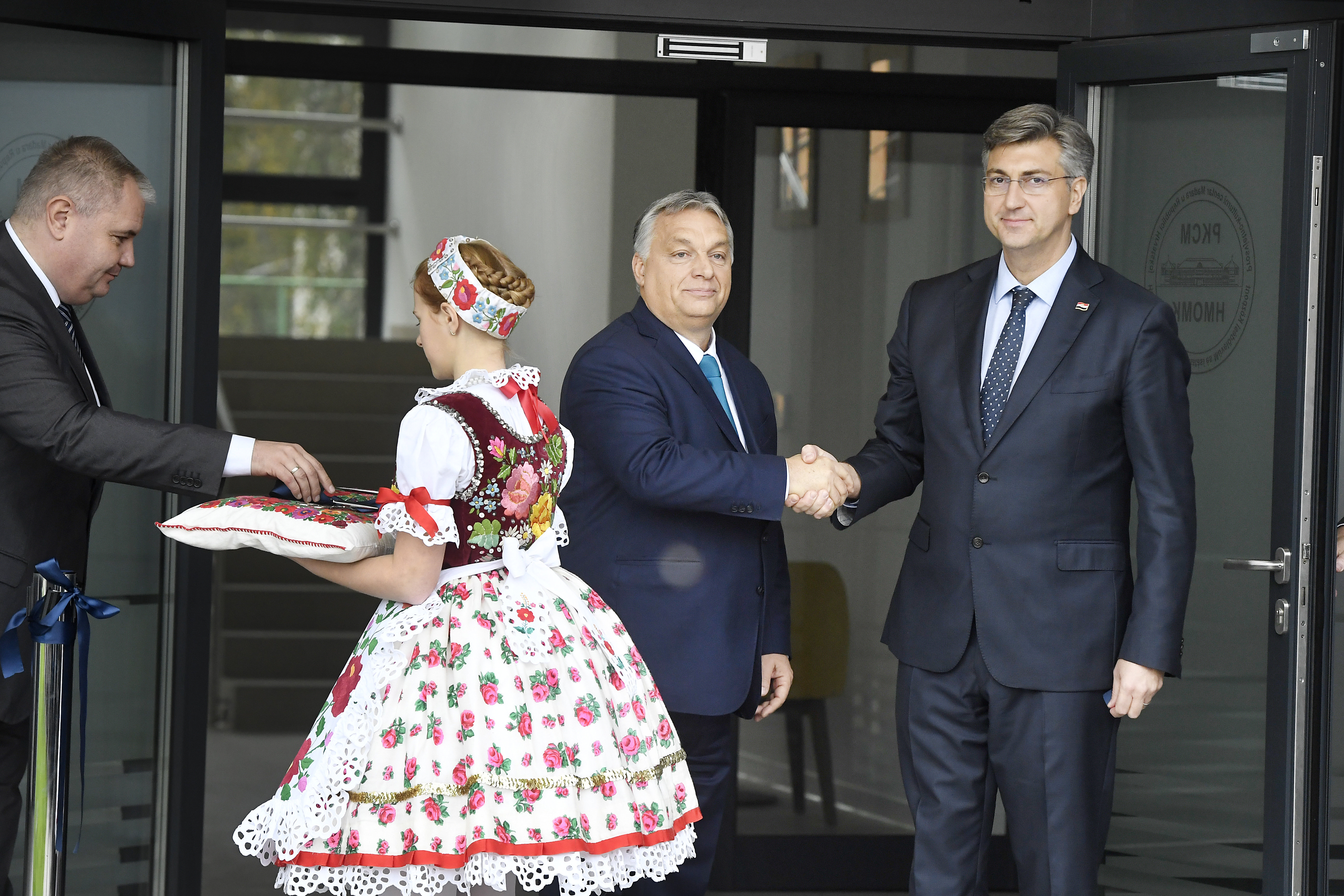 In the company of his Croatian counterpart Andrej Plenkovic, the Prime Minister inaugurated the student residence facility of the Hungarian Centre for Education and Culture in Croatia in Eszék.

At the opening he highlighted that 80 to 100 years ago Slavonia and Baranya County were among the two countries’ richest regions.

“We were envied,” not only on account of our culture, but due to our high living standards as well, he recalled.

He took the view that it is impossible that something that the two countries were once capable of during the course of history cannot be repeated.

In order for this region to be successful again we must connect our countries together because “if we remain isolated, we will fail,” he said.

Mr Orbán stressed that once Croatia is finally admitted to the Schengen Area – something which Hungary supports – even the last obstacle will have been removed. There will be free passage between Hungary and Croatia equally in the fields of culture, sports, business and political relations.

The Prime Minister told the attending young people that “today it is trendy to leave your country”; this is a problem not only for Croatia, but also for Hungary.

When you are young you feel you own the whole world, and there is nothing wrong with young people going away to study and to gather experience, but they will realise that the most important thing in life is that they have a country, a home of their own, where people look forward to their return and where they are not strangers, he said.

He highlighted that the Hungarian and Croatian governments are making every effort to turn the two countries into places which are worth coming back to. “In Hungary this process has already started,” and this will also happen in Croatia, the Prime Minister added.

He further thanked his Croatian counterpart for creating the building now inaugurated.

“Hungarians are very grateful for this,” he added.