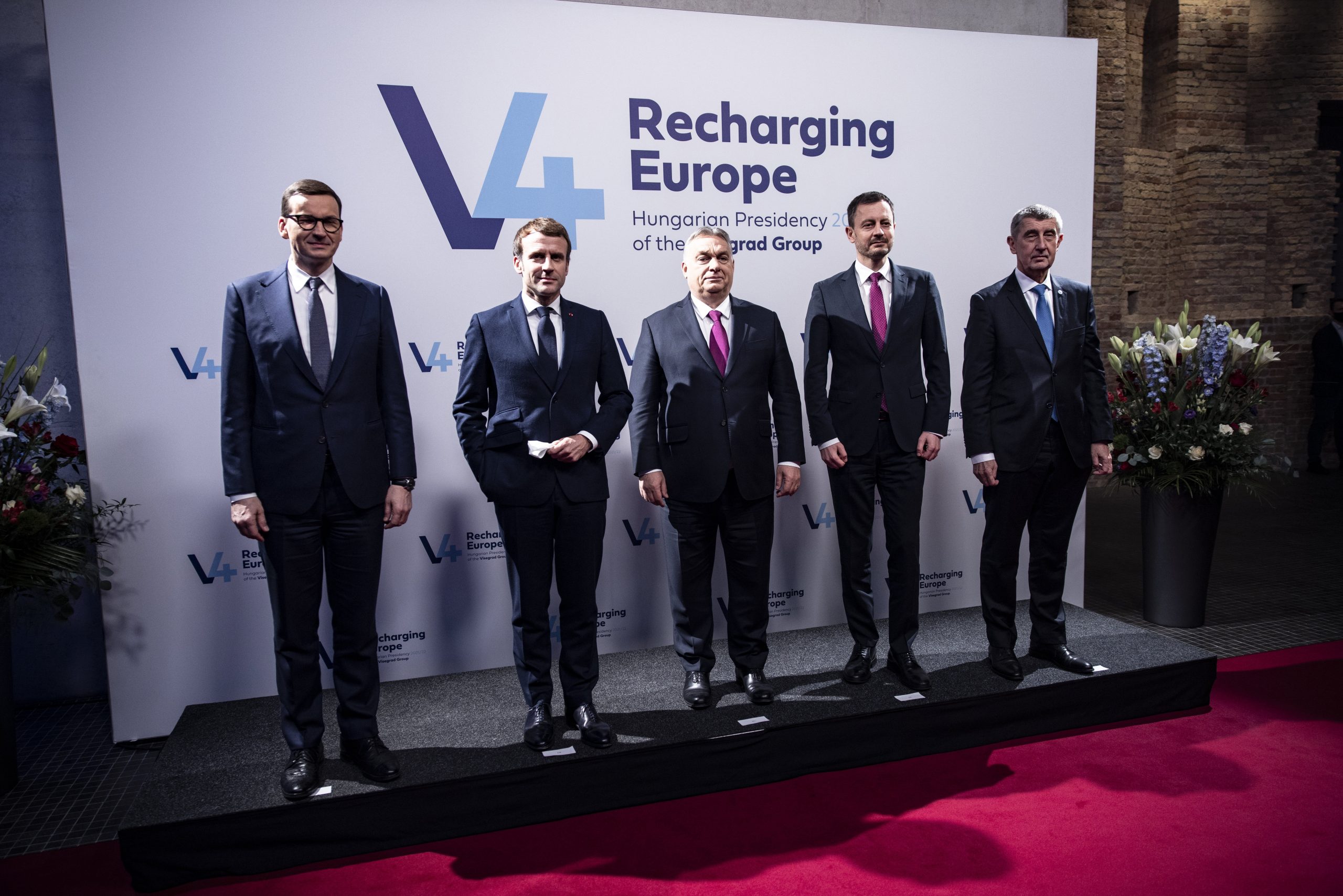 At a press conference held after the meeting of the leaders of the Visegrád countries (V4: Czech Republic, Poland, Hungary and Slovakia) and France, the Prime Minister highlighted that before the start of the French EU presidency, French President Emmanuel Macron provided an overview of their plans and goals.

He said discussing such important questions so candidly is a very rare opportunity. On behalf of the V4 countries, he thanked the French President for his openness and foresight, and for having offered them an opportunity to think ahead about the most important goals of the French presidency.

In answer to a question, Mr Orbán said there are sometimes serious differences between the French President and himself, “at times, these are fierce differences, but I like them”. A disagreement is only unpleasant “if it lacks quality,” if a debate has quality, it is a good thing, and he endeavours to always engage in quality debates with the President of France, he pointed out.

He said this also means that Hungary always gives the President of France the respect that he deserves, partly due to his person, and partly due to the fact that in Hungary the French president “is extremely well-respected”. In Hungary, De Gaulle is “a model,” a master who created a school of his own; in 1998 when they first won an election, Giscard d’Estaing was here to campaign for them; he worked together with Jacques Chirac, and Nicolas Sarkozy’s bond to Hungary is well-documented, he listed.

He highlighted that he therefore shows respect to Mr Macron and France by not making any observations about French internal politics.

He said Hungary is a country of the rule of law, and the functioning of the secret services, too, is regulated by stringent rules which are always observed. “When we started engaging in politics, this was not the case yet as we come from the resistance against the communist regime,” “we entered the realm of politics from the world of freedom fighters and street warrirors,” he said.

In answer to another question, the Prime Minister said Hungary’s economic performance and financial situation are measured by the markets. The Eurozone “is a rather lukewarm, pleasant” place where the course of action is dictated by the Stability and Growth Pact; “the markets are, however, a cold and cruel place,” he explained, adding that “this is where we must stand our ground,” and the value and strength of the Hungarian economy are measured on the financial markets of the day.

Mr Orbán stated: “for the time being, we’re doing well,” but we must pay attention to the deficit of the budget.

Regarding the repurchase of the Ferihegy airport, he took the view that, given the high rate of inflation and the uncertainty of the international financial situation, it would not be wise to conclude this deal before the elections. “We will wait until the elections, and decide afterwards,” he said.

Mr Orbán further pointed out that Hungary was the only country which said the borders must be protected, if necessary, even with physical force, and by doing so, we are protecting not only Hungary, but the whole of Europe.

He said “nobody had a good word to say about us, in actual fact, we were compelled to endure the harshest attacks”. In the meantime, we protected Europe’s borders, “they regularly shot us in the back from Brussels and from a few European capitals,” he said.

He highlighted that Hungary, however, never complained, never shed tears, never took offence; instead, it did what it had to do, knowing that it protects not only itself, but also Europe.

He took the view that now that the situation has changed it is time to settle the bills. It is not a tenable situation that in the future a number of countries will be required to allocate significant funds in order to protect themselves, the Schengen borders and Europe. It is time for the European Union to show some solidarity, he stated.

He said “so far only we have shown solidarity with the rest of the Member States of the European Union and Brussels, they haven’t yet shown any with us”. It would be time to settle the bills, to render a fair settlement of the part of the costs of European defence that falls on one country or another, and for Hungary to receive at least half the costs that the defence of Europe has cost Hungarian citizens so far, Mr Orbán said. 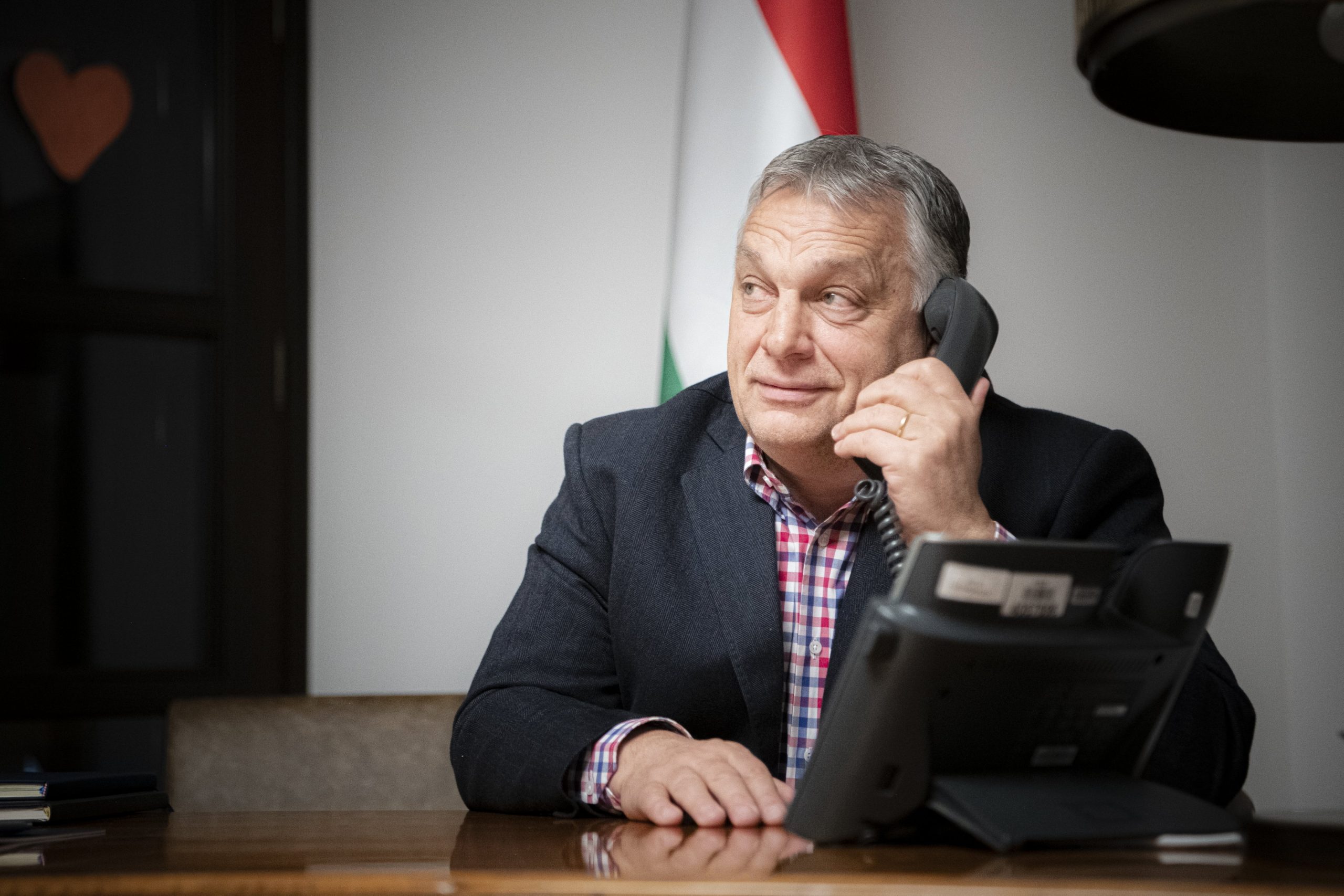