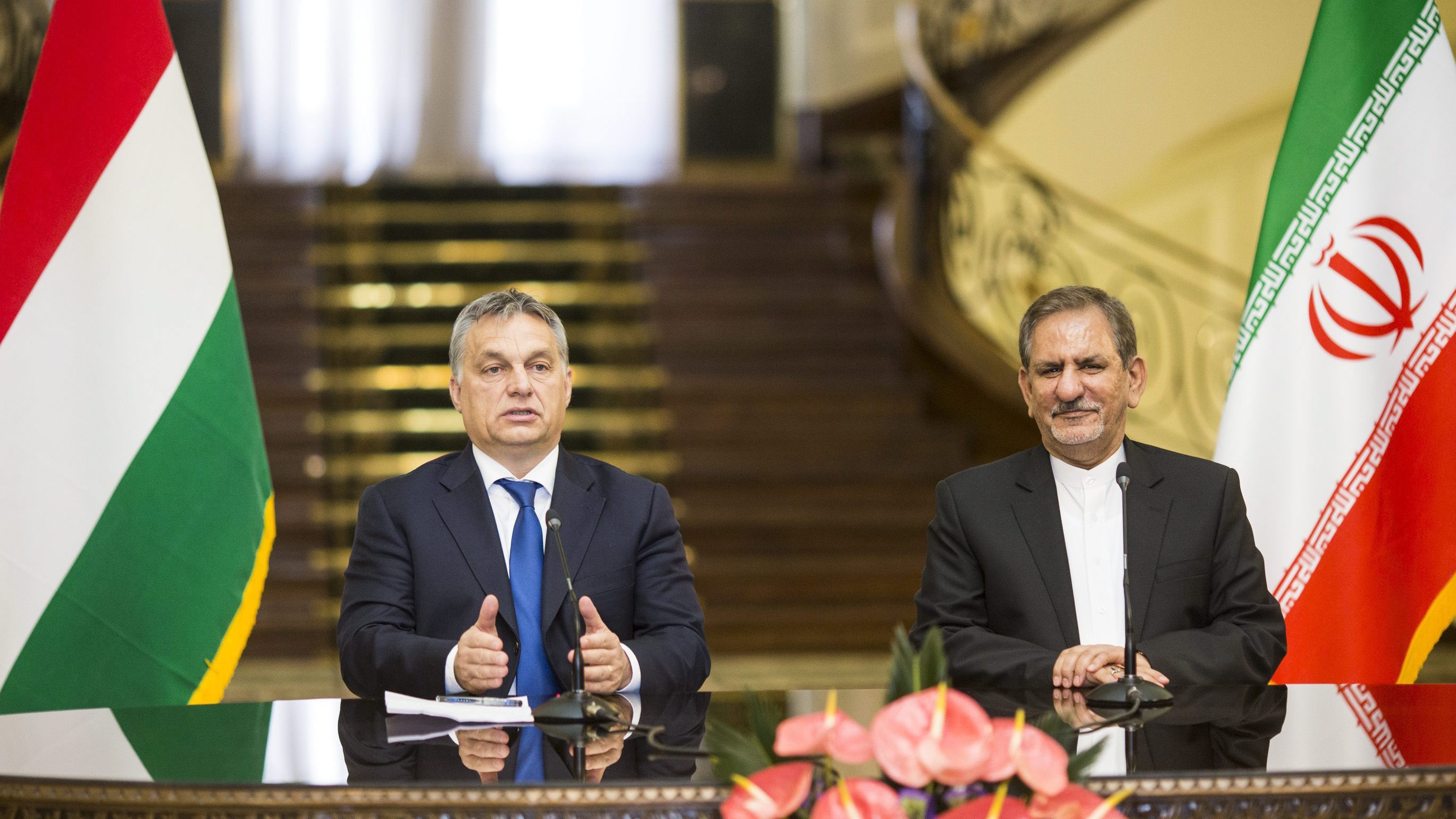 New era about to begin in Hungarian-Iranian relations
30. 11. 2015.
A new era is about to begin in relations between Hungary and Iran, Prime Minister Viktor Orbán said in Tehran after he had talks with Eshaq Jahangiri, First Vice President of Iran, and ministers from the two countries signed several bilateral agreements – including an agreement on the avoidance of double taxation and the promotion of investment.

The Prime Minister was received with military honours in the Iranian capital, where he arrived on an official visit lasting until Tuesday. The Hungarian delegation includes members of the Government and, in parallel with the political meetings, members of the Hungarian business community are also engaged in talks in Tehran.

In a press statement released after his morning meeting with the Iranian First Vice President, Mr. Orbán acknowledged with pleasure that Iran has “survived” the period of sanctions, and is finally returning to the mainstream of the world economy and world politics.

“For us Hungarians it is a special experience to be here in Tehran. We are at the centre of a great civilisation”, said the Prime Minister, who remarked that the first written records of the history of the Hungarian people are from Persian and Arabic sources.

“We came here in the name of the culture of respect. Hungary stands on the ground of the politics of national sovereignty. We are certain that this region’s highly complex affairs cannot be resolved, and the region cannot be stabilised, without Iran”, the Prime Minister pointed out.

Mr. Orbán said that at present 1,116 Iranian students are studying in Hungary; in his words, they will be key players in future relations between Iran and Hungary. He recommended to his Iranian partner that they enhance and extend this cooperation.

First Vice President Jahangiri drew attention to the fact that economic relations between the two countries have declined significantly in recent years, but he is certain that the Prime Minister’s current visit to Iran will reinforce economic cooperation, which is abundant in opportunities. As examples he mentioned the areas of energy and agriculture, and cultural and scientific cooperation. He stressed that Iran welcomes Hungarian companies which come to the country with the intention of investing.

As part of his visit, Mr. Orbán will deliver a lecture at the Iranian-Hungarian business forum in the afternoon.

Iran can anticipate a great era of economic success

Statues of Semmelweis and Avicenna are symbols of friendly cooperation between Hungary and Iran
related posts
Prime Minister Viktor Orbán’s press statement at his meeting with Eshaq Jahangiri, First Vice President of the Islamic Republic of Iran
tags
Tehran