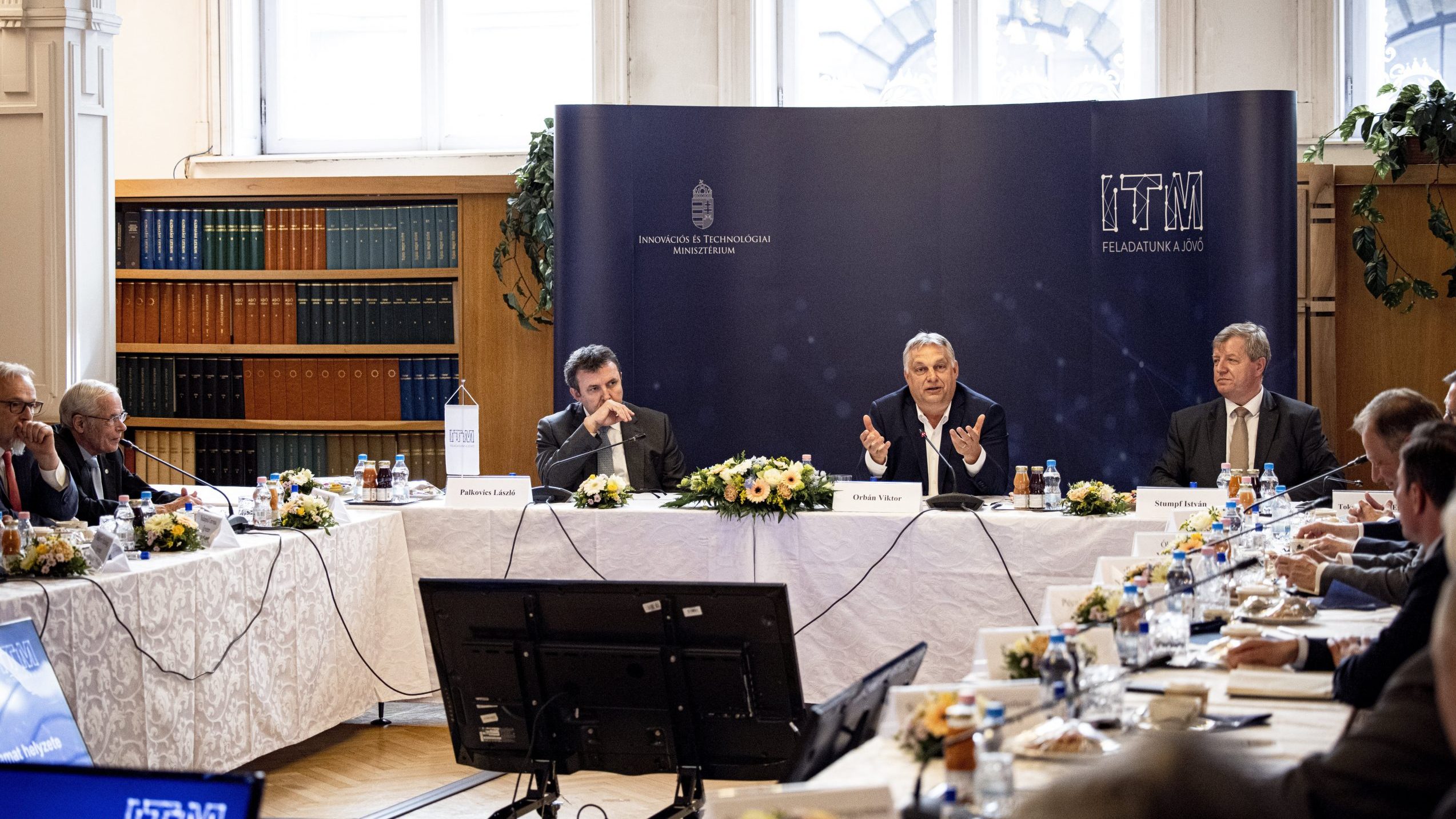 New Hungarian university system to pull the whole country forward
05. 05. 2021.
| source: Cabinet Office Of The Prime Minister/MTI
On Tuesday in the building of the Ministry for Innovation and Technology, Prime Minister Viktor Orbán and Minister for Innovation and Technology László Palkovics had talks with the chairs of the boards of trustees of the 21 foundations that operate the universities that underwent a change of models, Bertalan Havasi, the Prime Minister’s press chief informed the Hungarian news agency MTI.

The mission of the universities that underwent the change of models is to pull our country’s economy forward and to strengthen its competitiveness as Hungary’s engines, the Prime Minister stressed.

Mr Orbán said not only a new system of management, but an entirely new Hungarian system of higher education had come into being. The boards of trustees are true governors of the universities that have been detached from the state. Instead of a single minister or secretary of state, at the institutions that have undergone the model change, twenty-one board chairs and more than a hundred board members are responsible for improving the performance of education and research, and for raising the standard of training programmes.

We expect universities to be not just mediocre, but to train excellent experts of the highest quality. The state is prepared to provide funding for this on the basis of the institutions’ own development plans, Mr Orbán stated.