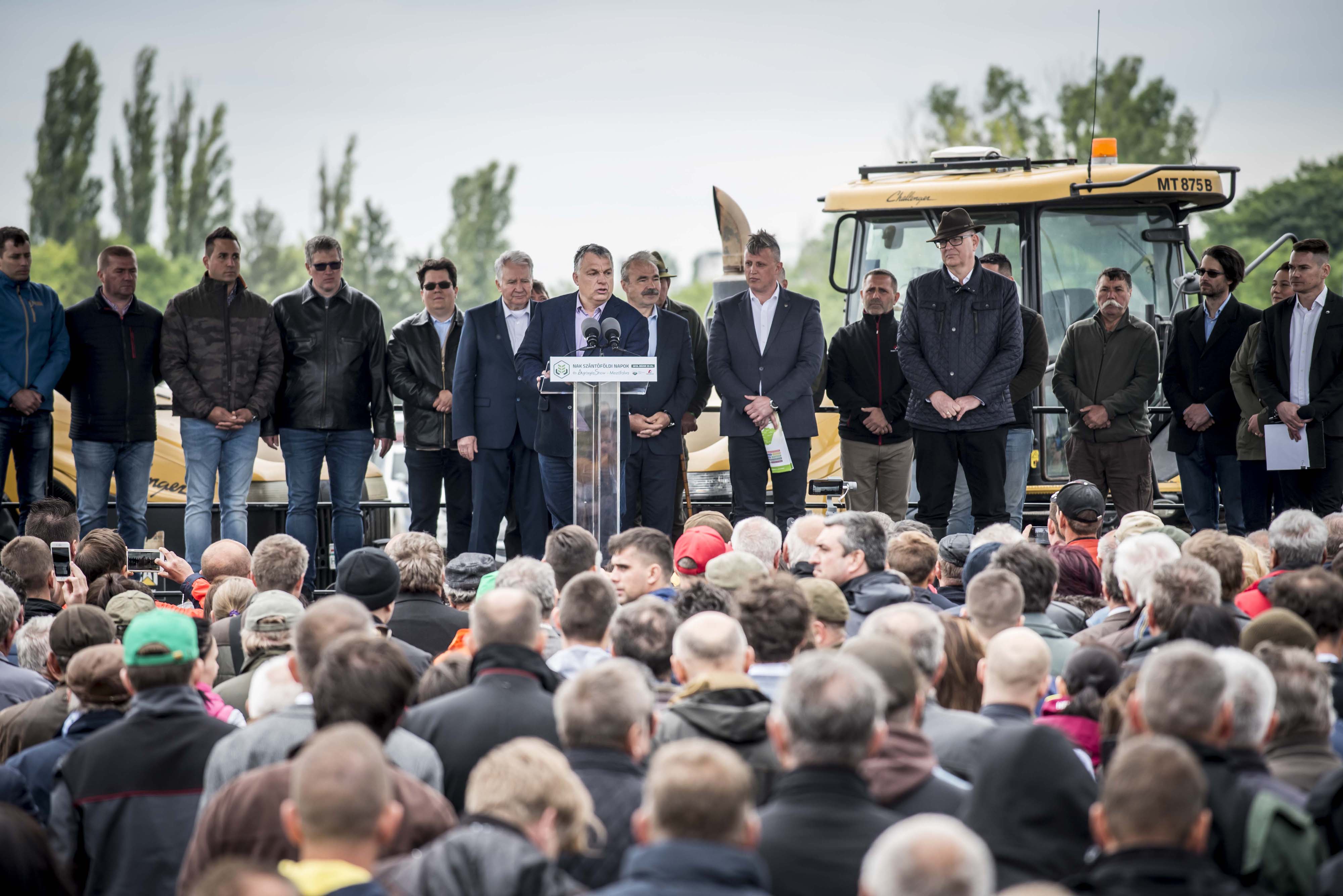 On Sunday Hungarian farmers will have to say no to immigration
24. 05. 2019.
| source: MTI
Brussels wants to take some of the farmers’ money away and use it for supporting migrants; this must be prevented, Prime Minister Viktor Orbán said in Mezőfalva, in Fejér County, at the 3rd Farmland Days and Agricultural Machinery Show event of the Hungarian Chamber of Agriculture.

Therefore, on Sunday Hungarian farmers will have to say no to immigration, the Prime Minister stated at the opening of the two-day event of the Hungarian Chamber of Agriculture and the National Association of Agricultural Equipment and Machinery Distributors.

He said what is at stake in the EP elections is whether we will succeed in electing anti-immigration leaders instead of today’s European leaders who support immigration. If we fail to achieve this, migration will be organised from Brussels on the basis of central commands, he said, adding that plans are being made in Brussels over and over again to turn Europe into a continent with a mixed population.

The Prime Minister also asked farmers to continuously monitor the Chamber’s reports regarding attempts which seek to enable foreigners to gain access to Hungarian arable land. In this context, he promised that the government would only support regulations which do not allow any change in the legal status of Hungarian arable land.

The Prime Minister further mentioned that he expects tough negotiations both in Brussels and in Hungary regarding the distribution of agricultural resources among small, medium-sized and large businesses. In his view, it would be wrong to distribute funds in such a way that small and medium-sized agricultural players are given less of an opportunity than they deserve. Grants should primarily focus on them.

In his speech, Mr Orbán thanked farmers for having supported the civic government in recent years continuously, predictably and with great strength, and for having stood by it even in difficult moments.

In his words, today the country has a government which farmers may fully embrace as their own. This was not always the case as there were times when farmers had to fight for their survival; they had to fight for not having their land taken away from them.

He also spoke about the government’s village development programme which is, in his view, an indication that Hungarian agriculture and its natural environment have a future.

Assessing the situation of the Hungarian and European economies, he said he believes the Hungarian economy is strong enough to protect further potential for growth despite the storm clouds emerging on the European horizon.

István Jakab, Deputy Speaker of the House and President of Magosz (National Association of Hungarian Farmers) highlighted that at the Mezőfalva farmland days, the world’s most modern technologies are on display for Hungary’s ambitious community of farmers. The event also relays the message that we must give genuine answers to the challenges of climate change, for instance through sophisticated water management, he added. He, too, pointed out that everyone must take part in the Sunday elections “because our future depends on this”.

Zsolt Harsányi, President of the National Association of Agricultural Equipment and Machinery Distributors drew attention to the fact that young agricultural engineers, highly qualified young people who are able to appropriately maintain agricultural machinery are essential for long-term success.

Balázs Győrffy, President of the Hungarian Chamber of Agriculture said farmers do not have time for festivals, but they do need to have up-to-date information on the latest technologies. This is why they decided to organise the farmland days – which is a unique event even in Central Europe –, meaning that “it was conceived on the basis of the needs of farmers”. “It is our national interest that agriculture occupy the place it deserves,” he stressed, adding that Hungarian agriculture is one of the most dynamically developing agricultural sectors in the EU; however, this can only be sustained if the plans relating to the withdrawal of EU agricultural grants – against which the Hungarian Chamber of Agriculture and the National Association of Hungarian Farmers launched a petition – are not realised.

The joint event of the Hungarian Chamber of Agriculture and the National Association of Agricultural Equipment and Machinery Distributors is the country’s largest farmland event where machinery displays and shows, a forestry conference, cultivation technology demonstrations and farmer roundtable discussions await visitors interested in agriculture over two days. 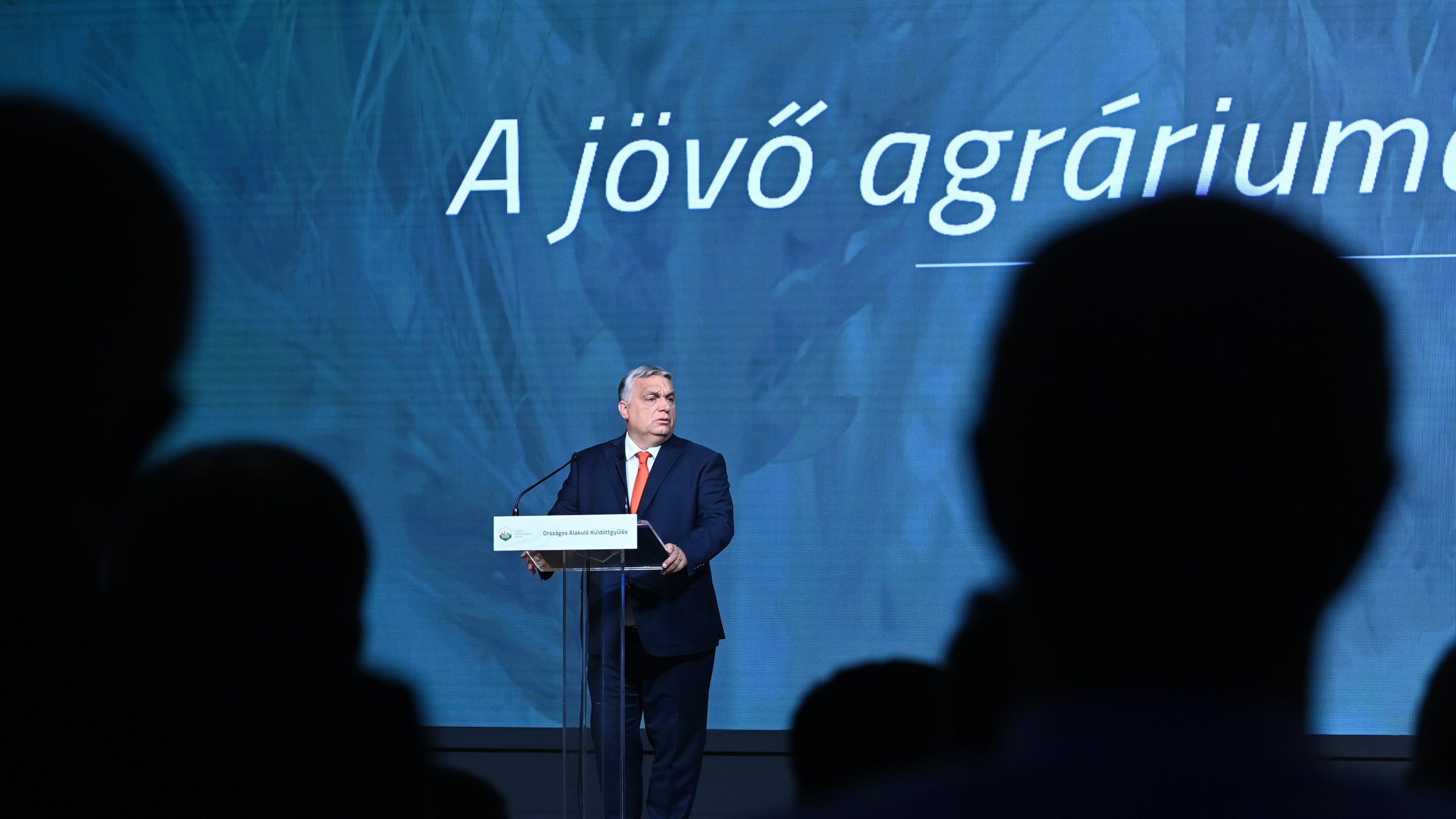