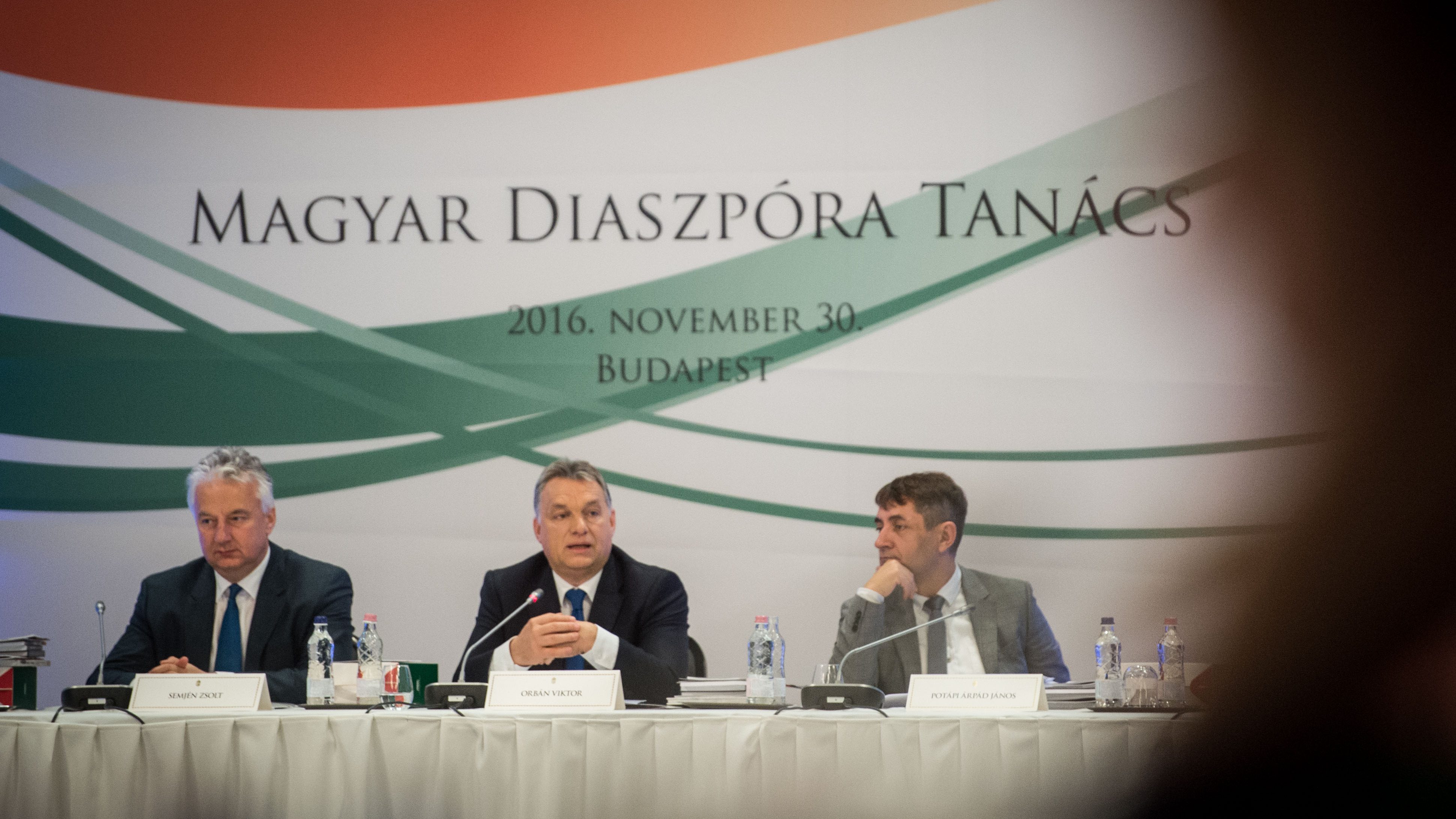 Speaking to members of the Council, which is an umbrella body for the organisations of Hungarian communities dispersed around the world, the Prime Minister pointed out that a weak mother country is unable to pursue a good diaspora policy. This can only be pursued by a mother country which continuously gains in strength and earns growing prestige. The strengthening of the mother country forms the foundation for excellent diaspora policy, Mr. Orbán said.

In this context, he cited the latest unemployment figures, which, he said, show that Hungary is close to the goal of full employment. Speaking of Hungary’s economic and social achievements in recent years, the Prime Minister said that “we were the black sheep, and this is why our story is now one of success”.

Mr. Orbán said that global political processes over the past year have included Brexit and the US presidential election result – which could mark the start of a new era. These confirm Hungary’s interpretation of the world at present, according to which “our lives are not merely a succession of days; we are living in an era which is gradually moving away from the world we once knew”. In this context, he also called attention to analyses which claim that, in the century ahead, four of the world’s five most important economies will be in the Pacific region – in contrast to the former “Atlantic period”.

Regarding Brexit, he said that it is a response to “a question of democracy”: whether the decisions of the political elite can finally overlap with the will of the people. In addition to Brexit, the upcoming referendum in Italy, the presidential election in Austria, the parliamentary elections in the Netherlands and the presidential election in France could also bring about similar political changes, he said.

The Prime Minister repeated his previous criticisms of political correctness, which meant that “we were restricted”. This is because, he said, “if we dared to speak about nation, we were branded as nationalist”, while if speaking about creation, “we were dismissed as clericalist, feudal and medieval”. Similarly, talk of the family and the marriage of a man and a woman, was branded as “sexist or homophobic”. He therefore asserted that political correctness as a mode of speech was one of the most prominent tools of intellectual oppression.

He added that he hopes “we have managed to knock away the American leg” of this phenomenon, “but we still have problems in Europe”. Nevertheless, he continued, “here, too, changes are imminent”, and “we can finally return to democracy, instead of liberal non-democracy”.

The American presidential election has also made it clear that the era of a foreign policy based on “the simplistic idea” of exporting democracy could be coming to an end, he said. Concerning immigration, the Prime Minister repeated his position that “we are not talking about a simple migrant onslaught […], but we are facing a global phenomenon”, which will be present for many years.

Mr. Orbán also pointed out that, taking account of Hungarian and European history, “our first thought is always what kind of threat we are facing”. He indicated, however, that the threat level has decreased significantly over the last two decades, as Hungary has become a member of several important communities.

For Hungary, he said, one such membership is that of NATO. This guarantees the highest level of military security attainable today, but this does not mean that Hungary does not need an army, he said. The military development programmes “conducted in our neighbourhood” also indicate that one of the important tasks over the next few years is to ensure that Hungary does not fall below the strength of the region’s other armies. There should also be security developments in Hungary which make the Hungarian Defence Forces a potent army capable of actually demonstrating its strength, he said.

Mr. Orbán said that the EU accession of Serbia, Montenegro and Macedonia is in the interest of both Hungary and Europe as a whole. He stressed that Europe needs ever newer resources, and without further enlargement the EU cannot renew itself.

He said that at present, however, “the chances of this happening are not very good”. In the EU this condition is known as “enlargement fatigue”, in which the continuous shaping of the EU and enlargement of the community is subordinated to the instinct of first preserving that which already exists. This appears to be a more rational approach, the Prime Minister said, but in this instance it is not valid in politics.

With the V4, a community has emerged in which there is trust, dynamism and strength, and which in the period to come will account for the bulk of Europe’s economic growth, Mr. Orbán pointed out, adding that, as a result, the external environment for Hungary’s economic achievements is now in place.

He also said that now, with the Visegrád countries jointly representing their strategic interests in the EU, Central Europe has more control over European affairs than it has had since the kings of the Árpád Dynasty – or at least since King Matthias.

The Prime Minister also mentioned Ukrainian-Hungarian relations, saying that they can now take “an upward path”. With regard to Serbian-Hungarian affairs, he said that it has been a long time since relations between the two countries were as balanced as they are now – if indeed they have ever been as balanced as now.

At the end of his approximately forty-minute presentation, he asked the members of the Diaspora Council to support and protect the mother country and not to hesitate to make plans, as the Government will be able to provide the necessary financial resources year after year. He also urged the Diaspora Council to set an overall goal every year, and to strengthen relations between scattered communities and other Hungarian communities in the Carpathian Basin outside the mother country. 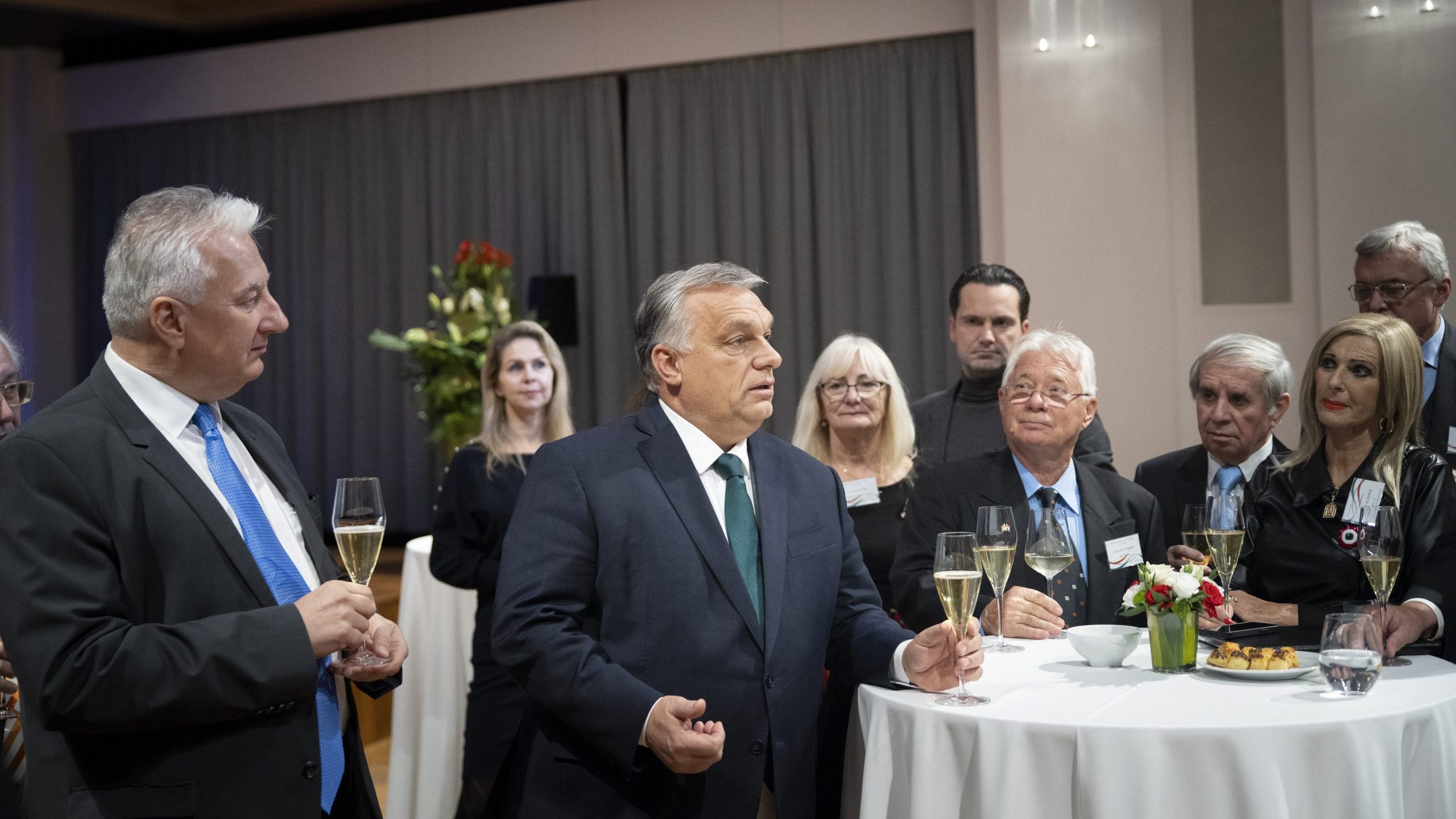