After the meeting, in a press statement in Mr. Orbán’s presence, Mr. Áder reiterated that the Fidesz-KDNP party alliance had won the parliamentary election on 8 April, and that from the day following the vote the identity of the person who would have sufficient support to form a new government was clear and unambiguous to all. Therefore, while simultaneously requesting Parliament to convene its opening session, he requested that Mr. Orbán start negotiations on the formation of a new government.

The President said that the final, non-appealable result of the election is the same as that which was declared on 8 April, and therefore, in accordance with the relevant provisions of the Constitution, he had asked Mr. Orbán to form a new government. The Prime Minister accepted this request. At the opening of Parliament on Tuesday the President will formally convey his request for the formation of a new government, and will recommend that the House re-elect Viktor Orbán as prime minister.

The Prime Minister and President of Fidesz, who was also asked to form governments on three previous occasions, said that he had promised the President that he will serve Hungary with dedication and loyalty.

Mr. Orbán described the new government’s most important task as the preservation of Hungary’s security and its Christian culture, and promised to use every means possible to meet the wishes expressed by Hungarians on 8 April.

He also informed the President about the country’s economic, security and foreign policy situation, and also about the situation related to the formation of his new government. He said that the two men would continue discussion of the latter following the press conference.

Mr. Orbán said that he is preparing to form a government with fourteen members, seven of them coming from the sphere of politics, and seven from outside that sphere.

In closing, the Prime Minister said, “I shall use the two-thirds parliamentary majority to ensure that we – and I – serve three-thirds of the population: all Hungary’s citizens.”

Prime Minister Viktor Orbán at meeting of parliamentary group alliance: an era of threats, uncertainty and wars is to come 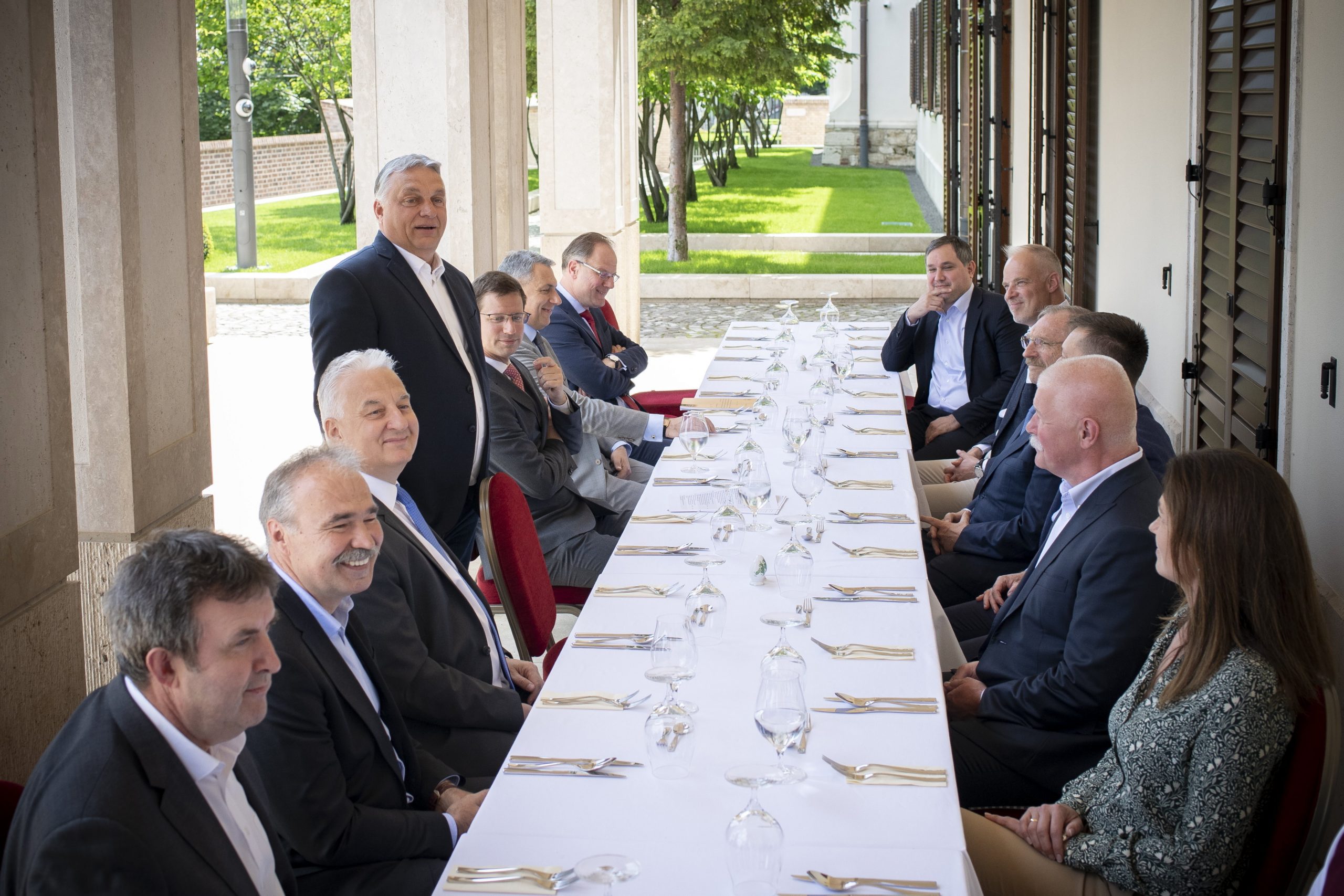