I join Prime Minister Morawiecki in congratulating Andrej Babiš on his presidency. He has led us very well, in difficult times. For me personally it was a fantastic experience to work under his leadership. It is rare for highly experienced finance ministers to be able to lead the V4, but this has been the case over the past year, and will continue to be the case. So we also have high hopes for the Polish presidency. The Hungarian position can be summed up by saying that the V4 countries have had a good year. If we look at it in a Europe-wide context, we’ve all handled the pandemic excellently, and – as the figures clearly show – in all four countries we’ve won the first battle against the pandemic.

Now we’re facing the second battle: the one to safeguard jobs and to launch economic growth. All four countries are maintaining checks on their state debt, and the European Union’s emergency financial plan is not needed because of us. So I’d like to emphasise that a new, additional European financial plan isn’t needed because of us. This plan is needed because there are countries in the EU that are unable to keep their state debt under control, and are mired in debt. The question is whether we can help those countries. And although Hungary is instinctively opposed to collective borrowing, we see that there are countries that need help now, and so we accept the EU’s approach on joint borrowing. At the same time I would like to say that while of course we will gladly help indebted countries, the fact is that we are far from an agreement. Now we need an intelligent financial alliance between the nation states, between the Member States of the EU. The proposal on the table, however, is still far from that. Poland will have a key role to play in the upcoming negotiations, as it will be leading the V4.Due to its importance, Poland is the leading member of the V4, and now it holds the presidency – and indeed its prime minister was also a finance minister. Of course I don’t want to shift responsibility for Hungarian successes onto the Polish prime minister, but the weight on his shoulders now is much greater than it would be if he were only negotiating on behalf of Poland. But we are confident in the success of our negotiations. In general we’re confident that all over the world the leaders assuming pivotal positions we’ll be the ones whose thinking is economically oriented, and who are able to put their own economies in order after the pandemic. This is also why I personally support President Trump in America; because he is the only one I see as being able to put the American economy on track after the pandemic. So these are just the sort of leaders we need right now, and this is what we’ve got here in V4 now. This morning the Hungarian budget for 2021 was adopted by our parliament, so Hungary has created its budget for 2021 without extra EU money.

With regard to the negotiations, I advised Prime Minister Morawiecki that content and its quality are more important than time, and that we can’t agree on anything until we’ve agreed on everything. This is the principle we’ve followed so far, and it’s the one we should continue with. I have asked the President -the President of the V4 – to ensure that in the upcoming period all the V4countries focus on migration. We live down there in the South, on the border for migration; and we see what’s happening, and we see migration pressure intensifying day by day. We need to catch an increasing number of illegal people smugglers at our border fences. The number of illegal entry attempts is growing day by day, and the incidence of epidemic disease on the migration route is also continuously increasing. So I see that in the year ahead our task will now be to overcome the pandemic, then relaunch the economy, and then deal with increased migration pressure. The new President of the V4, Prime Minister Morawiecki, can count on Hungary’s full support. I wish him every success. 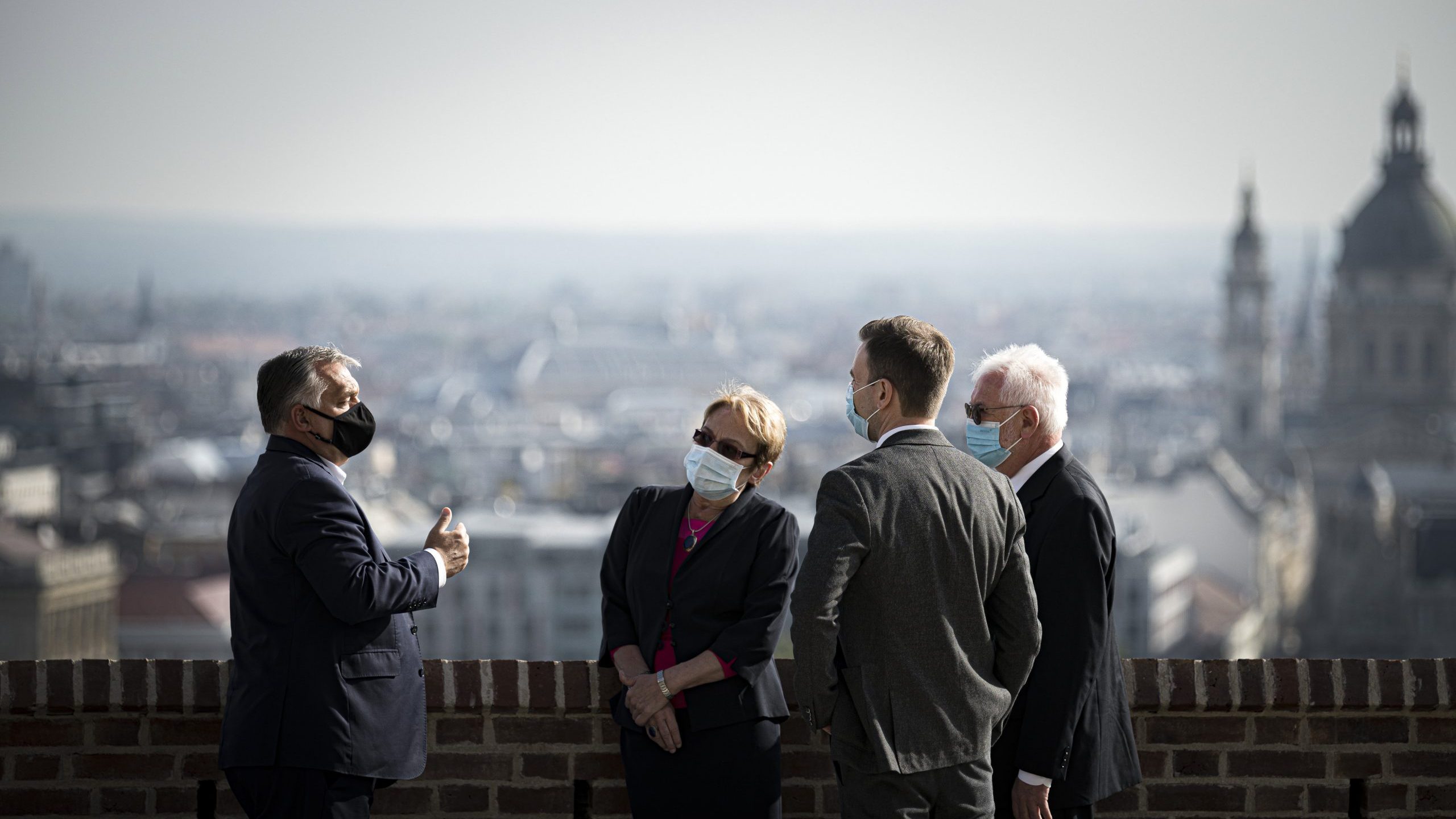 Government accepted chamber of doctors proposal representing a breakthrough pay rise for physicians; we will phase gratuities out of Hungarian health care system

Lecture of Viktor Orbán
tags
by four minister of prime