At a ceremony held in the Hungarian House in Rio to mark the foundation of the Hungarian state, the Prime Minister said that he felt a little strange, as he would never have thought that he would be standing on a little bit of Hungary in Rio de Janeiro celebrating St. Stephen’s Day. He said that it was particularly fitting that this national holiday fell within the period of the Olympics, as so often in the 20th century, during hard times, the quest for identity and for survival only found its expression through Olympic sport. People found their sole source of joy in Hungarian sporting achievements – Olympic sporting achievements – and this was the only way they could show their determination to see the nation’s flag flying high and proud above the field of play.

Mr. Orbán said that it is symbolic that they can celebrate in Rio, where the Olympic movement has also put down new roots, and the Hungarians – who were amongst those to initiate this new guideline – can now show their talent, courage, determination and the beauty of the nation to the whole world.

In his speech in English, the Prime Minister pointed out that Budapest is the right city, because the developments associated with hosting the Olympic Games in Hungary – such as construction of new roads, railway lines, green spaces, cultural and sports facilities – will mean that audiences would find truly 21st-century conditions. He said that there will be 27 venues in two zones, which will be located within six kilometres of the city centre. He stressed that all venues will be accessible to 90 per cent of the country’s population within 90 minutes. According to plans, the whole city would function as a huge Olympic Park, and as a result the entire Olympics would become a city-wide festival of sport.

Regarding the right concept, Mr. Orbán said that the organisation of the Budapest games would also help lay new foundations for the Olympic movement, as this could be the first truly Central European Olympics; if a medium-sized city were given the opportunity to host the games with a medium-sized budget, other medium-sized cities could also dream of hosting future Olympics.

The Prime Minister added that Budapest would also be given the opportunity at the right time, as it will be just over three decades after the country threw off the chains of despotism.

The event was attended by Thomas Bach, President of the International Olympic Committee (IOC), who said that while Hungary is small in terms of population, it is a giant in sports and sports management. The top executive of the IOC congratulated Dániel Gyurta, who has been elected to the IOC Athletes’ Commission. He stressed that it is a clear testament to Hungarian sport’s strength and popularity that almost ten times as many votes (1,469) were cast for the swimmer – who was the gold-medallist in the men’s 200-metre breaststroke in London – than the number of Hungarian athletes participating in the games this year (160).

At the ceremony, which was attended by several members of the IOC, Mr. Bach offered his congratulations upon presentation of the 2024 Hungarian bid, adding that the Hungarian people have understood the true meaning of the Agenda 2020 programme, which focuses on the economical and sustainable organisation of the Olympic Games.

At the end of his speech, Mr. Bach presented the official Rio Olympic torch to Mr. Orbán as a gift.

In addition to Budapest, Los Angeles, Paris and Rome have submitted bids to host the Olympic Games in 2024. The IOC will decide on the venue in September 2017. 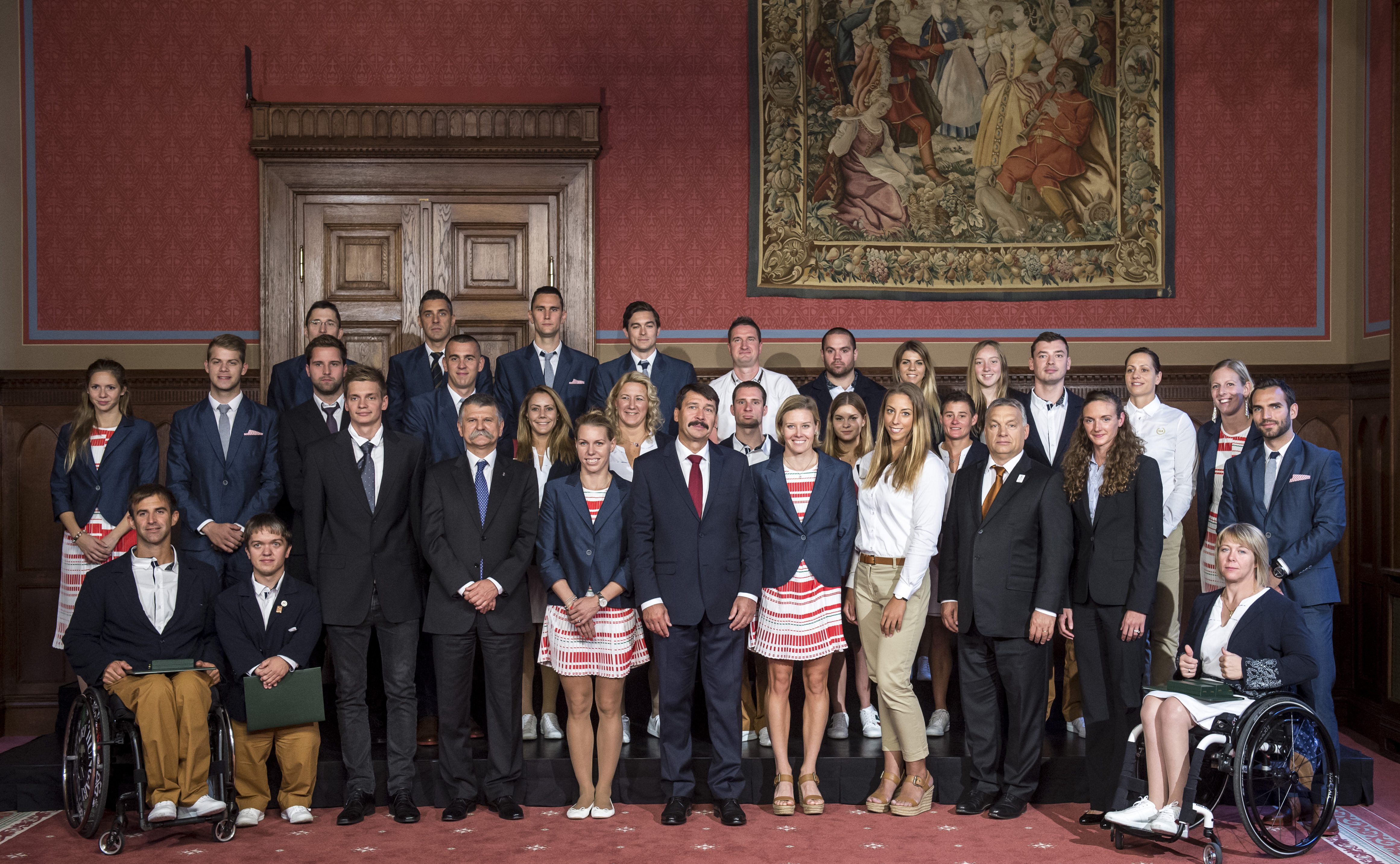