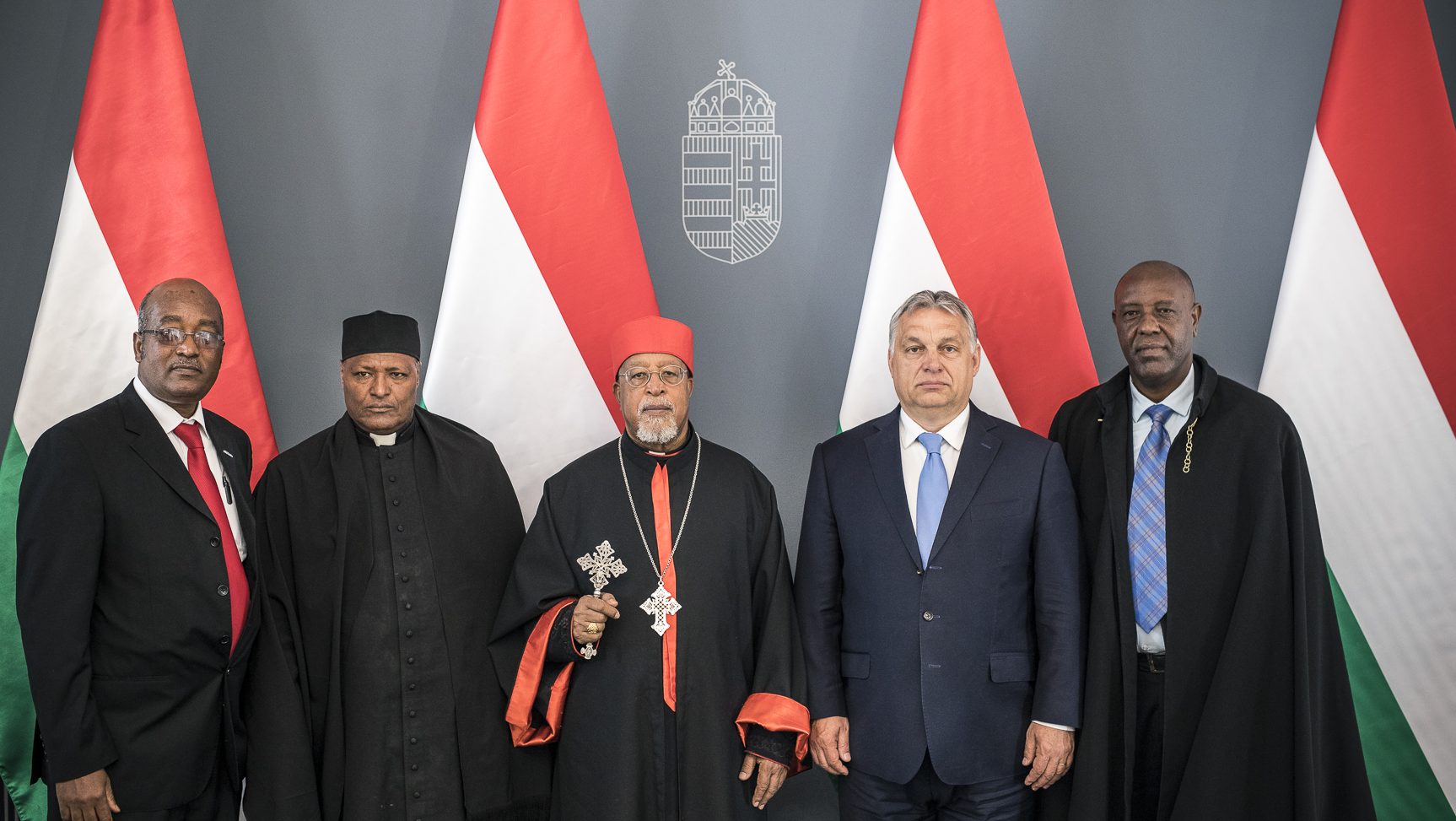 The meeting between Mr Orbán and Cardinal Berhaneyesus Demerew Souraphiel, head of the Ethiopian Catholic Church, Samson Bekele Demissie, Director General of the Child and Family Affairs Organization (CFAO) of the Ethiopian Orthodox Tewahedo Church and Girma Borishie Bati, Director of the Development and Social Services Commission (DASSC) of the Mekane Yesus Ethiopian Evangelical Church (EECMY) was originally scheduled for this spring; however, due to the Ethopian air disaster which occurred on 10 March and the national mourning ordered in Ethiopia on account of the accident the parties decided on the postponement of the visit.

At the Tuesday meeting, the Ethiopian Christian leaders told the Hungarian Prime Minister that their churches are opposed to emigration from African countries; they would like young people to find advancement in their own countries. They said those leaving their native land find themselves in an exposed situation, and become the “toys” of people smugglers. They spoke in words of appreciation about the fact that Hungary has provided scholarships for several Ethiopian young people who, upon the completion of their studies, returned home and now serve their country. The cardinal thanked both the Ethiopian and Hungarian governments for this opportunity, as well as for the fact that the Hungarian government financially supports the development of a refugee camp and a hospital for the poor in Ethiopia.

At the meeting, the parties agreed that Europe should seek to remain faithful to its Christian heritage. The West should not be ashamed of its Christian identity, whether in times of crises or in better times, they said.

Ethiopia has a population of almost 110 million; 60 per cent of them are Christian, and some 35 per cent are Muslims among whom radicalism is intensifying. According to the Christian human rights civil-society organisation Open Doors, Ethiopia is one of the 30 countries most at risk from the respect of persecution of Christians.