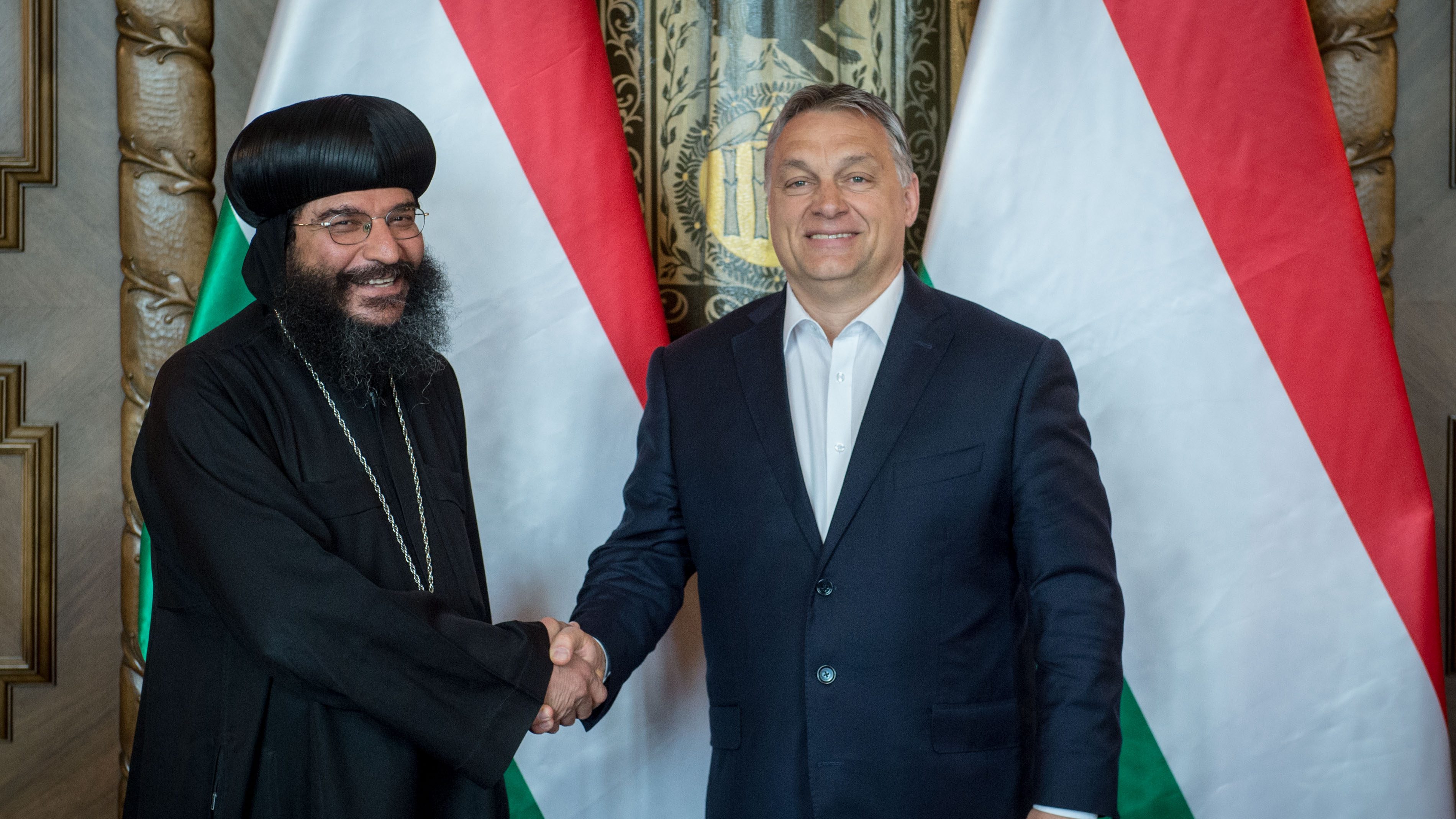 Prime Minister Viktor Orbán meets Coptic Bishop of Vienna
27. 04. 2017.
| source: Cabinet Office of the Prime Minister
At a meeting in the Parliament Building in Budapest between Prime Minister Viktor Orbán and H.G. Gabriel, the Coptic Orthodox Bishop of Vienna, the parties concluded that true help for Christians in the Middle East will come in the form of support for the restoration of liveable conditions in their native lands, rather than their migration to Europe.

Bertalan Havasi, head of the Press Office of the Prime Minister, told miniszterelnok.hu that at the meeting on Thursday afternoon – which was also attended by Minister of Human Capacities Zoltán Balog – the parties reviewed the threats which migration poses to Hungary and Europe.

He added that on Thursday morning Zoltán Balog and Bishop Gabriel visited a Budapest hospital to meet two Coptic Christians who were injured in a terrorist attack in the Middle East, and who chose to come to Hungary for treatment and recovery.