We have taken part in a meeting which may seem of minor importance, but nothing could be further from the truth. I would like to thank the Seniors Council for giving me their time on a second occasion, in order to discuss the situation of pensioners and the measures which are expected to be implemented in the coming year. Here I’ll not talk about the past, because it is such a distant memory now that maybe no one can remember; but it is perhaps worth recalling that there was a time in Hungary when the topic for debate at the end of the year was not how to boost the pension increase compared with the earlier plan for of the year, but about withdrawal of the “13th month” pension bonus, the blocking of funds, and so on. The Hungarian economy and Hungary are now undergoing a period in which we are better able to apply the principle of fairness. And the truth is that the Hungarian economy has run well this year, and we can talk about how pensioners can receive a share of the fiscal surplus accumulated by the end of the year.

There was a long debate, a long discussion over whether pensioners should receive a share of the year’s budgetary surplus as a percentage, on the basis of how many children they have, or according to some other criteria. And finally we came to the conclusion that, for the first time in Hungary’s history, we shall make a gesture towards pensioners, we shall implement a measure as an expression of our respect and appreciation for senior citizens. This will be an unprecedented measure, in which every pensioner will receive Erzsébet Vouchers worth 10,000 forints at the end of this year – before Christmas, we hope, but between Christmas and New Year at the latest. They will all receive 10,000 forints’ worth of Erzsébet Vouchers.

I’m a country boy, and in the village in the old days there were calculations of final accounts. If at the end of the account-taking there was some money left over, it had to be distributed fairly. This year there have been pay rises, we have increased the number of children eligible for free meals, we have increased the number of children eligible for free school books, and we have begun the incremental increase in tax benefits available to families with two children. We feel that this year the younger, active generations have had their share of the economy’s expansion, and they have also received what could reasonably be made available and what was their due. As far as we can see at this point in time, however, there is some money left or some more funds will have accrued by the end of the year, and pensioners simply must have a share of these funds in order to ensure justice, balance and fairness. We don’t want to open up a debate on whether more should be given to those with lower pensions and less to those with higher pensions: when making a Christmas gesture, we don’t want to open up a debate about who will get less money and who will get more. Therefore I think that the suggestion from the Seniors Council is a fair one. According to this, every pensioner should receive 10,000 forints’ worth of Erzsébet vouchers at the end of the year, sent to them by the Government preferably before Christmas, but between Christmas and New Year at the latest.

I would like to remind everyone that this measure from the Government – which I shall propose at the Wednesday Cabinet meeting and which, I sincerely hope, the Finance Minister will approve – is not an isolated measure, because next year we shall reduce VAT on the most important foodstuffs, and this is crucial for pensioners. Secondly, we shall raise the rate of next year’s pension increase from 0.9 per cent to 1.6 per cent. I wish to remind everyone that, according to Hungarian law, towards the end of each year we adjust the pension increase in line with inflation. This is what we will do at the end of this year and at the end of next year, since if inflation is higher than predicted, pensioners are entitled to extra money. This will also be the policy in 2017. We are now raising pensions by 1.6 per cent, and in November 2017 we shall again consider whether pensions should be adjusted – and, if so, how much. At present, no one can predict this, but there is one thing that pensioners can be sure of: they will also enjoy fair and equitable treatment in the autumn of 2017.

So this is the good news for 2017: VAT on basic foodstuffs will be cut; we have succeeded in defending the reductions in household utility charges; there will be a one-off benefit of 10,000 forints to be paid to pensioners by Christmas; and next year there will be a 1.6 per cent pension increase, compared with the 0.9 per cent which was planned earlier. I wish to thank the members of the Seniors Council for their hard work. If all our social councils present such splendid proposals and decisions as part of their work, we shall have merrier Christmases in the years ahead than those we have had in past years. 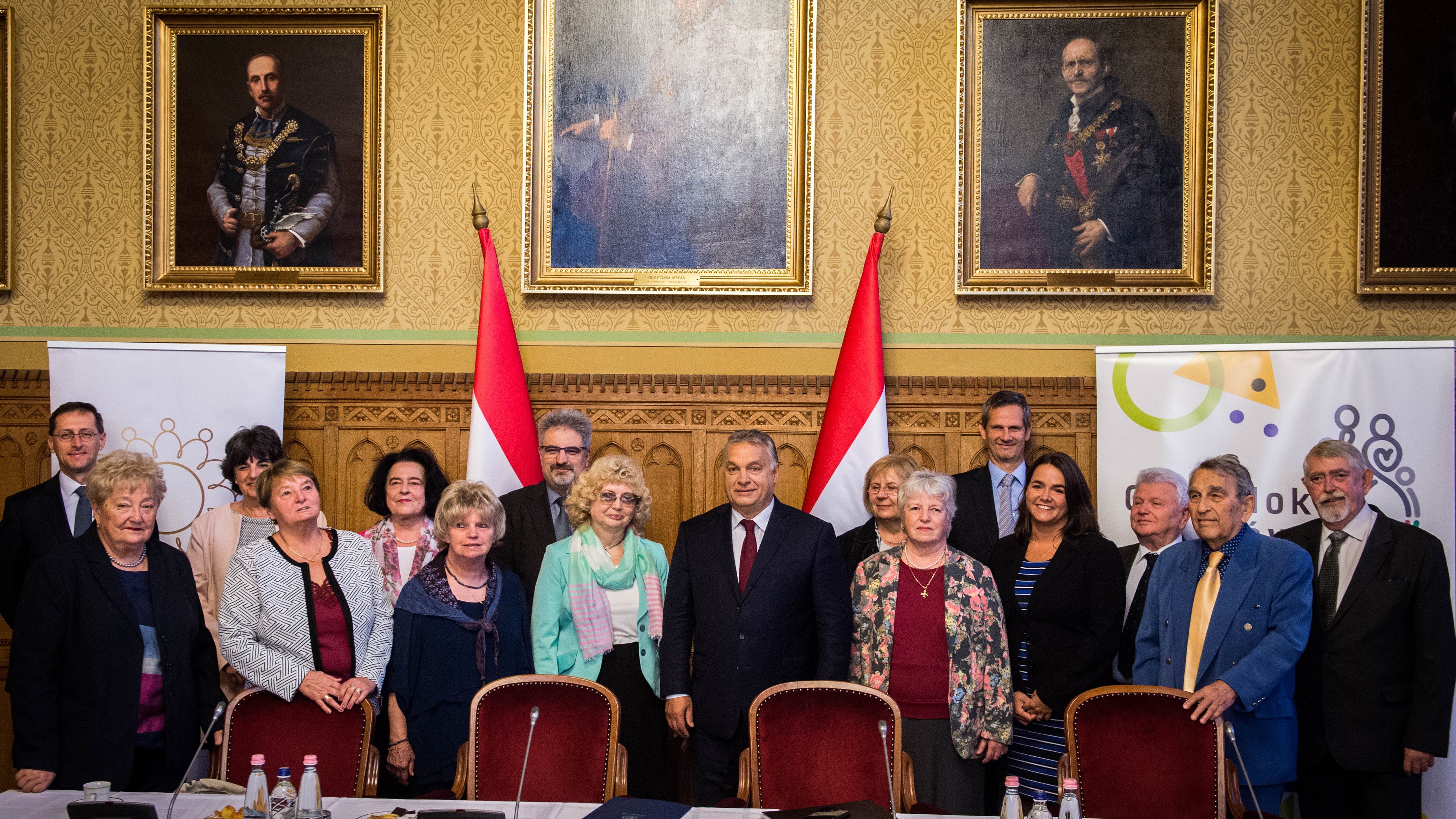 This year there will also be a pension premium, which will be higher than last year 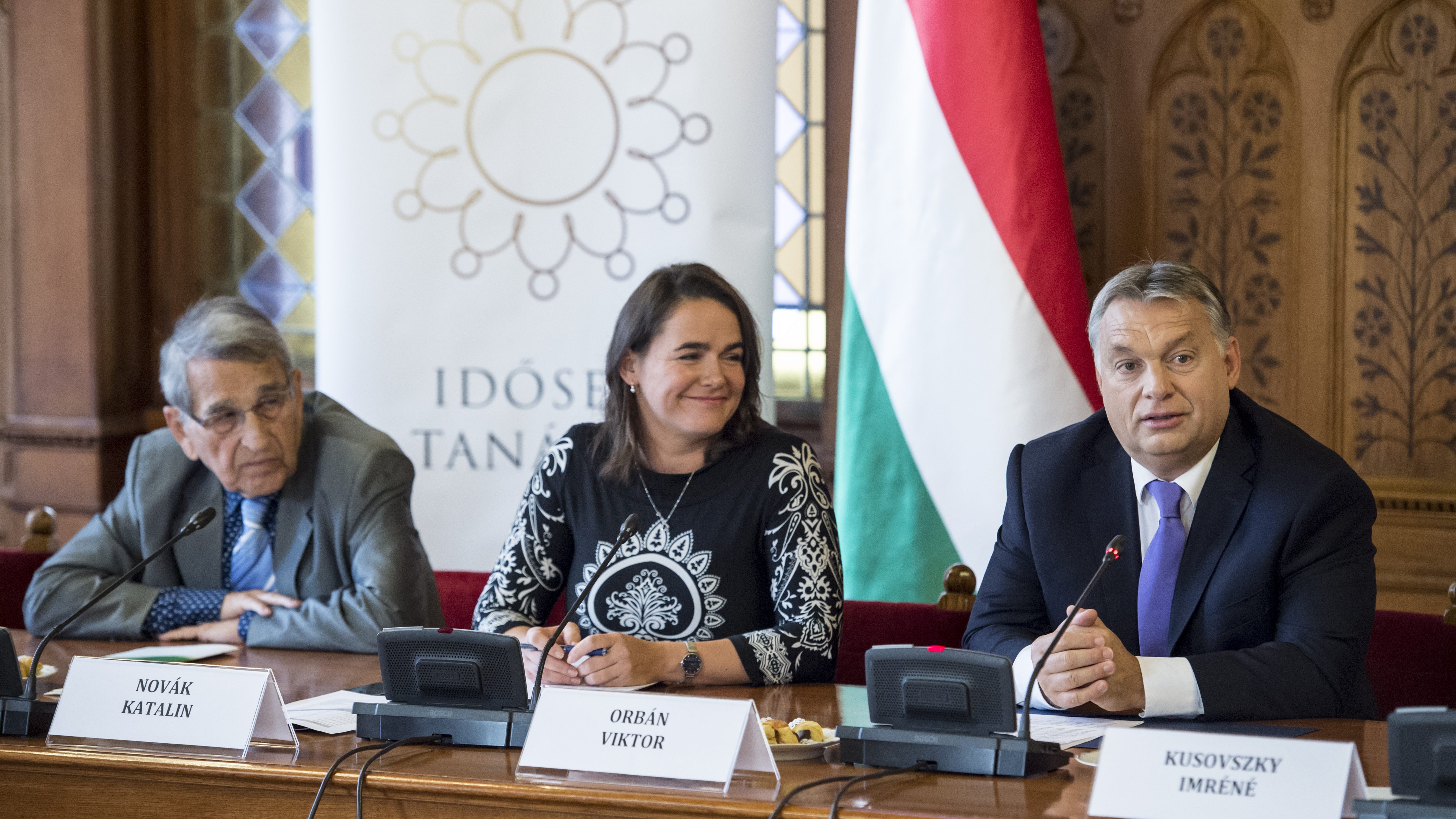