Allow me to welcome you, the honourable Mayor, fellow Members of Parliament, the Bonafarm Group’s owners, managers and suppliers, and all our guests.

First of all, I would like to perform the duties that are mandatory at times like this. There will be a bridge. We have the money for it. The real problem is that as yet there is no plan. The Hungarian national economy is generating enough money to build this much needed bridge, but construction has been delayed by planning work. Our plans also feature construction of a dual carriageway between the cities of Szeged and Pécs, although it is true that this project will not be the first to be carried out, but the second – after the road link between Debrecen and Békéscsaba. At all events, this may also be promising for you.

Naturally, here we will talk about the Bonafarm Group, a large group of companies; but we all know that we should specifically greet its President, Sándor Csányi. Without him this project could not have happened. Bonafarm Group, the Hungarian government and investors are all very well, but the truth is that we have learnt that Hungary is a country in which great plans need a strong personality to take the lead and to see them through – no matter what obstacles may emerge along the way. Now we are in the company of one such man, and without hesitation we can say that this project could not have happened without Mr. Csányi’s determination.

President Csányi, thank you, and congratulations!

As we heard from Member of Parliament Hargitai, from now on the Hungarian people may not only associate Mohács with defeat in a battle, but also with victory in a war. It is a war that we have fought for the survival of our national meat industry, and to ensure that Hungarian products of the highest quality do not disappear from our tables. We can say that in this area we are in a winning position, and today we have scored another important victory.

While today we are primarily here to inaugurate Hungary’s second largest slaughterhouse – and one of the most modern in Europe – I can say that today is about more than that. The message this plant sends to the world is no less than that the Hungarian meat industry has regained its self-confidence, and soon will also regain its old reputation. So we have reason to congratulate the management, workers and all the suppliers of Bonafarm. In order to rescue the Hungarian meat industry, it was necessary to do more than simply to state in the autumn of 2012 that we were going to create order in the domestic pork production sector. It was necessary to do more than simply develop a pork production strategy, which has seen livestock numbers in Hungary start growing again. In order to save the sector, most of all we also needed businesses in Hungary such as the Bonafarm Group. Without you, it would be hard to imagine the sector standing where it does today. The figures speak for themselves: your sales revenue of 170 billion forints; six thousand jobs; and the eight billion forints in tax that you so enthusiastically pay to the Hungarian budget. These figures convey formidable strength, but do not show the most important thing: that this is not only a successful group of companies, but also an effective and extremely well-functioning business model. The Bonafarm Group has created a production community comprising thousands of families in the countryside, for whom it not only provides a reliable source of income, but with whom it also shares the latest skills in agricultural technology. I could also say that the Bonafarm Group has built a network, bound together by trust and providing a secure living for Hungarian farmers. This is important for the Hungarian national economy, and it also has emotional significance for people like us: people from the countryside. Let me put it this way: it is good to know that people of our kind have a safe and secure future. It is good to see that the world of our own childhood has a future.

The Hungarian meat industry is beginning to regain its old reputation. More and more people – at home and abroad – are seeking out Hungarian products. Credit is primarily due to the producers, the businesses and the Hungarian people working in the sector, without whom it would be hard to imagine this successful sector being restored to its former fame. I would like to repeat what my fellow Member of Parliament Mr. Hargitai said: the path and the model pursued by the Bonafarm Group are also needed by the people of Baranya County.

You have kept faith with a region whose inhabitants – particularly the villagers – were written off more than once in the course of history. But believe me, people living here are at least as talented as the Hungarians who live in other parts of the country. The time had at last come for the people of Baranya to also feel that the country is doing better and that agriculture is doing better. The time had come for Baranya County, also, to regain its self-confidence. Therefore on behalf of the Hungarian government I would like to thank the investors for choosing this location.

For the Hungarian meat industry the last thirty years have not exactly been a glorious period. They have been characterised by a shrinking market, job losses and ever fiercer foreign competition. After the fall of communism no one understood what was happening to us. Not much earlier Hungarian meat products had been present in even the most distant parts of the world. I remember when the famous Hungarian food industry almost collapsed overnight: tens of thousands of jobs were lost, and pig farms were also closed down, one by one. Those Hungarian businesses that were able to survive in the competition emerging after the fall of communism only did so by making enormous sacrifices, and slowly but surely we were being pushed out of our own market. We didn’t understand how this could happen. Likewise we didn’t understand why others found it profitable to do things that for us were unprofitable. We simply couldn’t comprehend how in all their shops the Austrians were able to almost exclusively sell their own food products, while we had to search through the entire supermarket display cabinet to find a Hungarian product hidden at the bottom. In order for the Hungarian food industry to again make headway at full speed, we first of all had to regain our self-confidence. Because those who lose their self-confidence – or, worse still, whose self-confidence is taken from them – find it very difficult to return to their own feet again, if at all. People with no self-confidence can be dictated to, can be controlled, and can be told what to buy and what to eat – which may even be garbage.

Today we can see that without self-confidence there is no success. Like everywhere else in the world, to a large extent this self-confidence stems from the trust we have in the products that we ourselves make. For the food industry the converse is also true. If we Hungarians do not stand up for our own products, if we do not buy our own products, if we Hungarians are unable to protect our high-quality products, we should not be surprised if others do not buy them either.

Hungary is an agricultural country; we always have been, and we always will be. Naturally we have successful industry, and we hope that it will become even stronger. We have a high-tech industrial sector which we can be proud of, and we also have a system of financial institutions which works extremely well. Agriculture, however, must remain one of the national economy’s strategic sectors in the future, and all the conditions exist for this. We have inherited one of Europe’s best tracts of land, beneath our feet we have highly fertile soil free from extensive industrial contamination, and we have a temperate climate. This land is capable of supplying 15 million people with healthy food products. So the conditions exist, and success depends on us alone. What we make of our natural features and possibilities is the responsibility of businesses – and, of course, the Government. Circumstances are favourable; Hungary’s economic policy is sensible and today serves Hungary’s interests; and the political system is both democratic and stable. Good years lie ahead of us: please use them well. 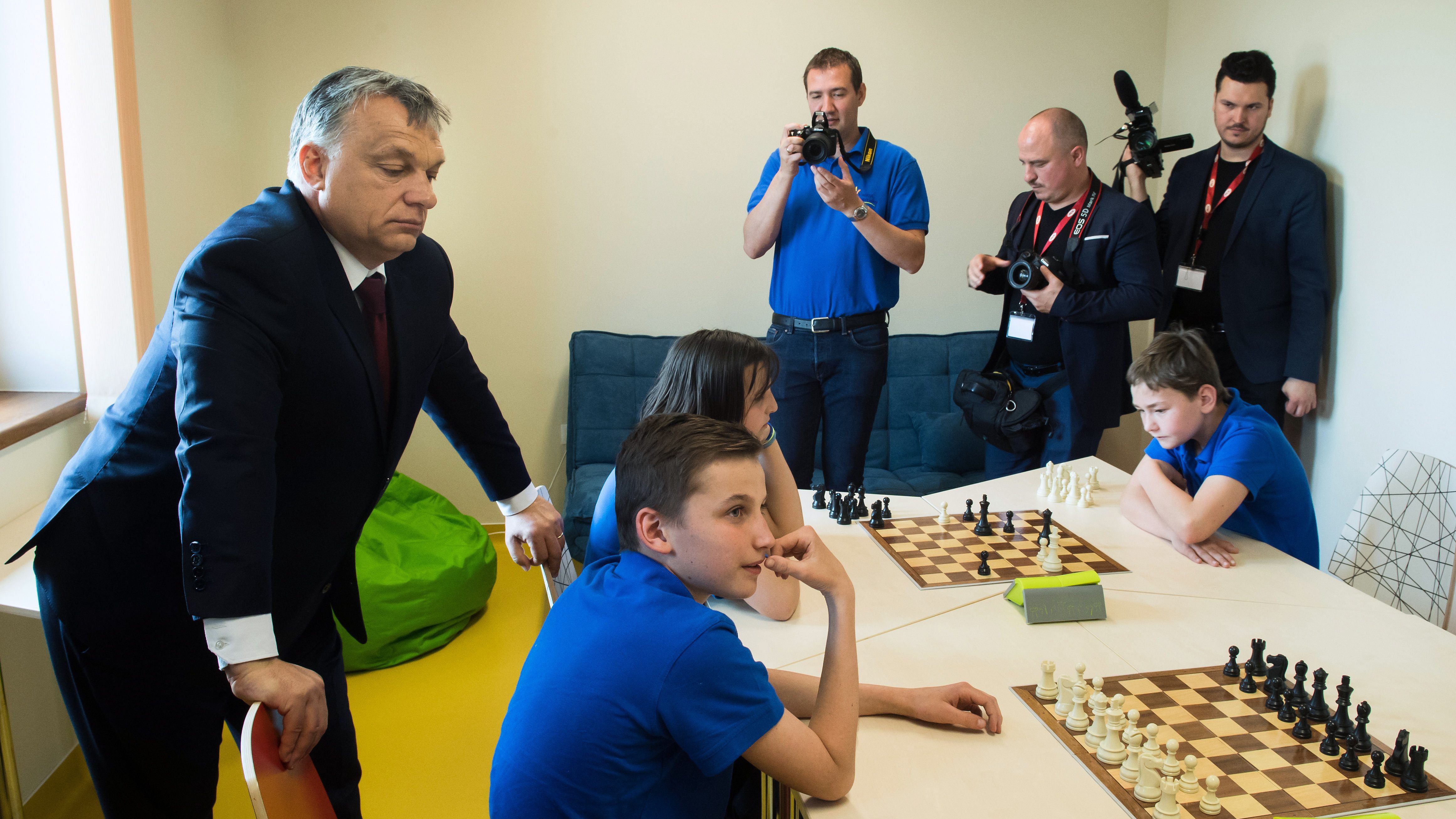