Before my speech, please allow me to briefly respond to the words of thanks. I would like to make it clear – without pathos or pomp – that, now and in the future, the people of Dunaszerdahely and the Hungarians of Felvidék [the Hungarian-populated region of Slovakia] can rely on Hungary, on the Hungarian government, and on me personally. On our way here I said to my friend Oszkár [Világi] that we should thank God that now, in the prime of our lives, we live in a time when we don’t need to ward off troubles, but can create and build things. And we should be happy that Hungarians beyond the borders and Hungarians at home have found one another, and are capable of building and creating things together not only at home, but also beyond the borders. I thank everyone who has been involved in this.

In addition to expressing gratitude I must also deliver a formal opening speech. Thank you for asking me to do this. I am grateful for the privilege of speaking to you here in Dunaszerdahely, in a part of the Carpathian Basin that is so dear to us. I extend especially warm greetings to the managers, coaches and young players of FC DAC 1904 and the MOL Football Academy. I congratulate you on the heroic perseverance and discipline you’ve shown. Thank you for being here with us. I’d especially like to congratulate the recently re-elected mayor. Just looking around me, I immediately understand why Dunaszerdahely has elected you at every opportunity since 2009 – if my memory serves me well. That’s such a long time that I realise I have some catching up to do.

All great ventures which seeking to build the future – and this venture we recognise today is undoubtedly such a one – require two things: they require economic stability and political stability. As I see it, the team of FC DAC 1904 benefits from both of these. It is also true that a precondition for every local success is the passion for football shown by the people of Csallóköz [Žitný ostrov], which was already there and served as a background for success – even before we embarked upon our great joint venture.

Your team and academy have come a long way in the past few years, and today we have every reason to feel that you have reached yet another milestone. I’d like to tell you that I came here to Dunaszerdahely from the Hungarian Standing Conference. At that annual conference, leaders of organisations from beyond the borders gather together and meet the leading figures in the Government. Today at the conference we decided that 2019 should be the Year of Hungarian Children Beyond the Borders. We will treat their lives, their needs and their standpoints as our top priority, and so in 2019 many fine and important things will also happen in the interest of children beyond Hungary’s borders. I am convinced, Ladies and Gentlemen, that our shared future – not only of the Hungarians, but also of the whole of Europe – depends on whether we can unite our efforts to raise healthy younger generations. This football academy is a fine example of the fact that, in addition to political and economic relations, Hungary and Slovakia can also practise exemplary cooperation in the area of sport. Sport is an excellent link between the peoples and countries of the Carpathian Basin – and therefore also between Hungary and Slovakia. I would also like to remind you that this academy has been realised with the joint support of Hungary and Slovakia. So this is a moment for celebration, as the result of joint will and joint resolve. This is especially important when one considers that there were times – not so long ago – when the defining features of the Carpathian Basin were discord and animosity. Since then things have changed, however. Today everyone can see that by uniting our efforts and supporting one another we can offer our citizens a more peaceful and better life, and that this multiplies our strength not only within our countries’ borders and not only in the Carpathian Basin, but also beyond: it amplifies the voice of the Central European peoples, and so that of Slovaks and Hungarians – even in the arena of Brussels.

This academy – and the cooperation forged for the realisation of this academy – is a success for the entire region, and proves that cooperation and mutual respect strengthen us, while discord weakens us.

Sport is a language, sport is our common language: sport binds us together, and encourages us to engage in honest competition. Therefore the Government of Hungary supports the establishment of sports academies throughout the Carpathian Basin. I am personally convinced that sport combines fighting spirit, communal feeling and a culture of respect in the most beautiful manner. I am also convinced that sport is one of European civilisation’s most important building blocks. Today there are many who say that sport is not important. As an engaged father, however, I can state that it is more important than it has ever been. Sport teaches us – and also our children – humility, respect for others, the importance of the community, faithfulness and loyalty. It teaches us to win honestly, and to lose with dignity.

The Dunaszerdahely academy is our third academy – after those in Topolya [Bačka Topola] and Csíkszereda [Miercurea Ciuc] – for young people in the Carpathian Basin outside Hungary. This is not the end of the list, however. There are major academy developments under way in Munkács [Mukachevo], Sepsiszentgyörgy [Sfântu Gheorghe], Eszék [Osijek] and also in Lendva [Lendava]. Here in Felvidék, in addition to Dunaszerdahely we are also supporting the establishment of football academies in Révkomárom [Komárno] and Rimaszombat [Rimavská Sobota]. The Hungarian government supports different kinds of sports academy, so it is not simply focusing on the most popular sport of football. Within Hungary, in the autumn we inaugurated the National Basketball Academy in Pécs, there is already a national academy for handball, we are in the process of building a national academy for wrestling, and we also have plans for canoeing and kayaking, and for swimming. In Transylvania a handball academy, a boxing academy and an ice hockey academy are also being built. What links these institutions is that each one of them in its own way is a power centre which radiates its beneficial effects not only to one settlement or another, but to entire regions. I am certain that many children today will one day be added to the list of Hungary’s successful elite athletes, and that the whole nation will be proud of the sportspeople who pass through our academies.

Finally, we all see that football in Dunaszerdahely is flourishing. Congratulations on this! What’s more, you can also be proud of the fact that Dunaszerdahely has provided the manager for the Hungarian national team. Here and now the most important thing, however – if I read your statistics correctly – is that over the past few years thirty young players from the MOL Football Academy have been able to play for Slovakia at their respective age levels. This is a great achievement. At the same time, everyone can see that such a rate of progress cannot be sustained without infrastructure developments. This is why the Hungarian government supported the establishment of this academy, and we are pleased that the construction of the MOL Arena is also making good progress and will be completed soon.

In closing, Ladies and Gentlemen, all that is left for me is to thank everyone who has contributed to the construction of the beautiful modern facilities here. I wish great success for every FC DAC 1904 player – the younger ones and the older ones. We are kindred spirits. Go for it, DAC! 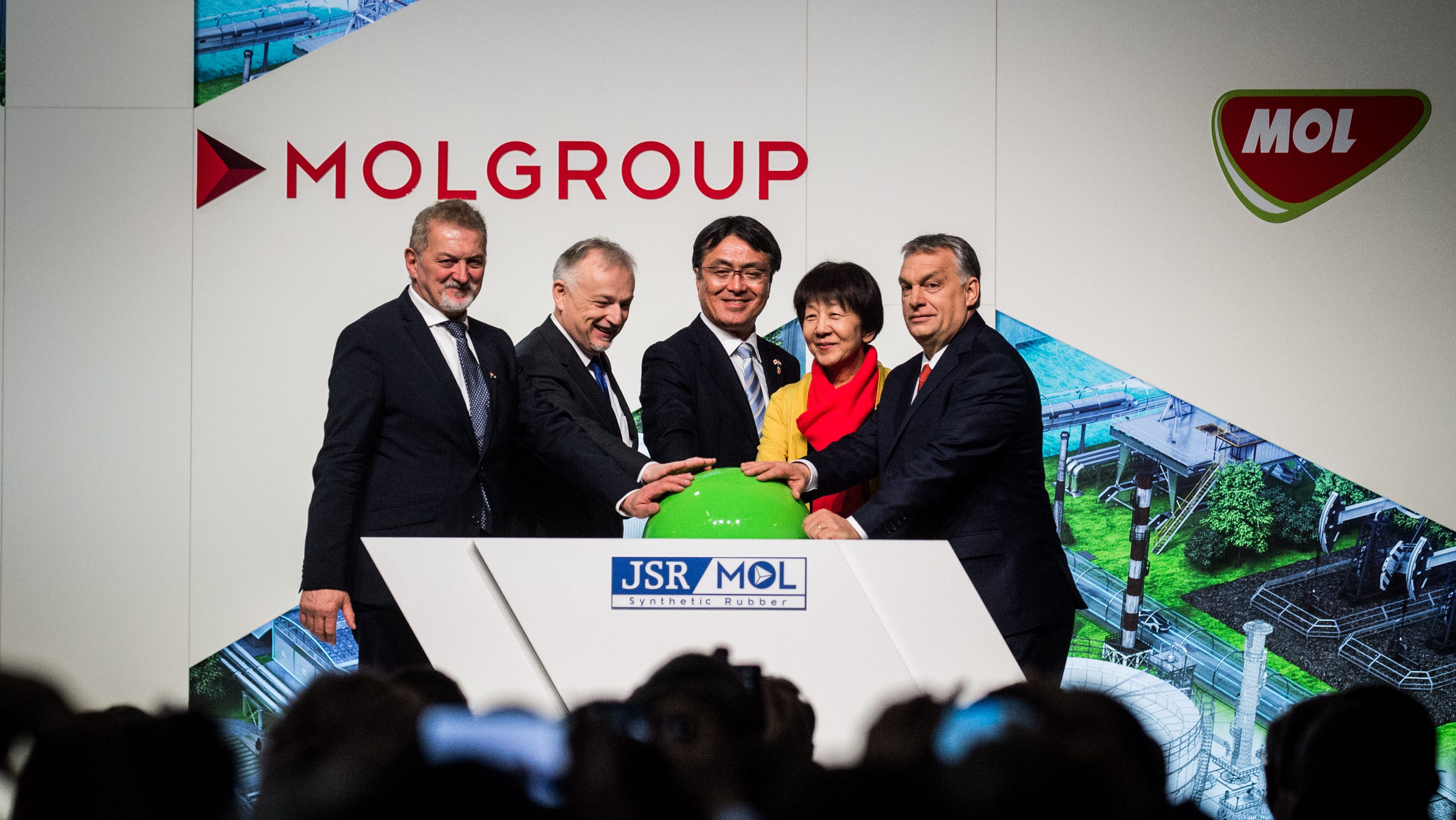