Every state decoration is about two parties: the country which awards it and the person who receives it. If we compare ourselves – Hungarians – with the entire world population, we see that we form an almost insignificant percentage of the whole. And yet if everything that Hungarians created, invented or accomplished were to immediately disappear from the world, today we would be living in a different and less exciting place. The lifework of Thomas Peterffy is a good example of the true value achieved when Hungarian creativity is set in motion in the field of science or business. Thomas Peterffy left Hungary in the mid-1960s when, in the shadow of the reprisals following the 1956 Revolution, the onions for “goulash communism” were being fried. At the age of 21 he longed to be in a place where, unlike under socialism or communism, there might be a need for the knowledge he had acquired from his teens onwards, and where a future could be built on identifying the real value of things. He arrived in the United States with no money, and not a word of English. I could say that he didn’t start from zero, but from minus one hundred; and yet he was willing to take the risk. Despite all its difficulties, for you freedom was always more precious – and is also more precious today – than the padded cell offered by a caring socialist state.

Ladies and Gentlemen,
Instead of the socialist-communist regime that was leading nowhere and was devouring its own future, Thomas Peterffy chose the free world – and the lowest level in the free world, from which he had to show perseverance and resolve in climbing the steep stairway leading to the first success. He climbed the steps one by one, with hard work and creativity. He started as a labourer, and then an engineer, to later enter the world of the stock market as a computer technology consultant: to a place where he could take two or three steps at a time. But Thomas Peterffy did more than that: he showed the world that Wall Street not only had wolves, but also inventors who value innovation over speculation. Thanks to his innovation, the era of stock traders shouting into telephones – a sight we know so well from films, and which we now find amusing – came to an end, and was replaced by electronic trading. Meanwhile, Thomas Peterffy became one of the best in a profession that brought about a paradigm shift, and one of the richest people in America and the world. We know that in your life there are things which to this day have retained their value in your eyes. One of these is that you have never lost the love and responsibility you feel for Hungary and, as a Hungarian liberated from communism, this meant that you did not lose your wariness of socialism. Listening to you, no one can doubt that socialism is a regime which never disappears, but tries to sneak back into our lives by repeatedly changing its garb. It does this to make the rich poor, and to turn the poor into beggars.

Mr. Peterffy,
Your success and achievements have filled us with pride and continue to do so, but they also set a direction for us under socialism and the chaotic period after the fall of communism, when we had to relearn the functioning of the market economy literally overnight. After the fall of communism the most important thing for us was that we could finally speak openly, and with acknowledgment of their true value, about the Hungarians who were compelled to leave our country during communism and who spread and continue to spread our reputation in the wider world.

Mr. Peterffy,
Please accept this Order of Merit, awarded to you with affection and in recognition of your work. 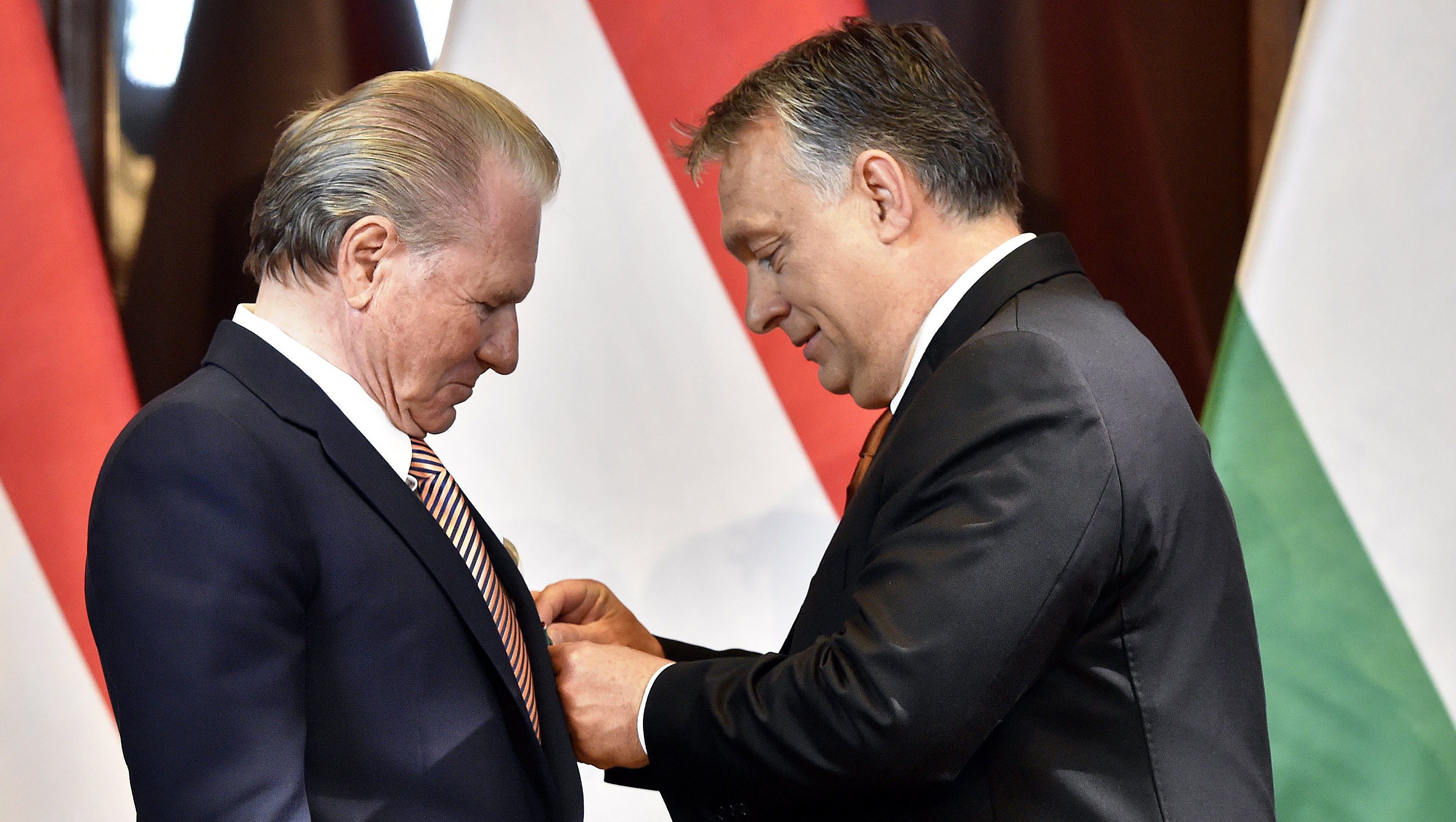