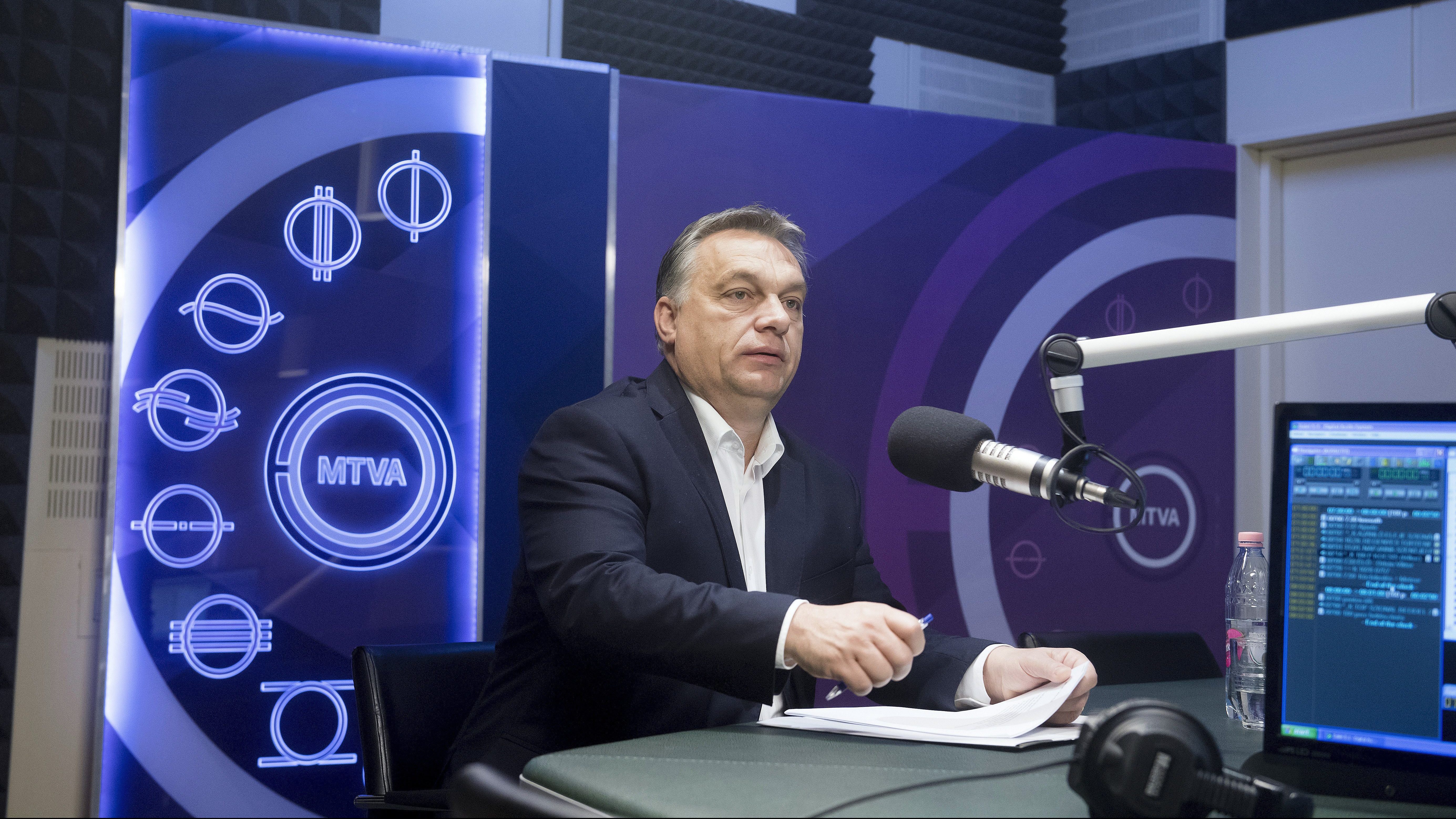 Regarding the fact that at the session of the European Parliament held in Strasbourg on the previous day a decision on the state of the rule of law in Hungary and Poland had been adopted, including with votes from the People’s Party, on Kossuth Radio’s programme ‘Good morning, Hungary’, Mr Orbán said Fidesz was one centimetre away from leaving the European People’s Party (EPP) on Thursday because the majority of the party family “betrayed us”.

The Prime Minister-Fidesz President said the only reason why they did not quit was that the French, the Spanish and the Italians “were clearly on our side” and in the debate within the People’s Party they took the view that the party should stand up for Hungary.

A governing party belongs to a party family in Europe in order to have allies when its country needs protection and help. “However, if our allies betray us – as the majority of the People’s Party betrayed us yesterday – there is no place for us there,” he argued.

However, Mr Orbán continued, there are three major countries – France, Spain and Italy – which say that the Hungarians are right, and this gives us some hope for change in the EPP. “Hope that is diminishing by the day, but still exists. Otherwise this morning we would no longer be members,” he said.

He said he had consulted Austrian Chancellor Sebastian Kurz on the matter, he would meet with the leader of CDU and German Chancellor Angela Merkel, and he would also like to talk to President of the People’s Party Donald Tusk; after that, “a decision will have to be made”. He stressed that it is certain that “things cannot go on like this”. If the EPP fails to stand up for Hungary, then “we will have to launch a new European movement of a Christian democratic nature” and “we will have allies for that”.

In the context of the Strasbourg vote, he also highlighted that there is nothing surprising about the fact that the pro-immigration majority of the European Parliament – the socialists, liberals and greens, of which the Hungarian opposition also forms part – vote against Hungary as they hate Hungary’s anti-immigration position.

While this network advocates for a mixed, new Europe, Hungary wishes to respond to demographic problems not with migrants, but with Hungarian children, he pointed out.

In the radio interview, talking about the damages awarded with reference to prison conditions in Hungary, Mr Orbán said “a group of clever, well-known lawyers” realised that the European regulations about torture are so loose and absurd that with reference to them “one can run a lucrative business”. They will also have to deal with the persons of these lawyers because “at the end of the day, they have taken billions of forints out of the state’s pocket,” he added.

He observed that “the record holder of the prison business” is a 33-year-old man who was awarded HUF 8 million in damages after spending 8.5 years in prison.

The amounts awarded and paid now exceed HUF 10 billion, the Prime Minister said, stating that he regarded this as an abuse of the law. Therefore, they will suspend the payment of damages and the government will ask Parliament to change the relevant regulations.

At the same time, he expects “these fair lawyers” to turn to the European Court, and based on his experience of European judges, they also believe that it is a genuine problem that “prison cells are not sunny enough”. However, it is still better to highlight the absurdity of a rule than “to fork out like a fool,” he said.

Regarding the new Austrian government, he said six months ago the right-wing Austrian coalition government had been “obliterated” with a secret service operation. In his view, the future is with the European centre-right seeking to forge cooperation with parties to its right on a Christian basis. In this respect, he believes that Austria is a first swallow, he added.

With the elections in Austria after the scandal, “another first swallow” arrived on the scene, the coalition of a centre-right party and a green party, he said, indicating that the Austrian government is responding to the two great challenges the world is facing – migration and climate change – with this composition.

The Prime Minister said what is most important from a Hungarian point of view is that there will be no change at all as regards the issue of immigration, the Austrians continue to uphold an anti-immigration stance, and are staunch supporters of border protection. On the other hand, he highlighted that the Austrian Chancellor supports the enhancement of competitiveness which is in harmony with the V4’s position.

It is bad news, however, that the Austrians are staunchly against nuclear energy, and challenge all nuclear energy projects which affects not only Hungary on account of Paks, but also the Czechs.

In the context of the educational segregation of Roma children in the settlement of Gyöngyöspata, the Prime Minister pointed out that “the Hungarian people are not racist, and do not reject the Roma as a matter of course”; however, the Hungarian people will never accept giving money for nothing.

An unfortunate court decision was adopted, and as an additional circumstance, those who instituted the lawsuit are also backed by “Soros organisations”, he said in conclusion.

He sees the case as provocation, he said, which could torpedo the improvement of the state of Roma-Hungarian coexistence and the policy which seeks to lift the Roma out of deprivation.

“We are ready to provide anything, but money is the one thing we cannot just give away,” he said, also observing that the school practice in question started during the term of the left-liberal governments, while Fidesz-KDNP introduced a different type of integration model.