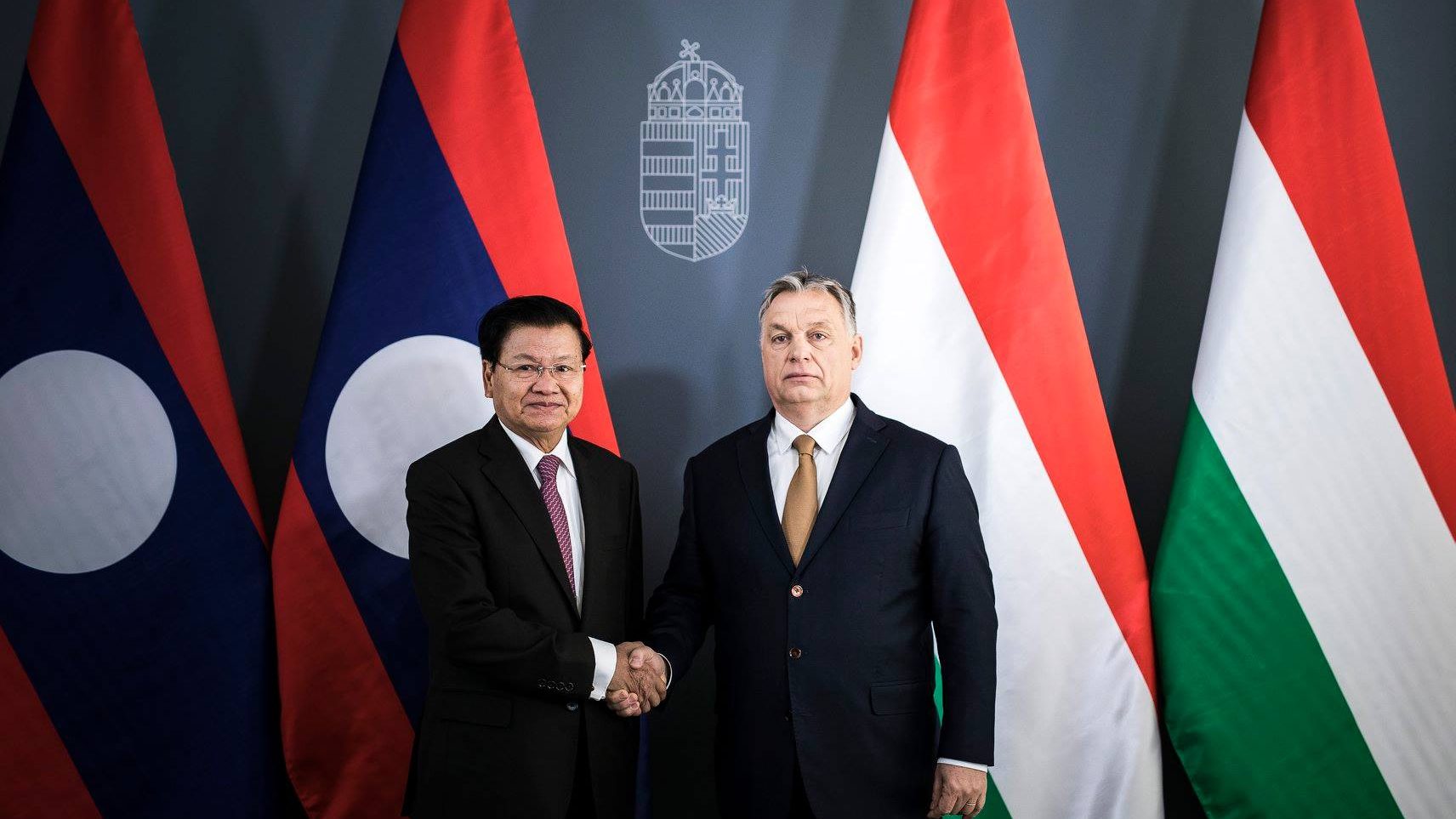 At a joint press conference, Mr. Orbán also said that Hungary will be opening a diplomatic representation in Laos, and will launch the fourth phase of their tied aid cooperation. In relation to the latter, he explained that Hungary is providing significant tied aid loans to Laos, as a result of which several Hungarian investment projects may be realised. He added that investment financing loans already total tens of millions of dollars, and as a result trade flow has increased by 500 per cent over the past two years.

“We have also opened a 45 million dollar credit line to facilitate business cooperation”, the Prime Minister said, noting that the parties hope that following the tied aid loan programme, purely business-based cooperation will also come about between entrepreneurs from the two countries.

The Prime Minister also called education a priority area of cooperation, noting that there are more than 300 people in important positions in Laotian society who went to university in Hungary, and there are currently 186 Laotian students studying in Hungary with Hungarian state scholarships. He announced that an agreement has been reached to increase the annual number of these Hungarian state scholarships to one hundred.

Mr. Orbán said that Laos is twice the size of Hungary, and the two countries are divided by thousands of kilometres, but despite this the two countries are linked by many decades of friendship, which is “the greatest asset in modern diplomacy”. He added that at Monday’s meeting the parties discussed how this friendship could be exploited.

Mr. Sisoulith also called the Budapest talks a success, and expressed his thanks for relations having been elevated to strategic level.

The Laotian prime minister also expressed his thanks for the support provided by Hungary, expressing great appreciation for financial aid which has contributed to the construction of facilities that are helping the development of the Laotian economy. He stated that through the various tied aid loan packages – the total value of which now approaches 300 million dollars – Hungary has very actively contributed to the development goals of the Laotian economy.

He noted that the assistance provided by the increase in the number of students on scholarships gives Laos the opportunity to plan professional training in the long term.