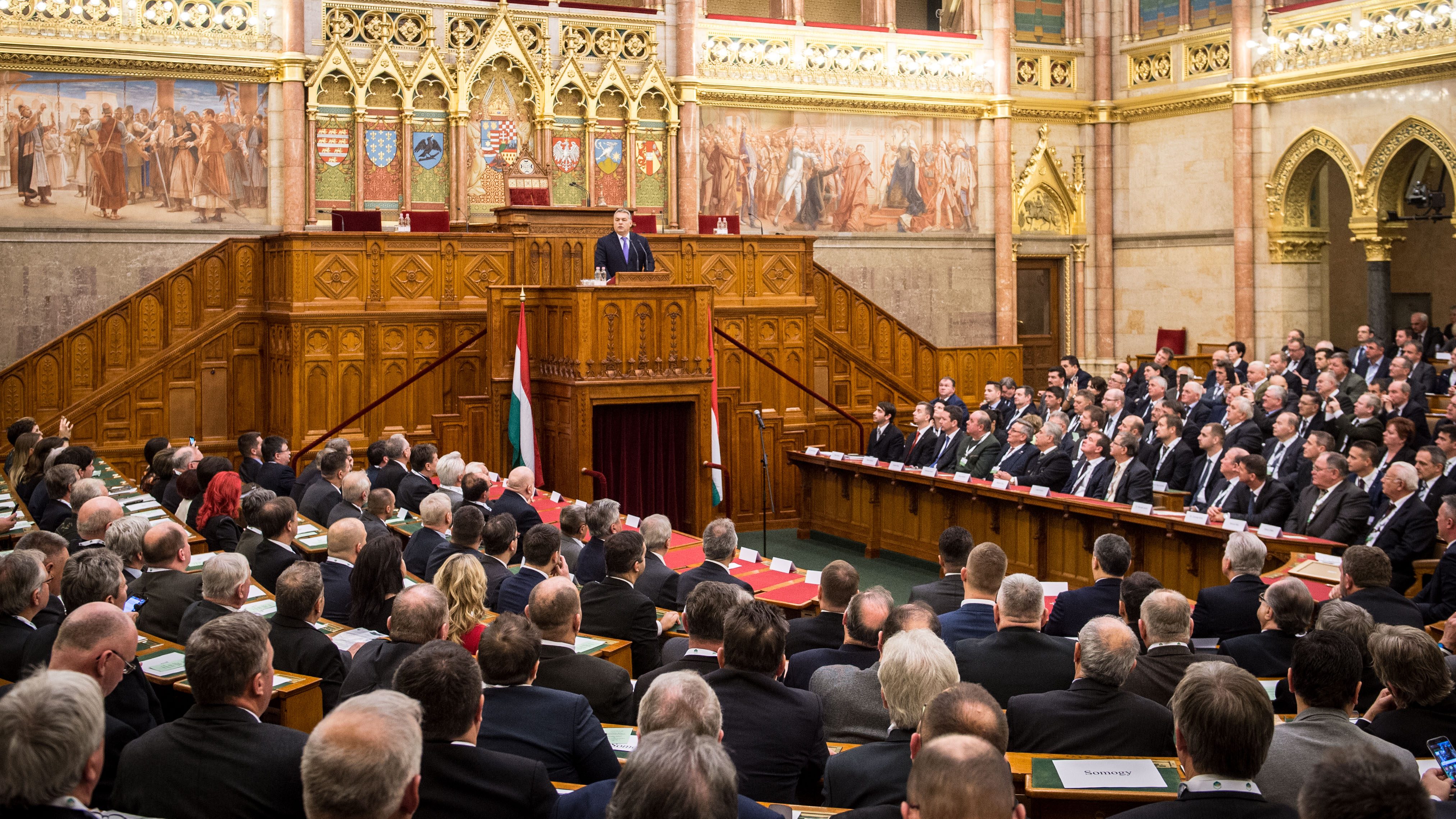 The Prime Minister said that the Hungarian economy has three treasures: the Hungarian people, land and water. He remarked that a primary obligation of the government of the day is to protect and enhance these treasures.

Speaking about the need to keep agricultural land in Hungarian ownership, Mr. Orbán declared that Hungary shall not be the “front garden” of any other nation, adding that “The ABC of our life as a nation is the following: this is our land and our work; we are entitled to it and we must also profit from it”.

There are countries, he continued, where conservative estimates suggest that around one third to half of all agricultural land is in foreign ownership. Mr. Orbán said: “The local farmer simply stands there, watching the foreign landowner doing just what he himself can do equally well […] The local farmer will just stand there, and with a dismissive wave of his hand and a heavy heart go off to Spain to pick strawberries as a guest worker. This is just what cannot be allowed to happen in Hungary – at least while I am prime minister”.

The Prime Minister referred to the Chamber of Agriculture as one of the pillars of Hungary’s future, adding that, together with the Chamber, “we fought side by side to keep land in Hungarian ownership”.

In his speech Mr. Orbán also stressed that in a referendum initiative some twenty years ago the National Association of Hungarian Farmers’ Circles and Farmers’ Cooperatives (MAGOSZ) joined forces with civic circles to prevent land sales which had been planned by the government in office at that time. “This is an old and tested alliance”, he said, stating that in the decades to come each government – at least if it regards itself as a national government – must continue the political tradition of smallholders.

Mr. Orbán said that he envisages a bright future for Hungarian agriculture, although he noted that it faces threats from Brussels “bureaucrats with a gleam in their eye”, who want to allocate ever more funds from the EU budget to a variety of goals – such as ad hoc responses to problems caused by illegal immigration. He observed that Brussels is urging for money to be taken away from the traditional development funds, including those of the Common Agricultural Policy. He stated that “We have a situation in which they are bringing here millions of people whom we did not invite – and on top of that, they even want us to foot the bill”. This, he pointed out, is unacceptable.

At the same time he indicated that the Hungarian Ministry of Agriculture has fought well, as the majority of Member States have accepted the Hungarian position, and the agricultural funds for this financial term are not in danger. After 2020, however, major struggles on this matter can be expected, he pointed out, adding that the Hungarian government believes in the need for a common agricultural policy that in the future will continue to receive adequate funding.

Mr. Orbán also observed that since 2010 Hungary has been among the top three EU Member States in terms of the growth of its agricultural sector: from 2010–2017 agricultural output has increased by more than 25 per cent in real terms, and by more than 50 per cent nominally.

He said that in the past seven years an extensive subsidy scheme has been introduced, and its direct subsidies have given local producers access to a total of HUF 396 billion: 52 per cent more than in 2010.

Mr. Orbán went on to highlight that in the period leading up to 2020 the highest possible level of national funding will be allocated to the beef, dairy, sheep and tobacco sectors. At the same time, there has also been a focus on areas which are not subsidised by the EU: since 2010 subsidies for the poultry and pork sectors have tripled.

He described the ageing demography of those working in farming as a major challenge, however. In order to reverse this process, efforts are being made to help well-trained young farmers in the development of their businesses.

The Prime Minister also said that, as a result of the Government’s agricultural estate policy, state-owned plots have been transferred from large farmers to small- and medium-sized holders.

He stressed the strategic national importance of countering the dumping of inferior-quality foreign goods on Central Europe, as “we Hungarians are able to produce high-quality Hungarian food products”.

Towards the end of his speech Mr. Orbán said that the Cabinet is providing the Hungarian Chamber of Agriculture with funding of HUF 9 billion, which will be used to launch information programmes and a national frost damage protection scheme.

He told the delegates that “If in April 2018 the Hungarian people once again authorise us to form a government, you can rely on us, and together we can implement our programme for your profession”.

Hungary is fundamentally an agricultural country, the Prime Minister said, and therefore agriculture must remain a driving sector. In closing, he stated that “Strengthening Hungarian agriculture is the cornerstone of Hungary’s sovereignty and independence. Hungarian farmers are the chief custodians of Hungarian independence and Hungarian freedom”.