In his speech at the event, which was held at the Hungary Academy of Sciences, the Prime Minister stressed that “Since 2010, Hungary has been pursuing an economic policy that is centred on growth; both current and mid-term economic growth are well above the EU average”.

According to Mr. Orbán, Hungary can be rightly proud of its results so far, but what the country has achieved to date is only half of what it can achieve. “Hungary may be capable of doubling its current economic performance, and this is not just an opportunity but also a necessity, which we must achieve within the medium term”, he stressed.

Hungary is capable of achieving full employment, and there is a realistic chance that everyone who wants to work has job opportunities. Hungarian is also capable of “placing strong and innovative Hungarian industry behind large, international companies”, he pointed out.

The Prime Minister also said that Hungary must construct a financial system designed for times “following the periods of EU generosity […] Since 1990 the EIB has contributed 19.3 billion euros to the development of the Hungarian economy. For a major part of this period Hungary was not yet a member of the European Union, which indicates that financial constructions exist which served the development of the economy well before we were even members of the EU ”, he stated.

According to Mr. Orbán, “it is worth standing beside Hungary […] This is the only country in Europe in which since 1990 there has not been an early election and every parliament has served its full four years; there is no clearer indicator of Hungary’s dependability”, he said.

The Prime Minister welcomed the fact that a refinancing agreement for the construction of gymnasiums, swimming pools, sports pitches and nursery schools worth some 30 billion forints (EUR 96M) was concluded at the event.

Public health is related to the demographic crisis, he said. “Today in Europe there are two types of behaviour in relation to this: either it is not spoken about it, or it is thought that the demographic slump can be solved through immigration. In contrast, Hungary is travelling a third path, and our standpoint is that ‘our final hour has not yet arrived and we still have a little time’, and the trends can be reversed. This requires suitable support for families and a suitable family policy, to which we are allocating resources”, he declared.

Referring to issues including uncertainty over Brexit, negotiations on the transatlantic free trade agreement and worsening relations between the EU and Russia, Mr. Orbán said that today is “not a comfortable time […] It has been a long time since we were in such need of successes. Historical experience and historical truth are insufficient to ensure the continued existence and strengthening of the European Union; if there are no successes then it will be difficult to keep the EU together in the long term and to maintain a community in which the Member States are happy to participate”, he explained.

“In such a situation the EIB has a huge responsibility, and without the bank it is almost impossible to achieve economic success in Europe”, Mr. Orbán declared. “The goal of the EIB is to facilitate development, and following the Second World War it provided an essential financial background to a whole European generation, thus enabling the EU to become a success story”, he pointed out.

“If we were to examine to what extent European institutions have remained true to the spirit in which they were founded, the EIB would certainly occupy a prominent place on that list”, he noted.

“It is an interesting institution, in that its primary goal is not simply profit, and this is something its shareholders have accepted”, he said, adding that “despite this the EIB has realised a profit ever since it was founded”.

“Money is not a goal, but an instrument which enables us to create a more intelligent, healthier and more competitive Hungary and Europe, to create jobs and to speed up innovation and development in every area – in other words, to create a future. The people at the EIB understand this”, the Prime Minister said.

The EIB is “a fixed point in an uncertain world”, he stated. “The reason we need the EIB is that while we want to see Europe as a more competitive continent, the facts are not too promising, the level of investment and the unemployment figures are not satisfactory”, Mr. Orbán said.

“Today we have concluded an agreement with the world’s largest growth bank; last year the EIB provided 77.5 billion euros in investment project loans”, he stated. 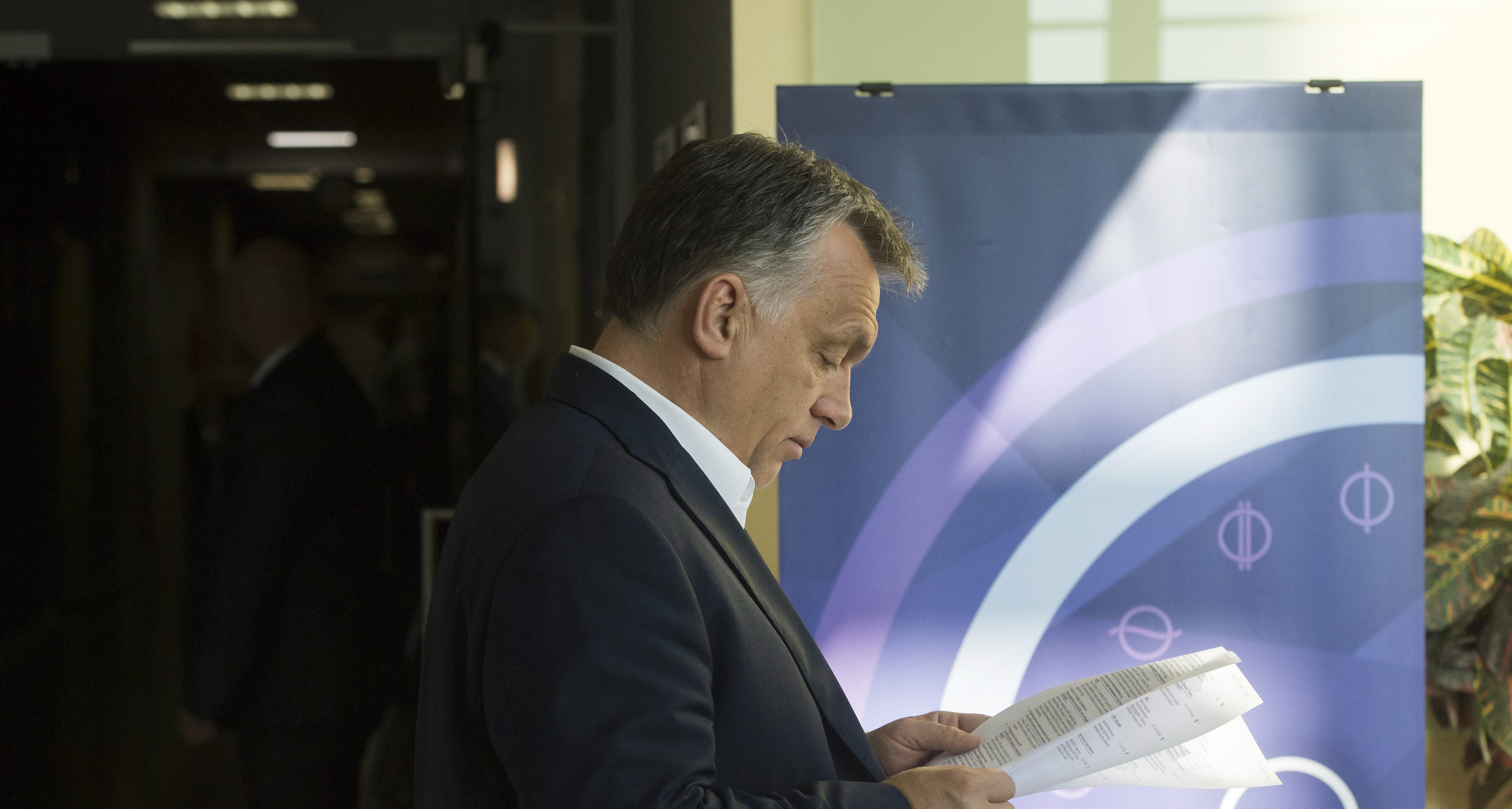 The Hungarian economy has the resources for a modern education system 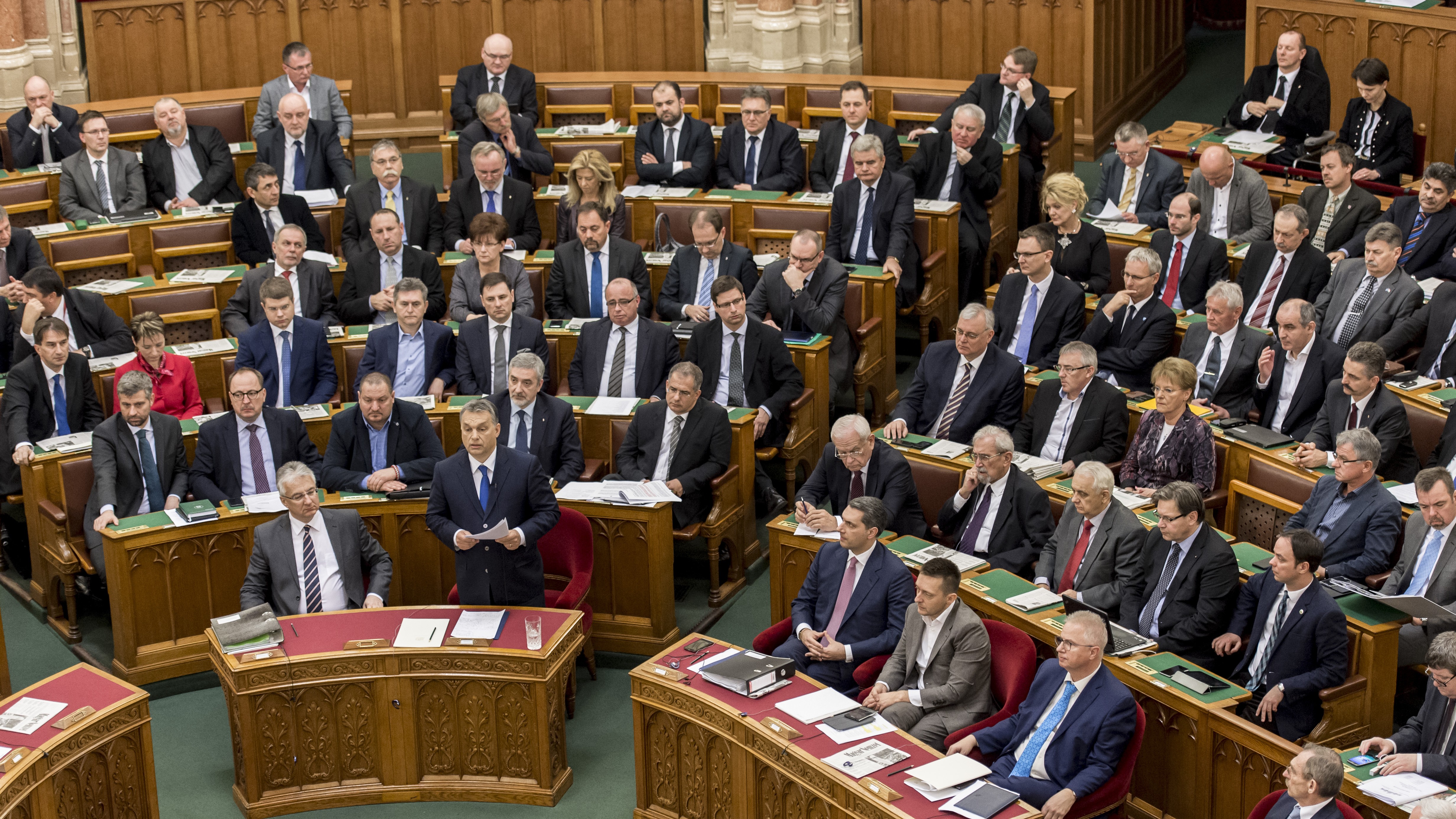