Assessing the election, the Prime Minister and President of Fidesz said that “the Hungarian people identified the most important issues: immigration and national sovereignty. From the election result I can conclude with absolute certainty that the Hungarian people have stated that they alone may decide on who they wish to live alongside in Hungary […] this decision is binding on us”.

Hungary, he said, is “a European nation which wants a strong Europe, comprising strong Member States.”

According to the Prime Minister, the Government must stand up in support of a Europe of nations, and not a “United States of Europe”.

In relation to the Fidesz-KDNP alliance’s election victory, he said that “support for us is clear, and we have received a strong mandate. Indeed, if we look back over the past thirty years, it is one of the strongest mandates – if not the strongest”.

The Prime Minister also stated that “we will not simply continue the Government’s work, but form a new government: we do not intend to extend the previous term, but instead begin a new term.” Every minister and minister of state has finished their work, he said.

Accordingly, Mr. Orbán said, significant changes and modifications can be expected, with the formation of a cabinet made up “mostly of new people and partly of new structures”. Mr. Orbán explained that at Tuesday morning’s meeting of the Fidesz board, he had been given a mandate to begin the work of forming a government, and had already contacted the KDNP to begin negotiations. “I believe there is no reason to involve any other coalition party”, he said, adding that the negotiations on formation of the new government could take 3–4 weeks.

In reply to another question, the Prime Minister said that his intention is for the upcoming term in government to focus on demography.

Mr. Orbán thanked those who had taken part in managing the election, and also the press, which “helped to ensure that every message was communicated to the electorate”.

In his assessment of the election, he said it was also a celebration for the people, and this is one of the reasons why voter turnout was so high. Of the campaign, he said it was “energetic and intensive, and all its messages were communicated to the electorate”, thanks to the modern structure of Hungarian public discourse.

In response to a question about an opposition demonstration planned for Sunday, Mr. Orbán said: “The people have decided – end of story.”

In relation to a possible return to government for Central Bank Governor György Matolcsy, the Prime Minister said that for the moment he had only had the opportunity to briefly ask Mr. Matolcsy how the money markets had reacted to the election result. The answer he had received on this was reassuring, but nothing else was discussed.

In relation to the character of future economic policy, he said that he belongs to the “Matolcsy school” of economics – the fundamental principle of which is that finances must be in order; and so one can count on further falls in government debt.

On the subject of the “Stop Soros” legislative package, Mr. Orbán said that the bill had been submitted to Parliament prior to the election precisely to enable the people to come to a decision with full knowledge of these plans. He said that it seems that the electorate have indeed backed those who submitted the bill. “We feel that we have a mandate to adopt the legislation”, he stressed.

Asked whether any of the opposition parties had congratulated him on the election victory, the Prime Minister said that he belongs to the school in which one congratulates one’s opponent after losing. He said that “I have been in that situation. Obviously I will experience it in the future”, adding that, however, “There are other schools too.”

On the other hand, Mr. Orbán reported that President of the European Commission Jean-Claude Juncker had phoned to congratulate him, and he had invited Mr. Juncker to Hungary. The visit is expected to take place within a week or two.

Asked about the possible closure of Hungarian daily Magyar Nemzet and Lánchíd Radio, the Prime Minister did not wish to comment, explaining that he does not involve himself with business issues, and that the future of privately-owned media will be decided by the owners.

With respect to the opposition’s relative success in Budapest, Mr. Orbán said “we must work harder in Budapest”, which, as the nation’s capital, “is close to our hearts”.

Concerning the criticism of the Hungarian parliamentary election voiced by the OSCE, the Prime Minister simply said that in relation to the Hungarian election the organisation had put forward a political opinion, to which his response is “Thank you for your comments.”

The Prime Minister was also asked whether he thought Central European University would continue operating in Budapest, to which he replied that the new cabinet has not yet discussed this issue.

In reply to a question on the fairness of the electoral system, he pointed out that under the British system Sunday’s election result would have been a landslide victory. He also underlined, however, that he will strive to serve the “three-thirds majority” of Hungarians.

In response to a question on the possible introduction of a presidential system, the Prime Minister also made it clear that the view of parliamentary democracy as the most secure and transparent system for Hungary remains valid.

In relation to the “amends” he had mentioned in his speech on 15 March, Mr. Orbán said he had not used the word “revenge” at all. He added that everyone must respect the given legal frameworks. He noted that the people had decided from a political perspective, and he thanked them.

The Prime Minister also spoke about foreign policy, and promised that in the future Hungarian-Bavarian and Hungarian-Polish relations will continue to enjoy priority attention.

In reply to a question on possible changes to the Hungarian government’s policy in relation to Germany, Mr. Orbán said: “As soon as we find out what Germany’s policy is, I’ll be able to answer that question immediately.” In closing, he said that “We would like to continuously improve relations with every country, and this is also true of Germany. I was not elected by the German people, however, but by the Hungarians.”

Only strong, self-respecting nations can stand their ground against imperial threats 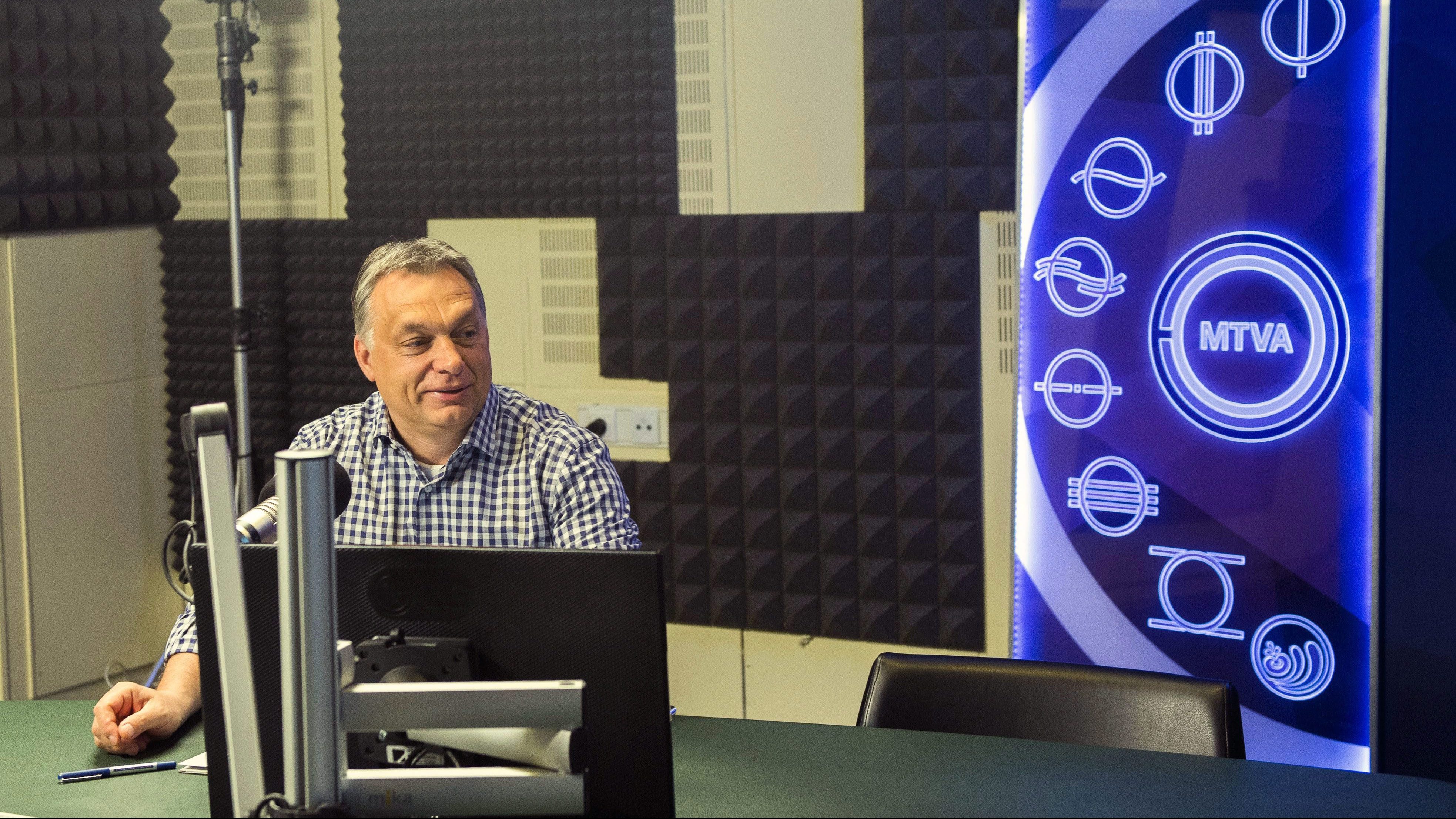